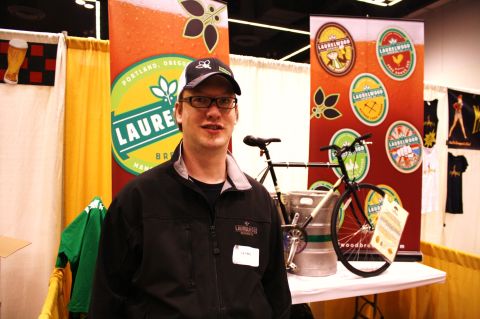 There are lots of new brew developments in Bend, Oregon – city of about 80,000 people making a run for crown of most breweries per capita.  As you’ve probably already heard, the biggest story of late could be that Deschutes Brewery Brewmaster Larry Sidor will be stepping down to start his own 856 Brewing LLC. in the Central Oregon city. However, there are a lot of other beer news unfolding in Bend.

Today Brewmaster Chad Kennedy of Laurelwood Brewing announced that he will leave his post at the NE Sandy Blvd. brewery in Portland in July to began work on a new production brewery in Bend. Kennedy’s last day at Laurelwood will be July 1. He half-jokingly states that he is going to “see how many breweries this state can handle.” Kennedy says more details will come next month.

In a statement to Brewpublic via email, Kennedy informed us of his new brewery: “Suffice it to say it’s a production brewery so you’ll find the beer in Portland too.”  This is good news for Portland, though the charismatic and talented brewer will certainly be missed around the Rose City.

In further Bend beer news, an aspiring brewpub called The Ale Apothecary looks to open at 61517 River Road in Bend. Founder and former Deschutes lead brewer Paul Brian Arney formed an LLC as a beer and ale merchant wholesaler in May of 2011, and has just applied for a brewpub license with the OLCC. On a recent trip to the Willamette Valley, Arney picked up some wine barrels and stainless to be used for his forthcoming brewery. 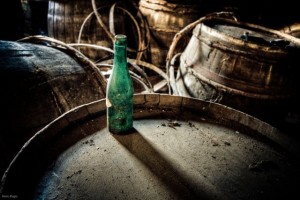 An excerpt from Arney’s website, http://mountainbrewery.org reveals some of his ideas for making The Ale Apothecary stand out from the pack:

For a DIY operation that is relying on my intellectual property to succeed, I can’t go posting everything to the world prior to the release.  Too many $vultures$ out there, ready to swoop down and peck out my eyes.  However, let’s review:

Yes! Read more about Arney’s new brewery in this post by The Brew Site. 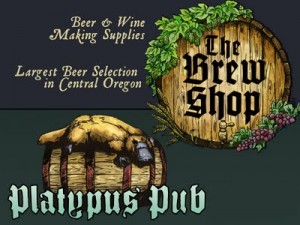 The Brew Shop, one of the best retailers for winemaking and brewing supplies in Central Oregon (currently located at Currently at 2425 NE Division Street in Bend), announced that they are moving to a new location at 1203 NE 3rd Street in Bend where they will ad a pub called the Platypus Pub. Proprietor Tom Gilles tells us that the shop expects to move mid-July, adding he foresees the end result being “Something like a Steinbarts/Belmont Station/Beer Mongers/Bier Stein combo.” The new buildingon NE 3rd is an old church that was converted into a restaurant in the 70’s, and is described by Gilles as “a classic iconic place in Bend.” Gilles adds “We will have everything beer related: Brewing supplies, over 500 bottles, fifteen rotating beers on tap as well as great beer drinking food.”

Brewpublic is excited to announce that we are organizing a special Bend Beer Night at the BeerMongers in Portland on Friday July 8, 2011. This Oregon Craft Beer Month celebration will include beers, brewers, and representatives from 10 Barrel Brewing, Bend Brewing, Boneyard Beer, Cascade Lakes Brewing, Deschutes Brewery, Silver Moon Brewing, and Three Creeks Brewing.