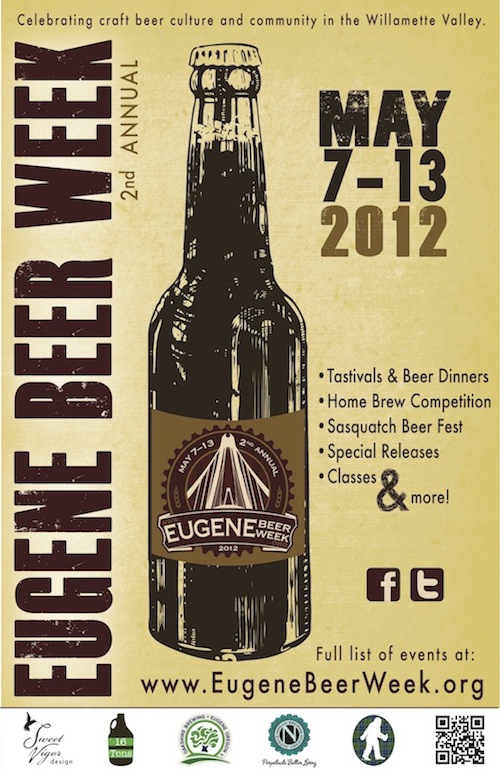 Eugene, Oregon hosts its 2nd annual Beer Week May 7-13, 2012. Eugene Beer Week is a celebration of craft beer culture in the Willamette Valley.

The grass roots nature of this event brings a focus to Craft Beer and Eugene in a way that few, if any, events ever have. EugeneBeerWeek.org is the hub for the week with detailed information about all of the beer related events taking place. Events will be added to the website as we get closer to May.

Get Involved in Eugene Beer Week!!