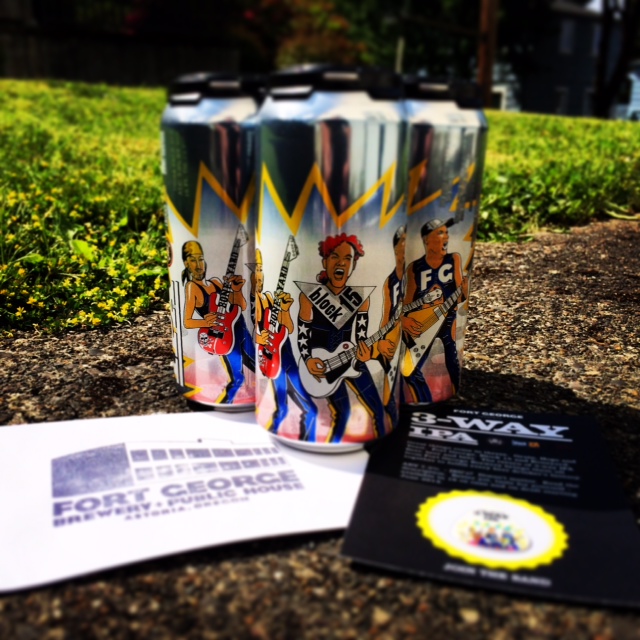 Fort George Brewery returns this year with two new partners for their 3-Way….IPA that is. Astoria’s Fort George invited Boneyard and Block 15 to join in on the fun, tongue in cheek collaboration for this go around. And this year’s 3-Way IPA got an early start as 4-packs are currently hitting store shelves.

Everyone knows great things come in threes.  Grain, Hops and Yeast.  Rock, paper, and scissors.  Beer, beer, and beer.  Fort George, Boneyard, and Block 15.  This summer, 3-Way IPA is back, combining the best of these three breweries into one IPA. 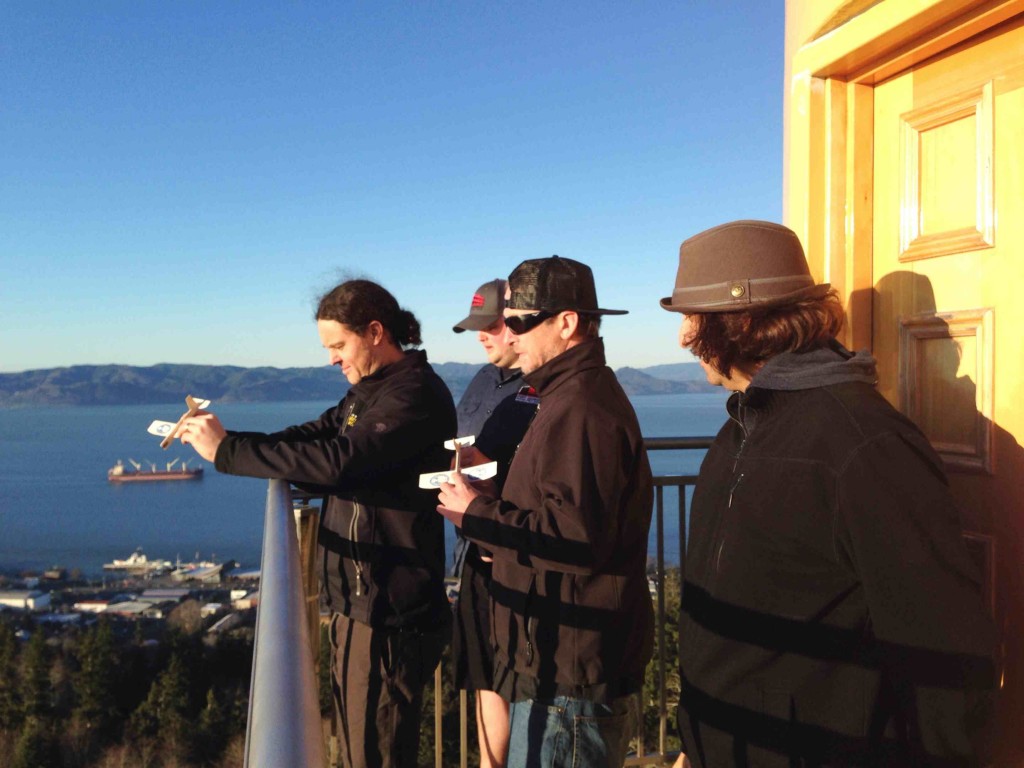 This year’s collaboration began back in January when Nick Arzner (Block 15 – Lead Vocals) and Tony Lawrence (Boneyard – Lead Guitar) traveled out to Astoria to visit with Fort George. Following a tour of the waterfront, and a few balsa wood airplanes tossed from the Astoria Column, everyone sat down to sample IPAs and hash out the recipe.

“We like to work with breweries that we think are doing amazing things,” says Fort George co-owner Chris Nemlowill (Rythym Guitar – Flying V). “Boneyard and Block 15 are making some of the best IPAs in the Northwest. These collaborations give all of us a chance to learn from one another, and to keep improving our beers and brewing techniques.”

Organic 2-row barley (Fort George still couldn’t get 3-row) gives 3-Way IPA a solid, crisp profile and clean, straw-colored hue. Showcasing a trifecta of hops with Mosaic, Citra, and Chinook, this beer packs a huge citrus punch, with earthy hop undertones. All of this packs in a respectable 7.2% ABV and an absurd amount of IBU’s. 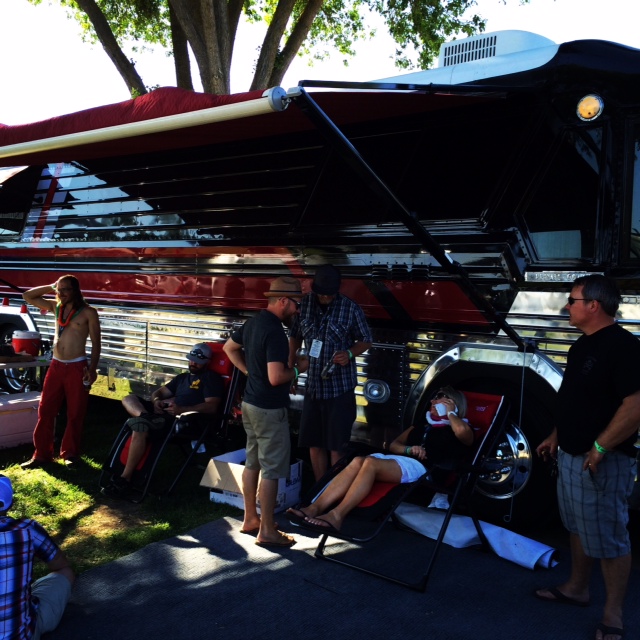 We were lucky enough to be sent a 4-pack of 3-Way IPA last week prior to our adventure to the Firestone Walker Invitational Beer Fest. Realizing that these beers were fresh off the canning line and that the fellas from Boneyard will also be in Paso Robles for the weekend we packed all four cans to share with Tony and his crew. After Friday night’s pre-festival dinner we wandered over to Boneyard’s new “BoneBus” and offered them a 3-Way.

Knowing that this will be their first time tasting the finished version of this IPA we are very happy to report that they all enjoyed their first 3-Way experience. We even saw Tony having another 3-Way in the morning prior to the festival!

You too can join in on the 3-Way as the 3-Way IPA Tour begins today, with stops featuring a full tap list of Fort George, Boneyard, and Block 15 IPAs in various cities all over the Northwest, including:

Look for Fort George 3-Way IPA in 16-oz four-packs and draft throughout Washington, Oregon, and Idaho. This summer seasonal is a limited run available from June to September 2014. To find 3-Way IPA at a retailer near you go to www.fortgeorgebrewery.com/3-Way/ and click “Find it.” See you too can join in on the 3-Way! 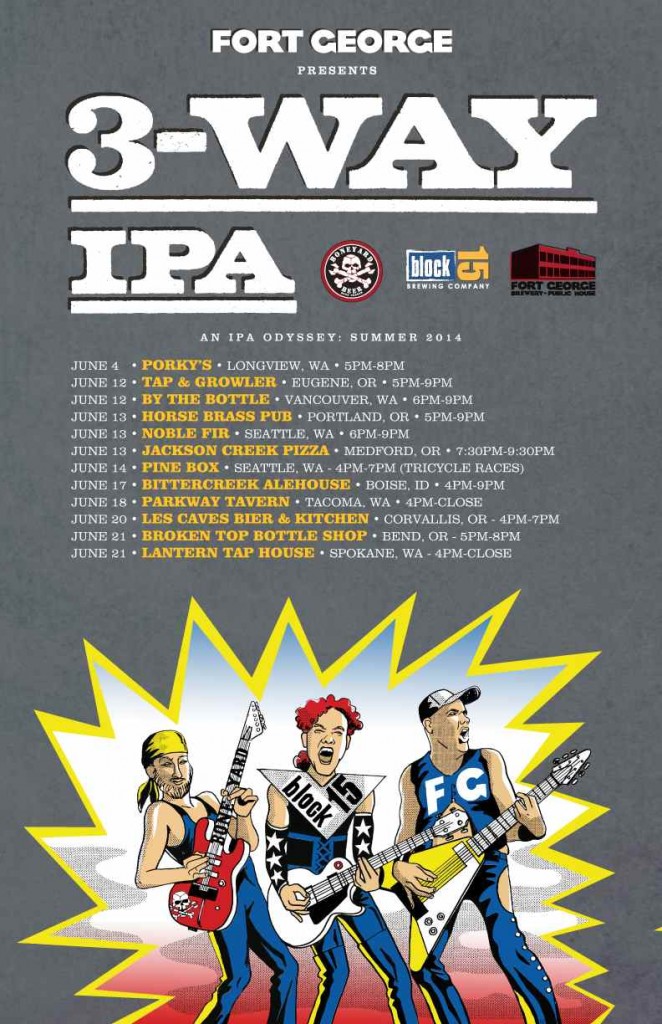