Through our friends at By The Bottle in Vancouver, Washington, we recently found out about a forthcoming brewery in Vancouver, Washington. Known as Loowit Brewing Company, the undertaking is a partnership between avid homebrewers and longtime friends Devon Bray and Thomas Poffenroth. Says Bray “We’ve been homebrewing together for about 7 or 8 years. The brewery is still essentially in the planning stages but we’ve been operating with full commitment to start a brewery, which is why we’ve made the monetary commitments that we already have. Location will be on the west side of Vancouver somewhere…the east side is a wasteland of strip malls.”

To begin, the Loowit will be distribution only and aiming to sell their craft beer in Southwest Washington as well as Portland. Bray informs us that the setup will feature a 7-barrel system and consist of nontraditional equipment. “We’ve been slowly accumulating tanks over the last two years or so.” he says.  “I have some tanks in my garage, Thomas has some in his garage and we have a couple things on loan to a local brewery.” 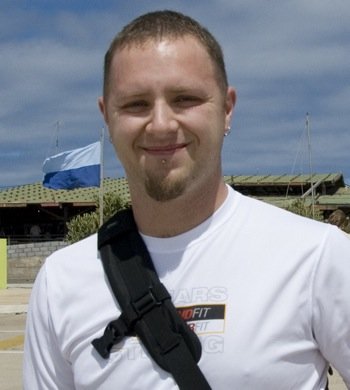 Fermentation at Loowit will be in unsealed bulk dairy tanks. “We are well aware of the challenges of having a production brewery this small” Bray admits, “but we’re a couple frugal, patient guys and are commited to keeping our startup and operation costs as low as possible. Good beer can be made in cheap dairy tanks just as well as a spank’n new rig from JVNW … It’s just more labor intensive.”

As for the beers Loowit will be brewing, Bray says there will be a core lineup of two or three with “whatever seasonals and special releases we feel like doing.”

If folks are interested in tasting some of the preliminary efforts of Loowit, they can do so at MashFest, a new small homebrew fest started this year to be held at Mint Tea in Vancouver. Loowit will be serving a few of their beers at this event. “It’s a last minute deal so I’m not sure exactly what we’ll be able to enter but right now it looks like possibly a golden ale and a red ale.” says Bray.  For more information on MashFest, click here.

So, how did Loowit come up with the name for their brewery? “Believe it or not,” Bray claims, “we originally toyed using the name Hoodly Homper Brewing, years ago, but decided it was too silly and canned it. Loowit was the only other thing I could think of at the time, so I suggested it. Tom liked it also, and it stuck. Awareness of Loowit for me, came a year before on a crazy backpacking trip we did with some friends up on Mt. St. Helens. We hiked a portion of the Loowit Trail #216, which circumnavigates the base of the volcano. I liked the tie-in of the name with a regional icon that has been a central figure in much of our outdoor activities.”

Bray points out that the name Loowit is actually a Native Indian name for Mt. St. Helens. It is derived from folklore telling the story of a love triangle between two brothers Wyeast and Pahtoe and a beautiful maiden named Loowit. The most popular version of the tale is that Great Spirit changed the three into mountains. Wyeast became the lofty symbol of Portland, Oregon, Mount Hood, and Pahtoe became Adams, the hidden-one, often mistaken for St. Helens, or Rainier when viewed from afar. The young and beautiful Loowit became St. Helens (Read more on this interesting folklore here).

When we ask Bray what his take on the Vancouver, Washington beer community was, he offers:  “The Vancouver beer scene is both lacking and peculiar. I would argue that Vancouver has every bit of beer love and culture that Portland has… in fact I think it’s probably more appropriate to say Vancouver is an extension of the regional beer culture, not just Portland’s. Vancouver is just a little more removed from all of the action for our lack of breweries. By all means, the existence and prosperity of By the Bottle, (as well as) the new bottle shop in Washougal, should be evidence that we’ve got it. Everybody here crosses the river for their favorite breweries, the McMenamins theaters, etc etc. There are three, maybe four breweries in town currently. Aside from a well-placed McMenamin’s on the river with a great patio and some choice IPAs, I don’t think there is much of a draw to the others. We need something new and interesting. Thomas and I are keen on the idea of community involvement and participating in events when possible. The breweries here are wallflowers. In a sense, we want to be the village brewery. It’s amazing to me that after all this time, so little has happened in Vancouver. I’ve heard people talk about wanting to open a brewery here for several years yet nothing ever happens. The new Laurelwood in Battle Ground was a surprise. It was the first beer related thing to happen on this side of the river in probably a decade. Sadly, they are on the fringe of the region and I know few people who would actually trek all the way out there for a Laurelwood beer when it’s easier and faster to hit one of their PDX locations.”

With Loowit offering another nanobrewery in the Portland metro area, we were curious what Bray thought of the rise of nanos. Are these small community breweries the future of craft brewing? “As for nano brewing” says Bray, “I do feel things are moving that direction to some degree. Considering business aspects, a nano brewery will have a lower cost of entry to the market, lower overhead, and be more attractively affordable all around. The small production size will allow for experiementation and a variety of beers to be put out. I think these factors will help the nano brewery movement grow. But who knows? Anything could happen. How many nano’s the market can support is beyond me.”

We look forward to trying Loowit’s brews soon and wish them luck in their venture.