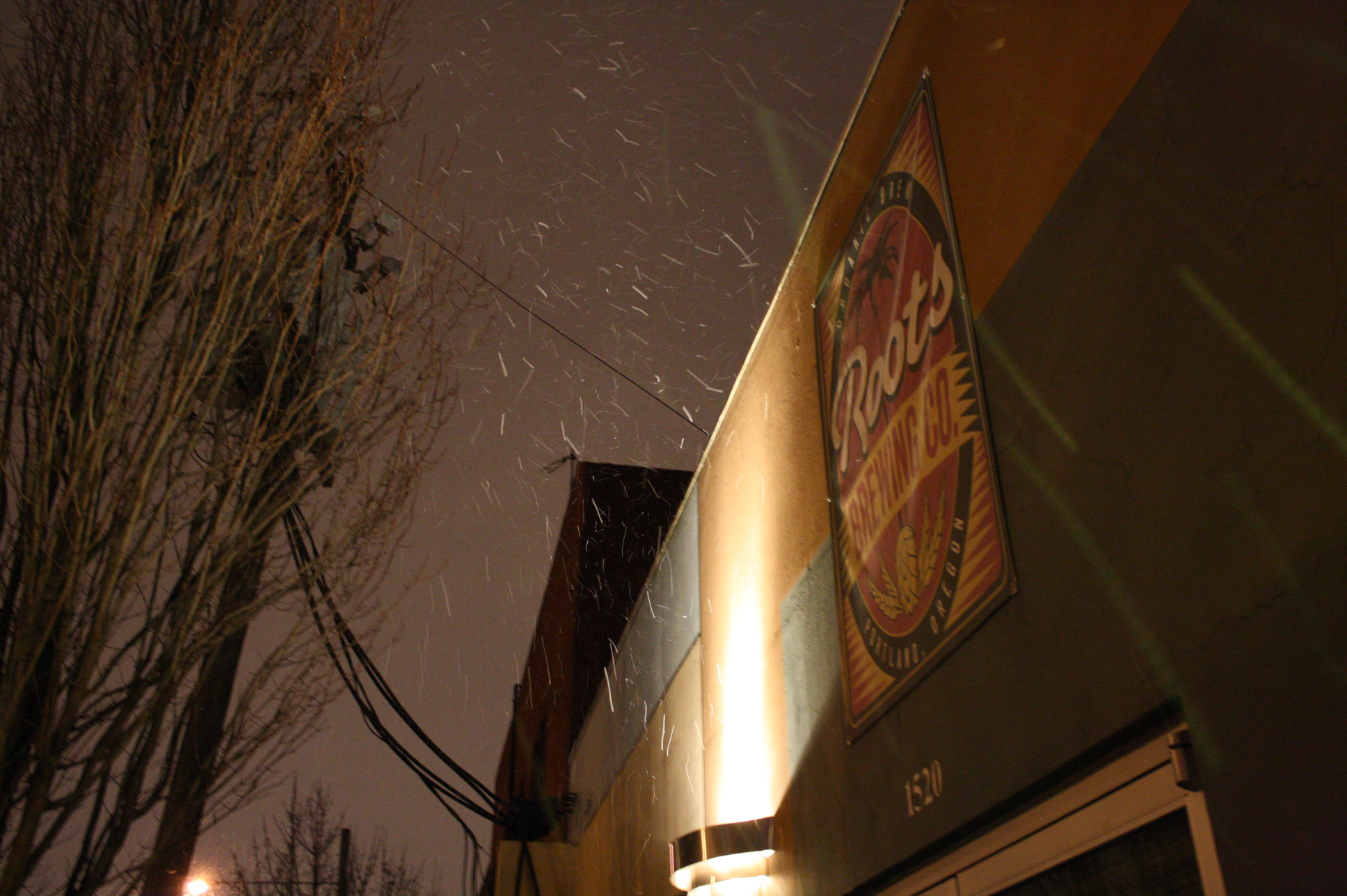 The wintry conditions that have hit the Pacific Northwest lasted longer than usual.  With snow on the ground and a nip in the air, it’s just another excuse to stay indoors with friends and enjoy robust brews.  And that is what we did… 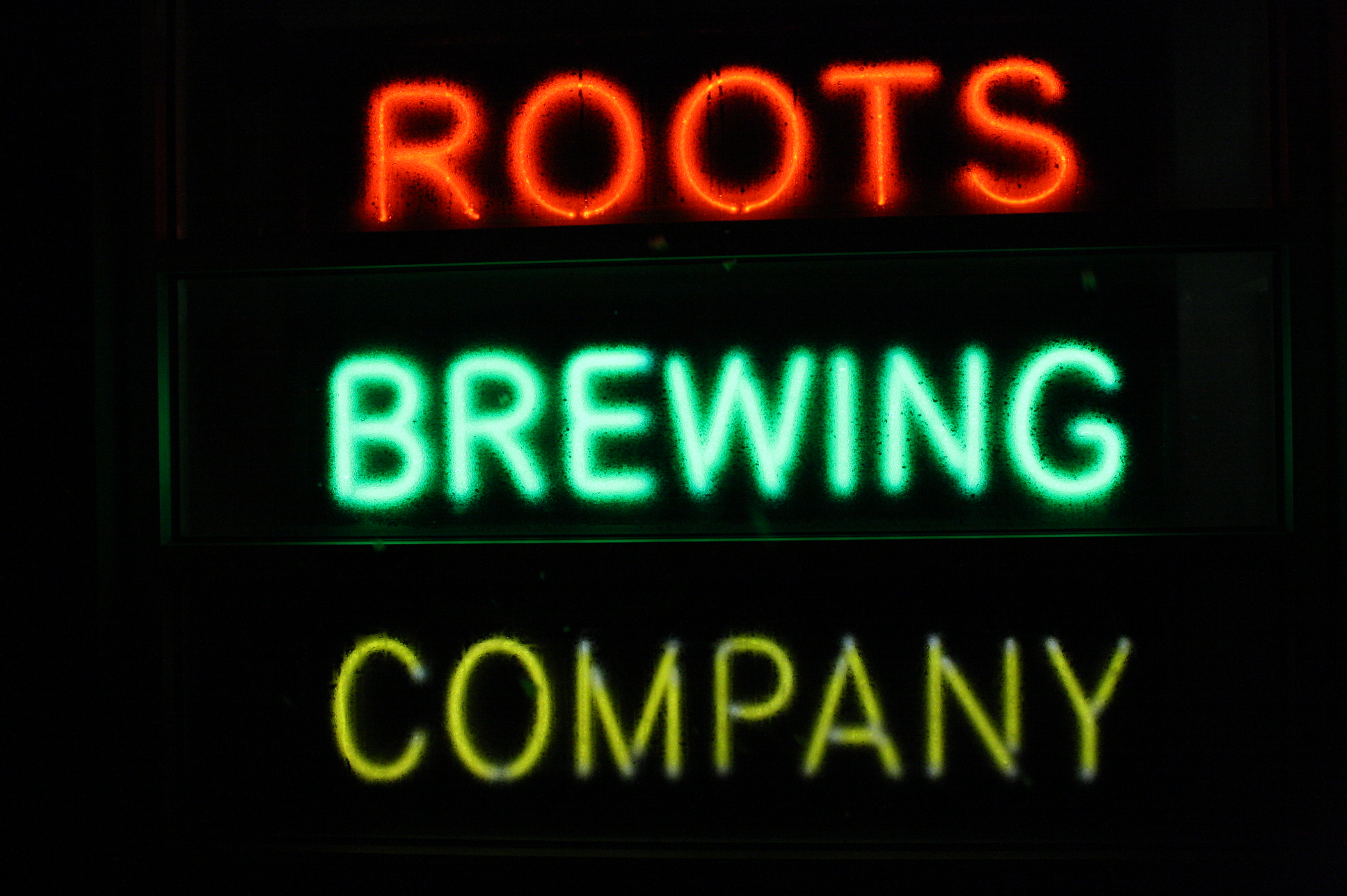 A quick stop at Roots Organic Brewing to sample the behemoth beauty known as Epic was in order.  The snow was coming down so we were only game to have the one 14% ABV beast and venture on. 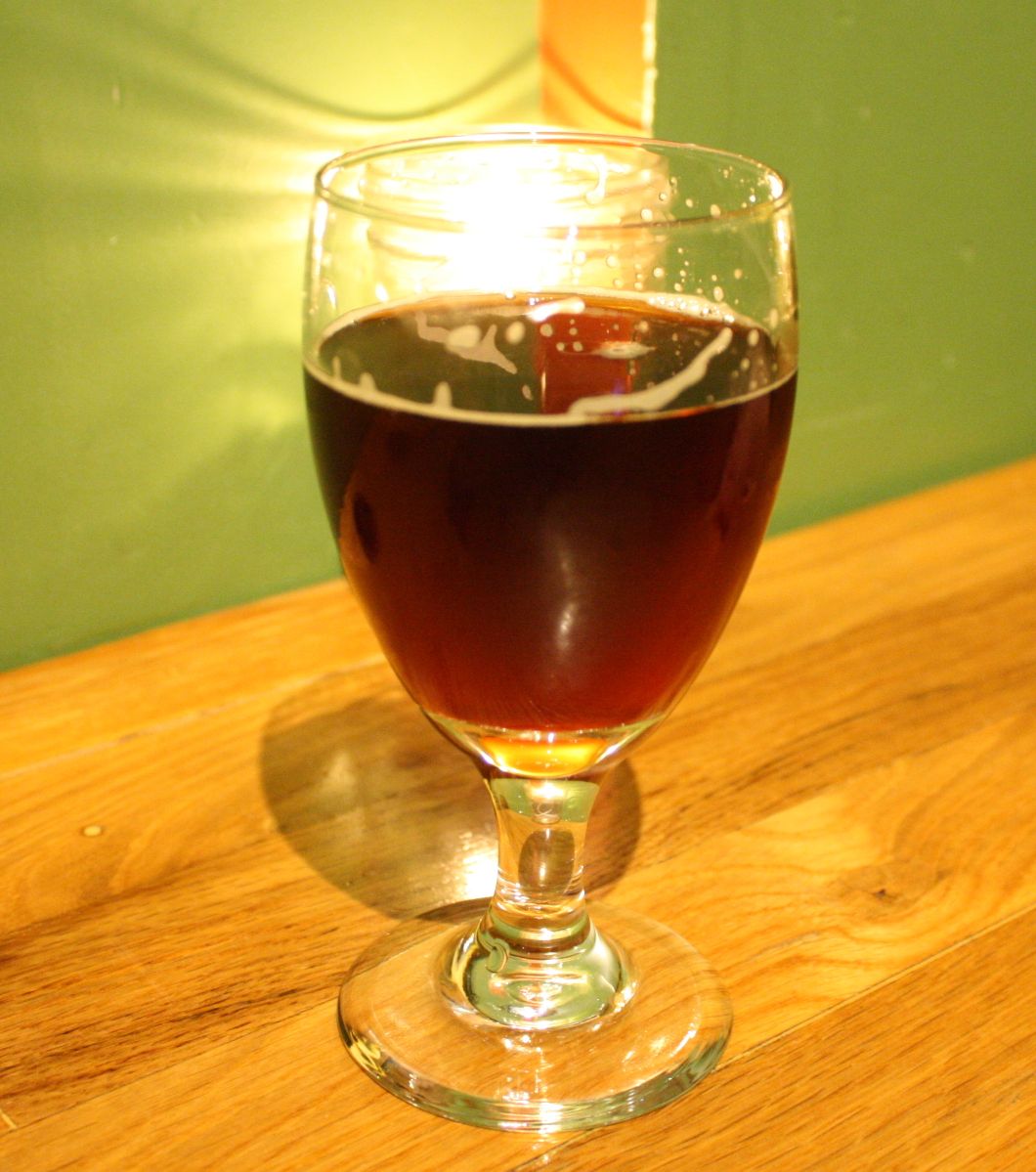 Since the release of the Epic the previous day, the artwork of our friend Ezra aka the Samurai Artist, who also designed the label for the last two Epic releases was on display.  Very cool. 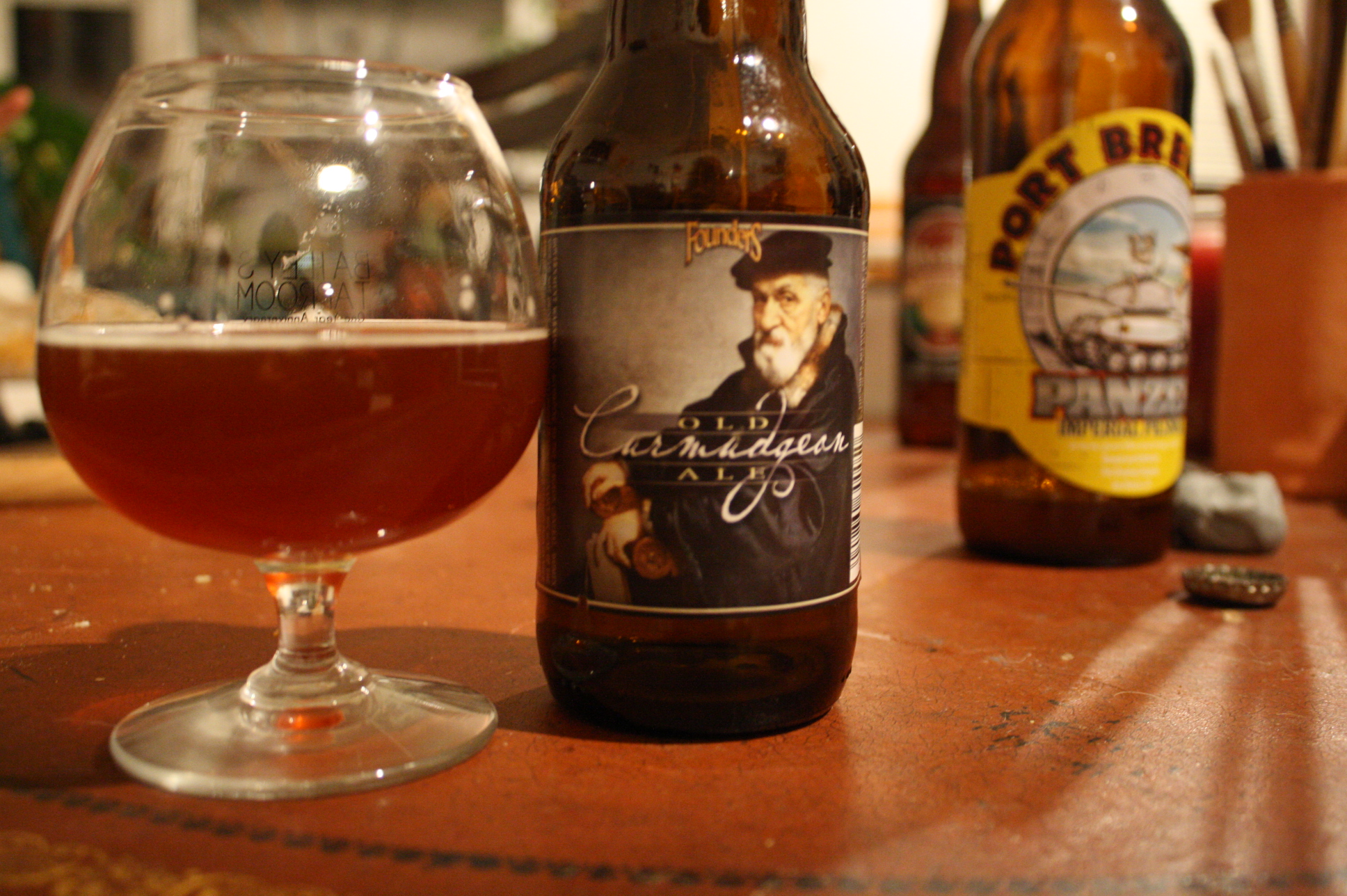 We headed over to Ezra’s house where he shared some beers that he got from our friend Jimmy on the East Coast. I had a few bottles I’d been saving as well.  An assortment of flavorful Founders beers from Michigan were all delicious.  The Old Curmudgeon Ale featured an intense malt bill evident in its 9.3% ABV and deep brown-chestnut body.  Smoky malt whiskey earthiness made this beer one of the best old ales in recent memory.  Rich, robust, and warming. Ezra pulled out some other wonderful Founders beers including the Harvest Wet Hop Ale.  How they get fresh hops in Michigan is beyond me, but this beer was distinctly citrusy with soft piny notes.  A moderate 6.5% ABV made this a mild yet flamboyantly piquant pour that was highly quaffable. 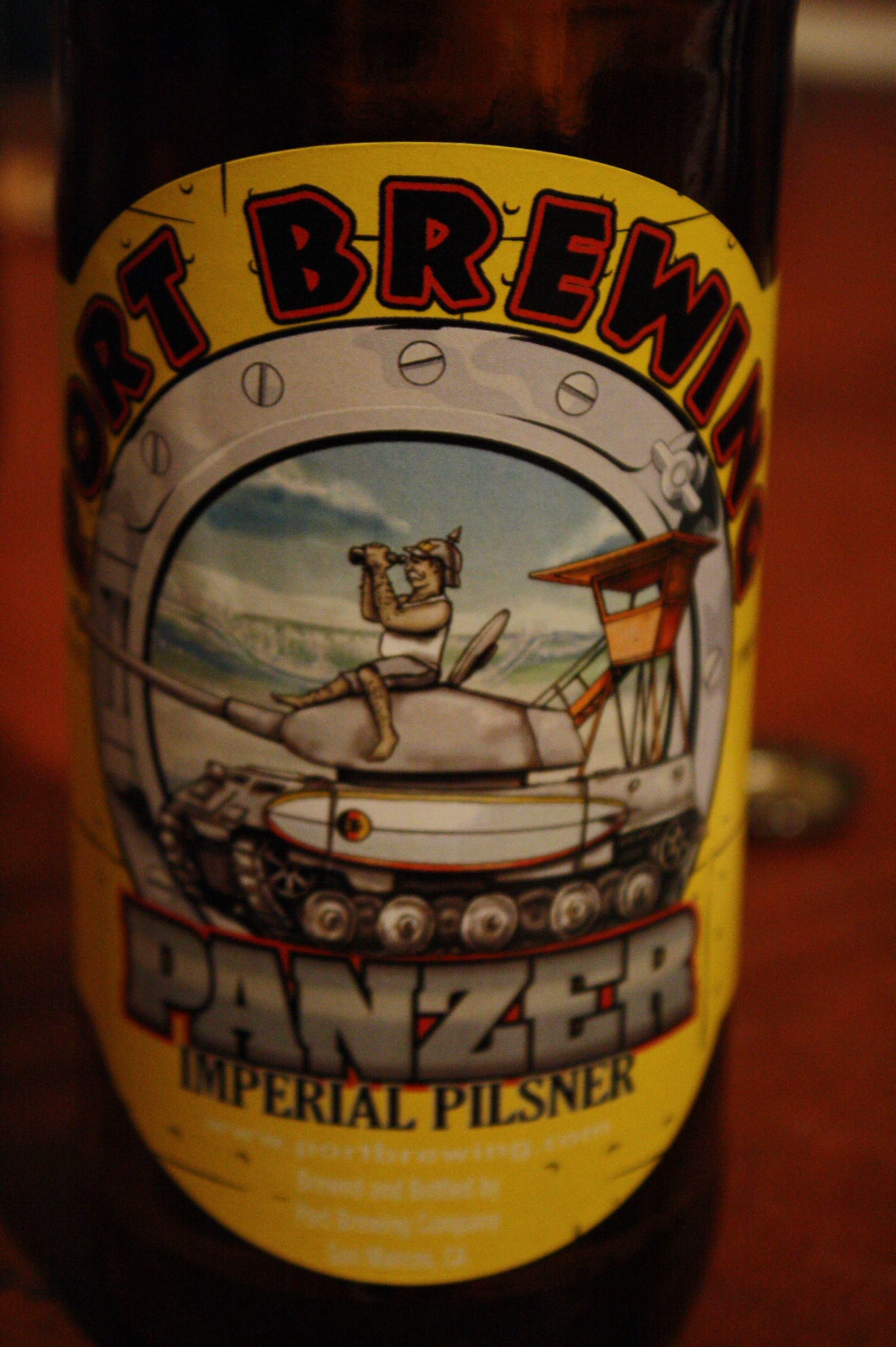 Port Brewing’s Panzer Imp-Pils was a far stretch from any Pilsner I’ve had before.  Almost orange in color, this massively hopped lager possessed a unique yeastiness indicative of a Belgian brew.  Fruity, zesty, and with a lot of bitter citrus punch, the Panzer was crisp and malty (9% ABV) and out there as far as beer style guidelines are concerned.  That Tomme Arthur character sure as heck likes his malts and hops.

After a few brews, we braved the conditions to travel across town to visit our friend Shane W. who had some tasty homebrews waiting at his lair.  One particularly interesting beer was his Gearhead Twizzle Porter.  A twelve once bottle of this herbaceous sativa beer was enough to warm all of us for the winter.  Shane also poured us honest pints of his Antwerp Ale, a thick brown-copper bodied Belgian ale with a mild sulphuric funkiness and a rich hops spice.  Following the ‘Twerp, we tried his Pilsner, a darker than normal lager with a big bready bite.

Our friend Erik, who we recently visited on our trip to California was in Portland for the holidays to visit his brother Pete who lived around the corner from Shane.  Pete and Erik came over to Shane’s house and we all enjoyed laughs over these wonderful brews as well as a bottle of Trader Joe’s Unibroue Belgian Double.  This beer is a steal at $4.99 per 750ML bottle. 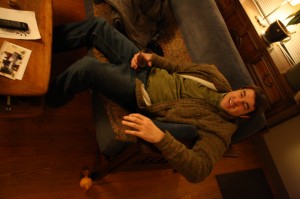 It was a great night shared with great friends and great beers and just another reason to love living in Beervana.