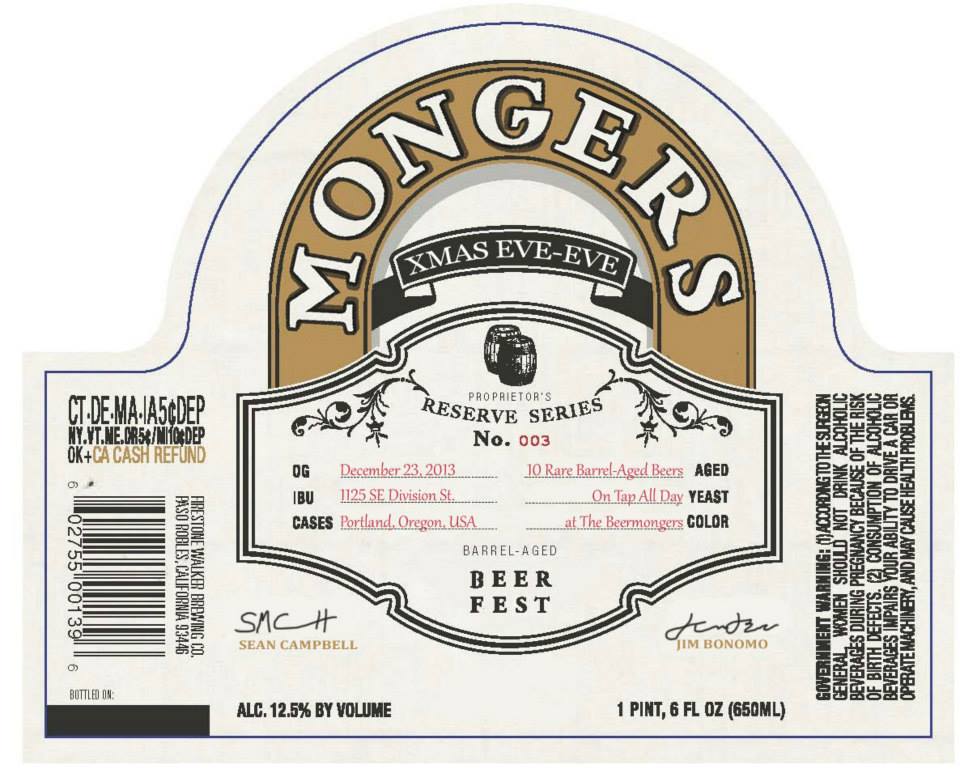 The BeerMongers will once again be hosting their 4th Annual Xmas Eve-Eve Festival of Wood and Barrel-Aged Libations. Yes, that would be Monday, December 23rd. The festivities will run all day and night beginning at 11am. All taps will be dedicated to barrel-aged goodness.

To purchase these beers, The BeerMongers will be selling $3 tokens which are good for a 4oz pour of any of the 11 rotating barrel-aged taps. They will also be selling some special vintage bottles of barrel-aged beer throughout the day on Monday. And to top that off if you stop in between 4:00 and 8:00pm you will see former employee Josh Grgas now at The Commons once again manning the Mongers taps.