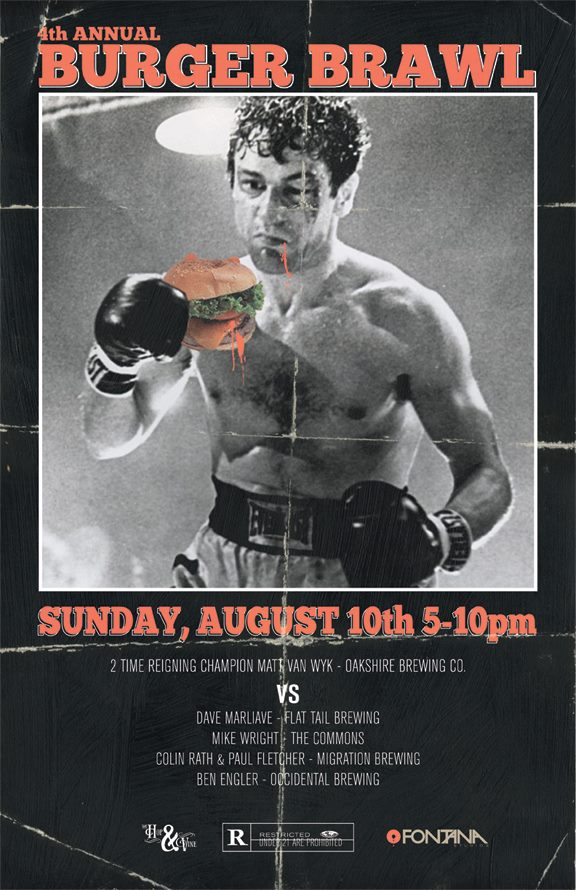 The 4th Annual Brewer’s Burger Brawl is nearly upon us. The Hop & Vine once again will host this fun filled burger event where brewers pair a beer with a freshly prepared burger for all to enjoy. However things truly heat up when the voting takes place for the favorite pairing.

This year Portland Burger Week runs from August 11th – 17th so The Hop & Vine decided to help kick off the week with their annual Burger Brawl on Sunday, August 10th from 5:00 to 10:00pm. But don’t wait around too long to show as burgers could run out that later in the evening you show up. 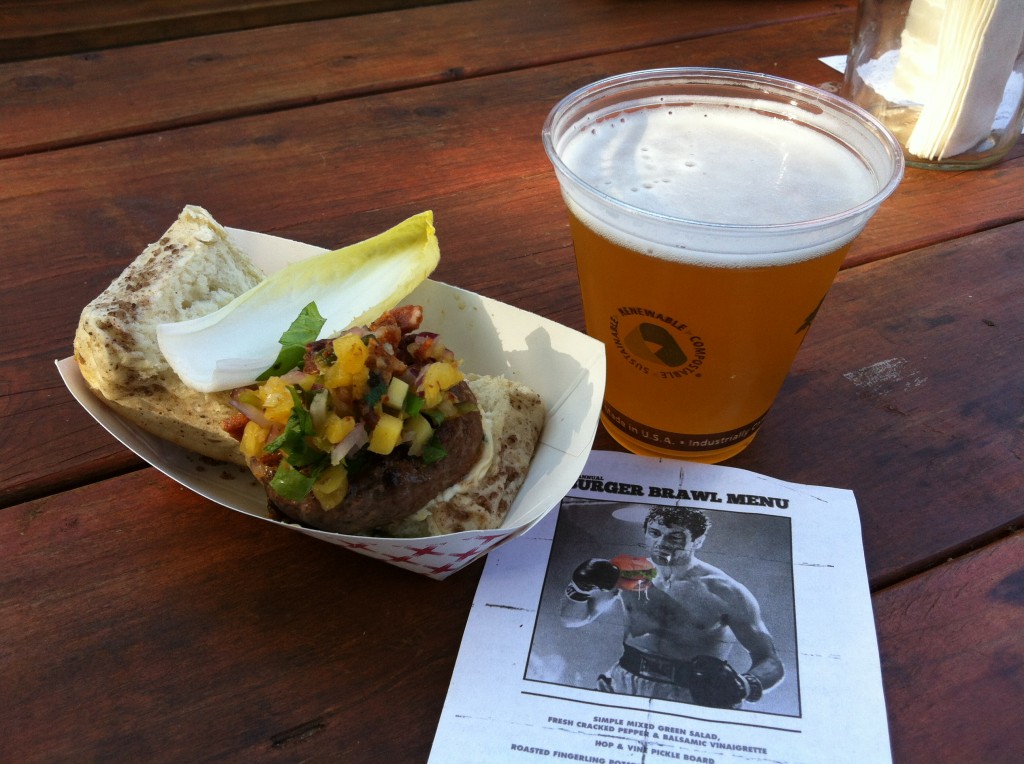 There will be 5 brewers competing for the coveted trophy. Consecutive two year Burger Brawl champion, Matt Van Wyk of Oakshire Brewing, will be once again defending his title against 4 new unwavering competitors. Last year Van Wyk teamed up with Hop & Vine owner Yetta Vorobik to create a winning team. Was this an inside job? Find out this year when Van Wyk teams up with Paul Kasten, formerly of Wildwood, to create a pairing that will keep the other 4 brewers on their toes. 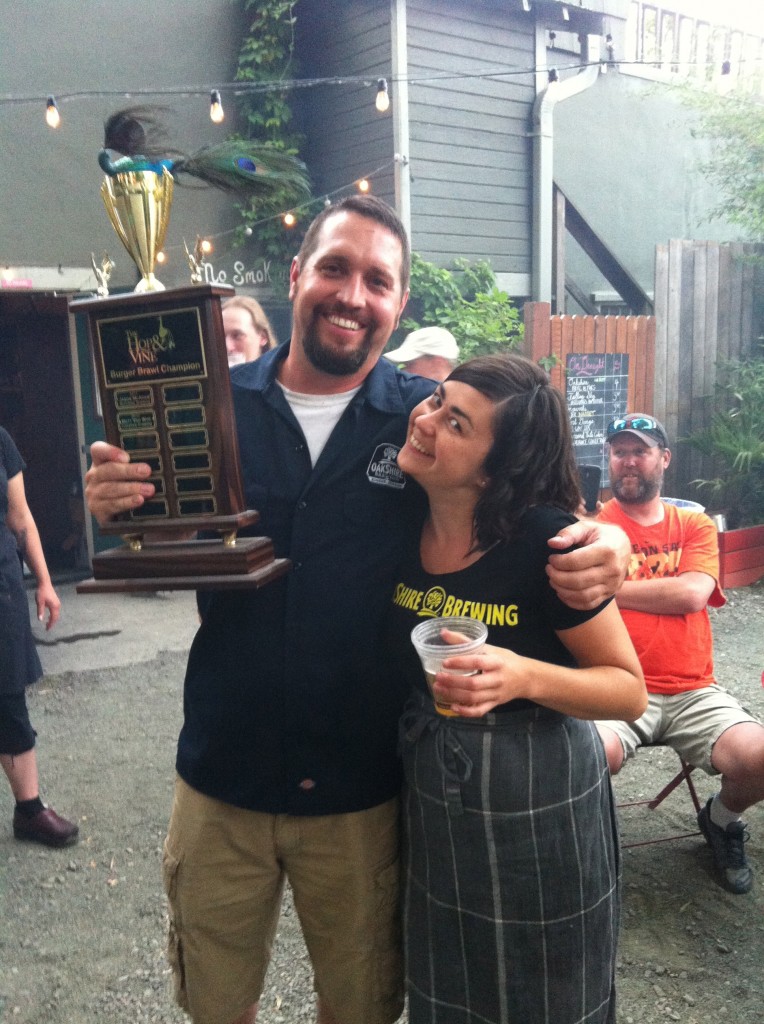 This year’s featured participants include:

The Hop & Vine will celebrate the savory bits of grilled goodness betwixt petite, halved buns all paired with the fermented libations carefully selected by their creators. When the dust settles, we will crown a new champion! Meet the brewers, taste the pairings. It’ll be a memorable evening. 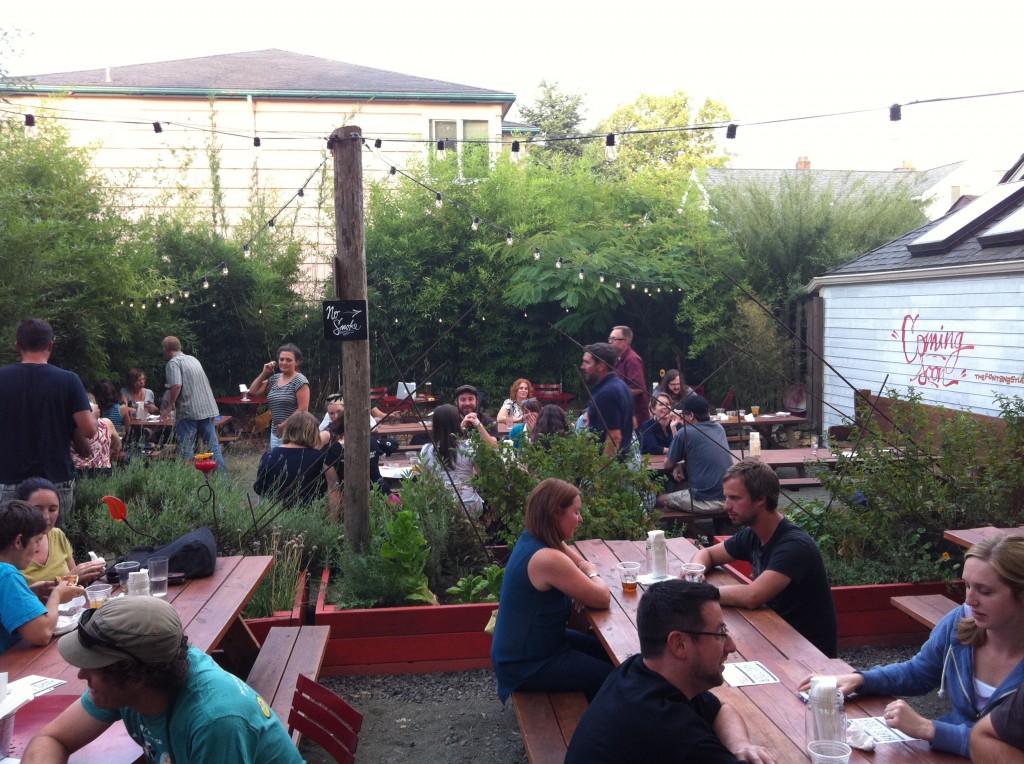