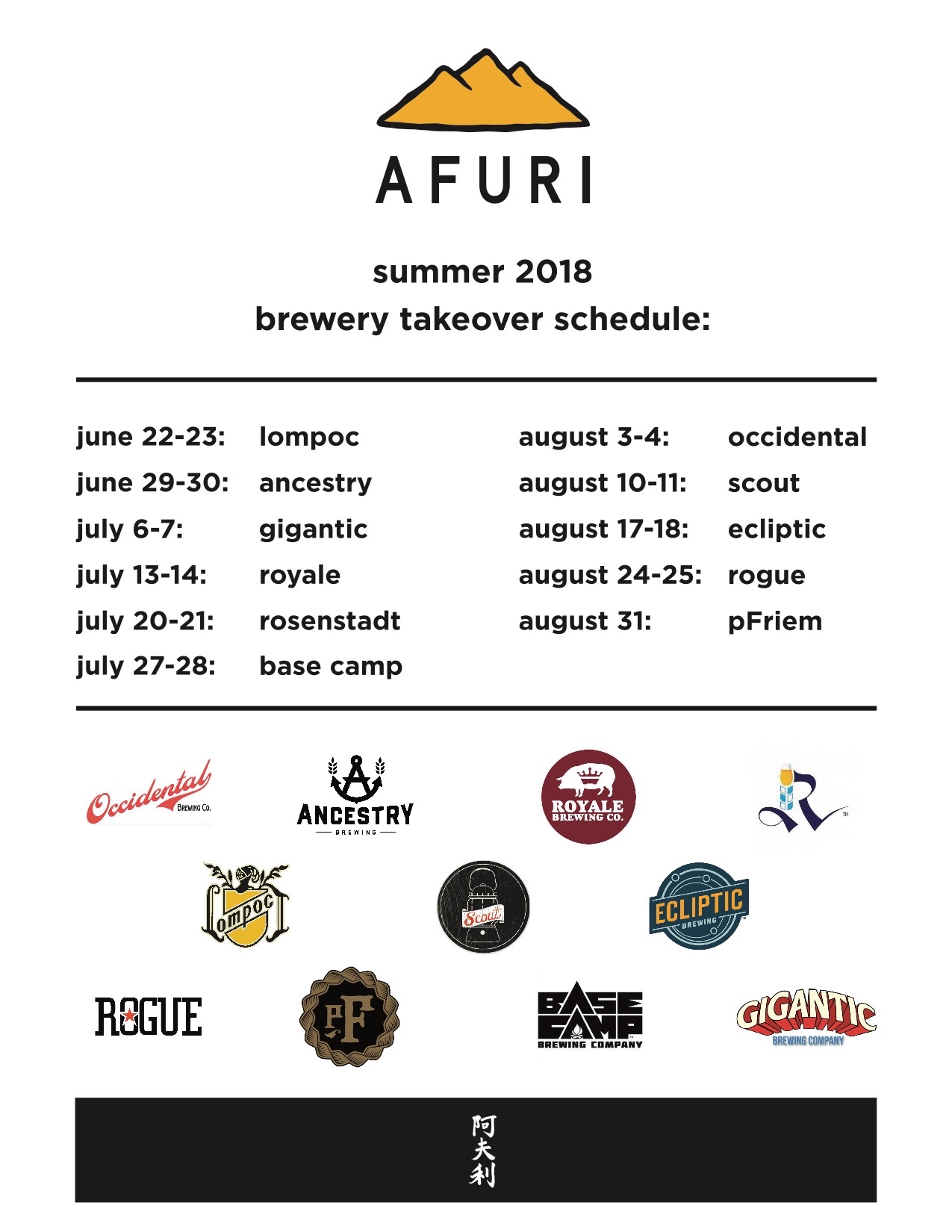 The season kicked off last week with Lompoc Brewing and continues this weekend with Ancestry Brewing from June 29-30. Tonight from 5:30-8:00pm, Ancestry Brewing will pour a few beers from its lineup including its new Kazoku Japanese Rice Lager brewed just for AFURI ramen + dumpling.

Also part of these Summer Tap Takeovers, AFURI ramen + dumpling brings out the grill for some sumibi. Check out the menu below. 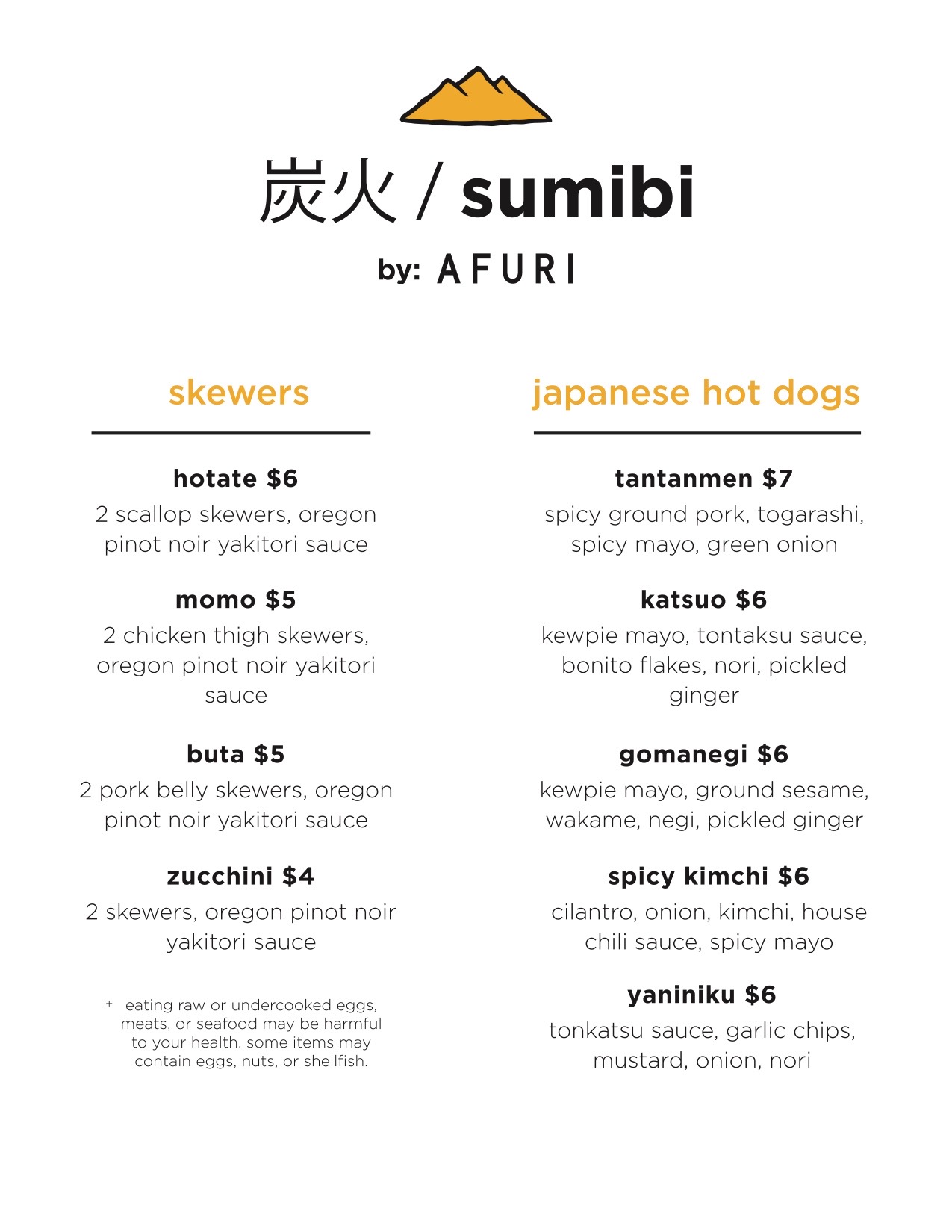