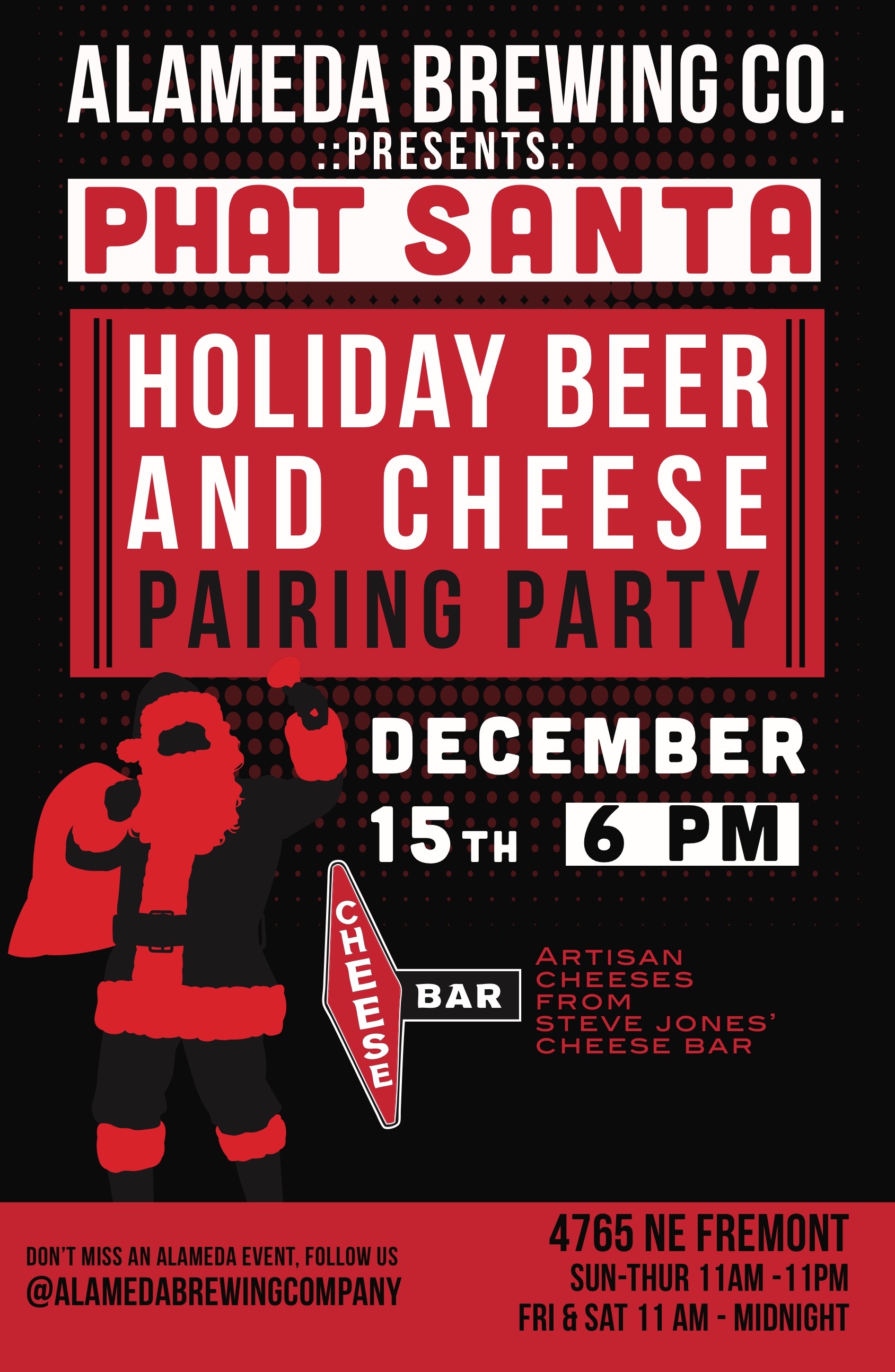 Special agent Canal MacWhaler went behind the scenes recently to bear witness to the official pairing of Steve’s cheese with Alameda Brewery’s beer. The six pairings have been expertly and lovingly conceived and will be available for all Portland beer and cheese lovers on December 15th at Alameda Brewing‘s annual winter beer and cheese pairing party aptly named Phat Santa.

As a regular attendee of Phat Santa – Holiday Beer and Cheese Pairing Party, I can assure you that this year’s six beers comprise the strongest showing to date for Phat Santa. Alameda has been busy brewing different beer styles to very favorable results that will be showcased next Thursday.

Take the Nightbeer Before Christmas for instance, Alameda’s first attempt at a Belgian-Style Tripel and they nail it. This is also available in 22oz Bombers. Dire Wolf is a strong contender in the extreme hop world of Triple IPAs, not too sweet with a beguiling citrus charm. The Barrel-aged Barn Owl Brown is an Imperial Brown aged in bourbon barrels, perfectly balanced with a touch of funk.

You will also be treated to the 2015 Sage Seeker Barleywine, take a few sips and you can see the bees in eastern Oregon filling up on sage pollen. Cookies For Papa is this year’s twist on Papa Noel, a higher ABV version with added spices makes this beer a dessert in a glass. Again the balance has been expertly maintained while infusing the beer with powerful spices including cinnamon and vanilla. Last and certainly not least is Love Squirts. This raspberry chocolate milk stout has a nose of raspberry and the creamy mouth feel that simply begs for more.

Each of these six beers has been expertly paired with cheeses from around the region, country and world. All of which were suggested and provided by America’s greatest Cheesemonger, Steve Jones of Cheese Bar and Chizu fame.

Do yourself a favor and place Phat Santa on your calendars, the event is from 6:00 to 9:00pm on Thursday, December 15th at the Alameda Brewing.