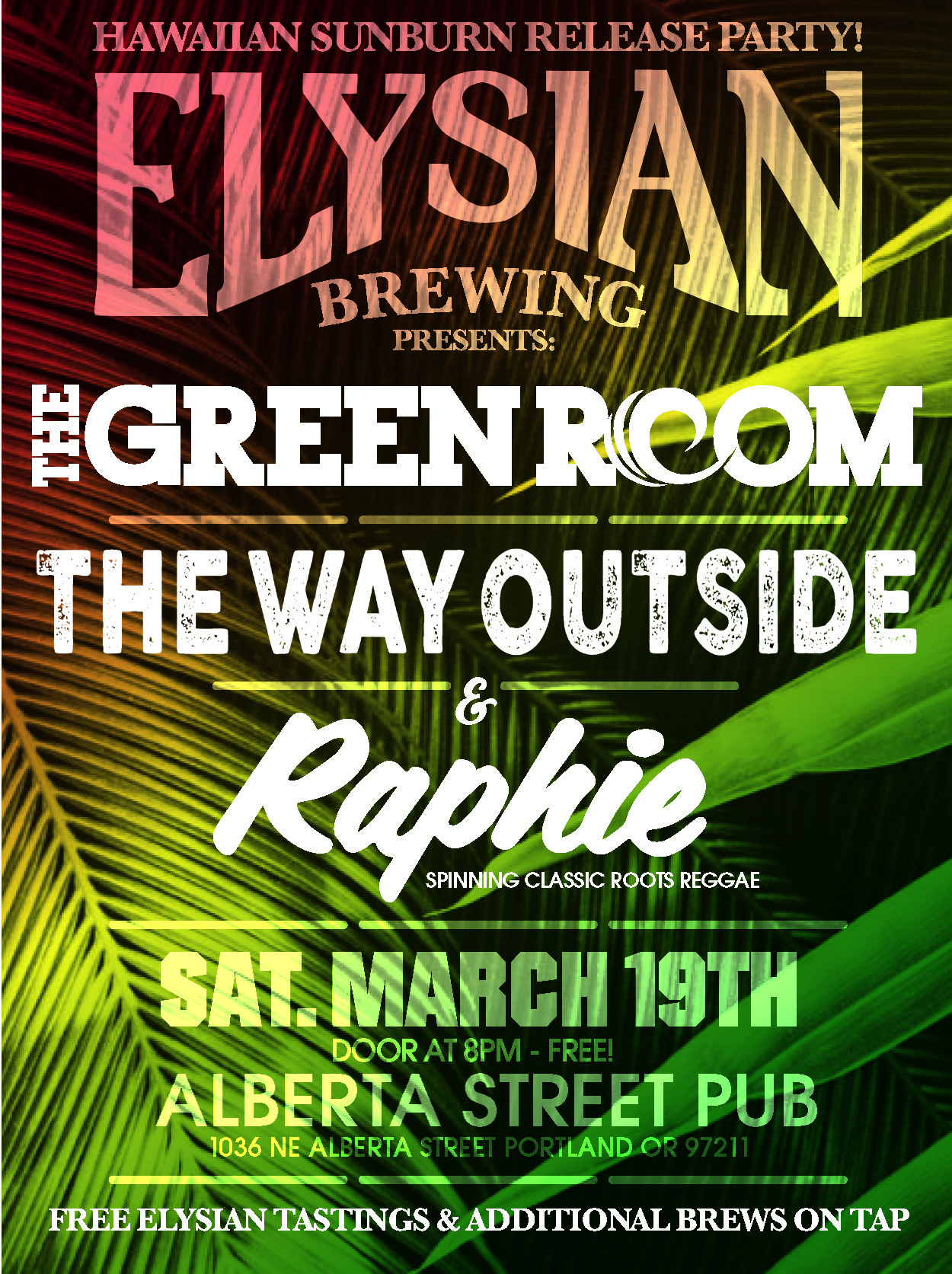 Get a first taste of the new spring seasonal from Elysian Brewing on Saturday, March 19, when the Seattle based brewery hosts its Hawaiian Sunburn Party at Alberta Street Pub. The evening’s event will kick off at 8:00pm and will last late into the night.

Beyond being able to sample the new Hawaiian Sunburn Pineapple Habanero Sour, there will be live music and DJs throughout the night. There will also be a Hawaiian style photo booth so be prepared to pose with your friends island style in the photo booth!

Here’s a rundown on the evening’s music.

The Way Outside – Psychedelic Funk Rock