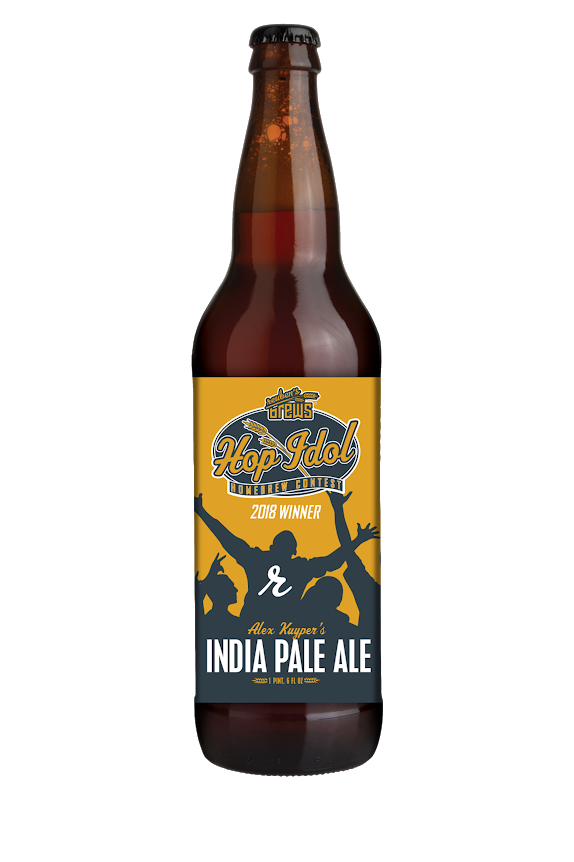 Kuyper’s Dwayne IPA took home the title from coming out on top of the 116 entries this year. This hazy Northeast style IPA will now be brewed at Reuben’s Brews in Seattle and distributed throughout the Pacific Northwest region.

“This year’s contest was fiercely competitive as our judging panel received amazing home brews from not only Washington and Oregon, but also from as far away as Alabama and Wisconsin,” said Adam Robbings, co-founder and brewmaster in a statement. “Alex’s winning creation has a fruit-forward nose with notes of sage, floral, jasmine, a juicy body and balanced bitterness. It will be fun to make this at the brewery alongside Alex and share it with the craft beer community.”

Dwayne IPA will be brewed at Reuben’s brewery in Seattle, as it will see distribution throughout the Pacific Northwest. The beer will also be entered in the Washington Beer Awards Pro-Am competition as well as the Great American Beer Festival. The distributed brew will available on tap in the Reuben’s taproom and in bottles beginning in May 2018.

Second place honors went to Tim Mattran for his Opposite Saisons, and third place was taken by the overall winner, Alex Kuyper, for his Carl Double IPA.

“It takes time, effort and commitment to brew beer and send it out for a contest like this, and we’d like to thank everyone who shared their brews with us,” said Robbings in a statement. “This annual contest goes back to how I got started in brewing and it is close to my heart. Homebrewers out there are doing great work and we hope this contest draws some attention to that.”