Why Portland’s beer culture is the envy of the world, the city has five beer events on a Thursday afternoon!

Burnside Brewing Re-Launch
5 – 8 p.m. Thursday March 16, Burnside Brewing Co., 701 E. Burnside St.;
Burnside Brewing is throwing a party to celebrate their exciting new lineup, labels and logo and their official 2017 branding re-launch with samples of some of their newest beers, snacks, and the Burnside team, who’ll will be on-site to introduce thew new look. 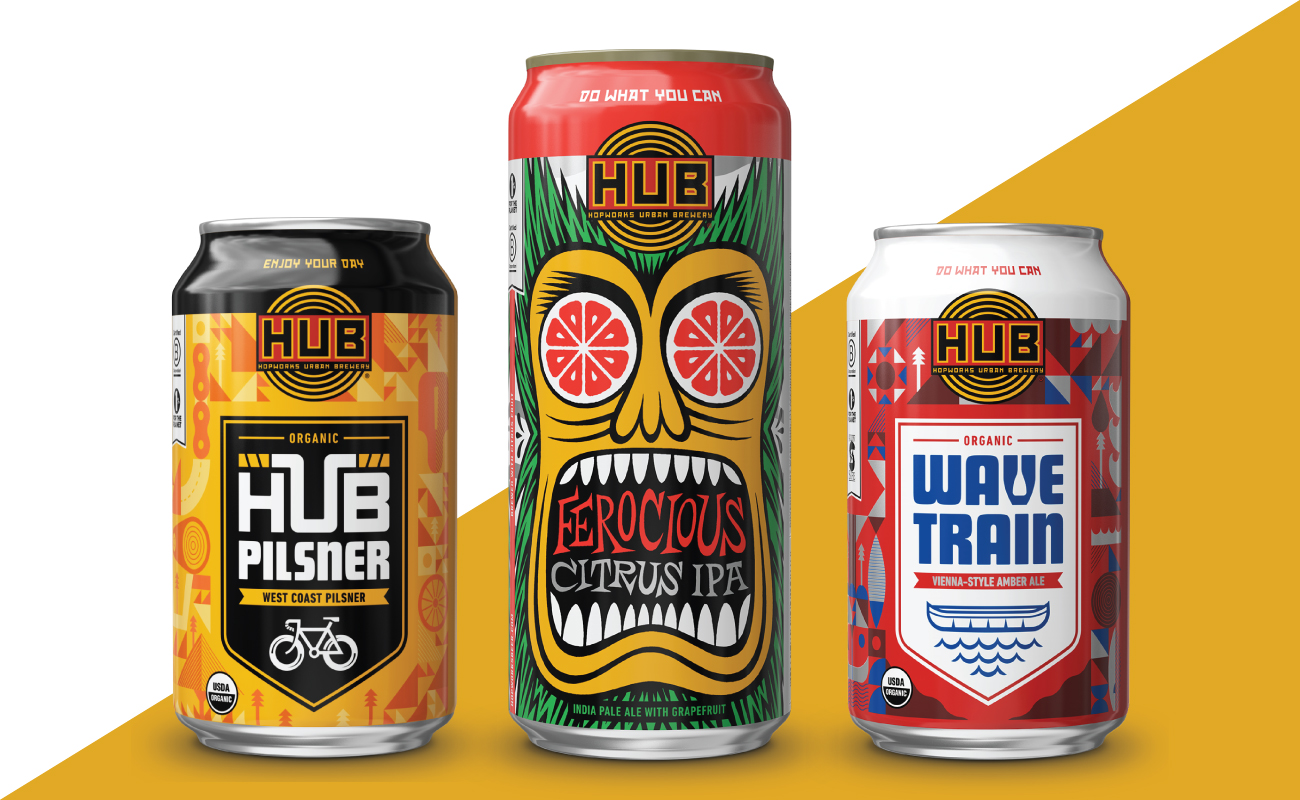 Wave Train – Vienna-style Amber Ale inspired by the magnificent waterways of the Pacific Northwest. Crushable, delicious –, and 1 percent of the proceeds of this beer benefit the protection of clean water, rivers, and watersheds.

HUB Pilsner – The new HUB Lager received a makeover. A new fermentation process makes this Pilsner crisper and cleaner than ever before with the same spicy hoppiness that balances delicate honey malt flavors.

Claim 52 Cans Debut
Thursday March 16, Bailey’s Taproom, 213 SW Broadway;
Claim 52 is gearing up to release new 16-oz cans and they’ll have their Westside IPA & Kolsch available as year round options with a rotating third can available on a monthly(ish) basis. For this debut, it’ll be Juice Station Flash, their super juicy pale ale. On draft, The Bailey’s crew be pouring all three plus the new Teaches of Peaches, Peach Cobbler IPA.

The beer will be flowing freely this weekend as folks celebrate St. Patrick’s Day at any number of pubs (including Feckin’ Brewing’s second anniversary in Oregon City and Three Mugs in Hillsboro, and EastBurn which features Guinness, Irish whisky specials, corned beef & colcannon and live music Friday)

But the pick of the parties is this new event in the tented and heated parking lot of Kell’s Brew Pub. The Irish Beer Festival will feature specialty Irish style beers and cider from a dozen area breweries, including 54°40′ Brewing, Burnside Brewing, Cascade Brewing, Cider Riot!, Culmination Brewing, Deschutes Brewery, Grixsen Brewing, Hopworks Urban Brewery, Kells Brewery, Lompoc Brewing, Lucky Lab Brewpub and Mt. Hood Brewing. Many of the beers are being brewed specifically for the event. In addition to beer tasting, there will be Irish dancers, bagpipers, live music and Irish food specials all three days. Minors are welcome daily until 4 p.m. and attendees are welcome to travel between the Irish Beer Festival and the Kells Irish Festival next door.

(as always, thanks to the indispensable Chris Crabb for doing the heavy lifting on writing this squib…all I did was cut and paste…didn’t even have to search and destroy exclamation points!!! which is a stone rarity for most beer press releases not written by the indispensale — did I mention that? — Ms. Crabb)

BrettFest
Noon – Midnight, Saturday March 18, Bailey’s Taproom, 213 SW Broadway; Details here:
Join the Bailey’s crew as they sample through their collection of beverages featuring a spectrum of “Brett” characteristics. The versatility of Brettanomyces ranges from kicking off flavors of pineapple juice to barnyard funk. Brett has a voracious appetite and loves sugars, which can dry out a beer during it’s slow fermentation. It can also be added at conditioning to extend a beer’s shelf life. Some beverages will contain nothing but Brett, others will feature Brett in secondary fermentation, and some may be mixed culture to examine how Brett interacts with fun bacteria like Lactobacillus & Pediococcus.

Title Wave’s 29th Anniversary Sale
9 a.m.-4 p.m. Saturday Mar. 18, Title Wave Used Book Store, 216 N.E. Knott St.;
No, there won’t be any beer, though you certainly might find beer and brewing books among the thousands of books for sale, all of which have beer removed from the Multnomah County Library’s collection. I include this because reading a good book at a cozy pub is one of my favorite things; and because this is Portland, I suspect I’m not alone. The selection is big and the prices amazing: current hardbound fiction is generally $1.50, trade paperbacks are 75 cents and Saturday’s sale lops off 55 percent from those prices…such a deal.

Cinema Sundays
9 p.m. Sundays, EastBurn, 1800 E Burnside; free admission, 21 & older
Back there when I was in seminary school, Sunday nights in the dorm was always the nadir of the week. Boooorrringgg. If only we’d had Cinema Sundays, EastBurns new event that includes recent release and classic movies on the big screen (Super Troopers is this Sunday’s flick) plus drink specials, a 12-buck burger-and-a-pint and a popcorn bar. Bless you for this… 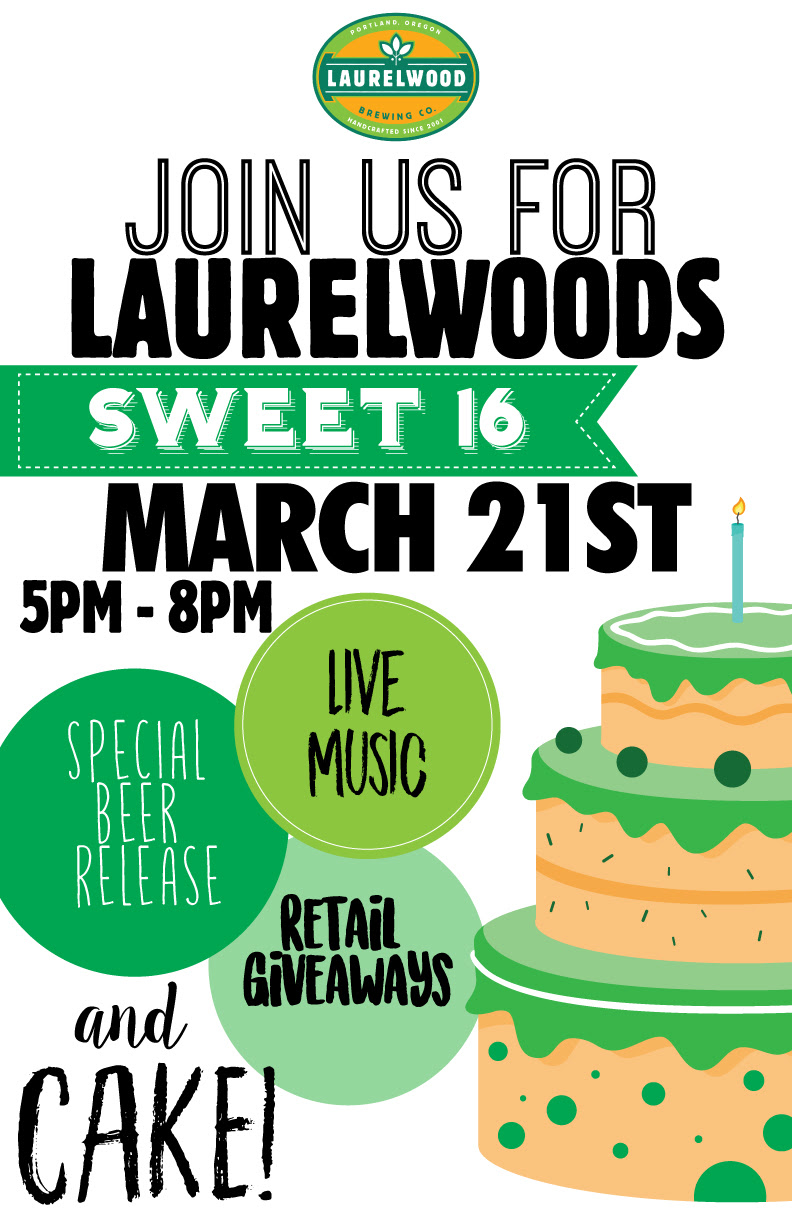