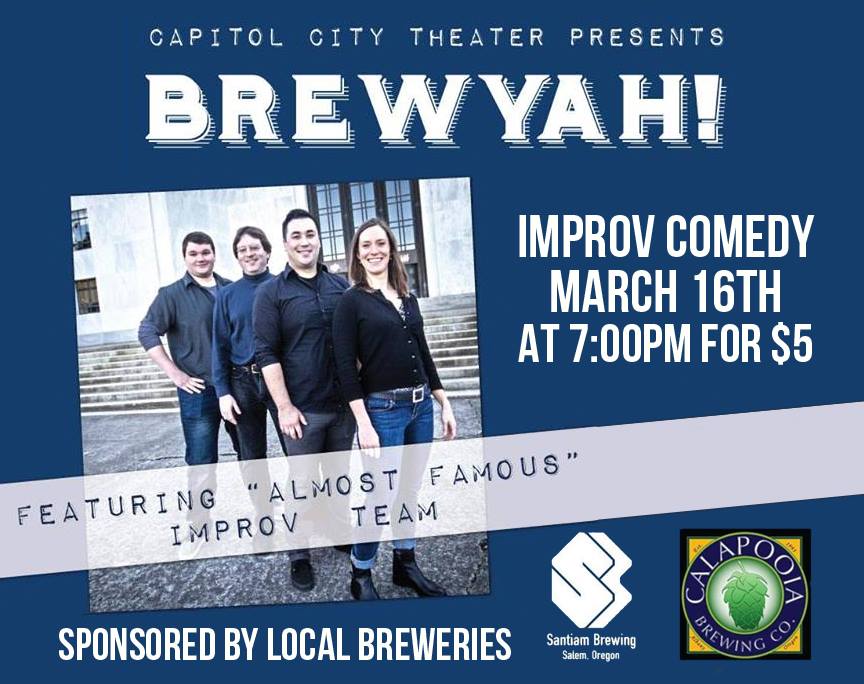 Brewyah! Improv Comedy will feature a rotating cast of up-and-coming performers who have excelled at Capitol City Theater’s Improv Academy. Calapooia Brewing and Santiam Brewing host the evening’s performance the runs from 7:00 to 9:00pm. Tickets are $5.00 that includes an evening of comedy, beer, games and schwag. The event is suitable for all ages.

On St. Patrick’s Day come and partake in the Tap Battle of Calapooia Brewing vs. Ordnance Brewing. There will be beer and schwag galore. The festivities begin at 6:00pm at Full Monty’s Bistro and Taphouse.