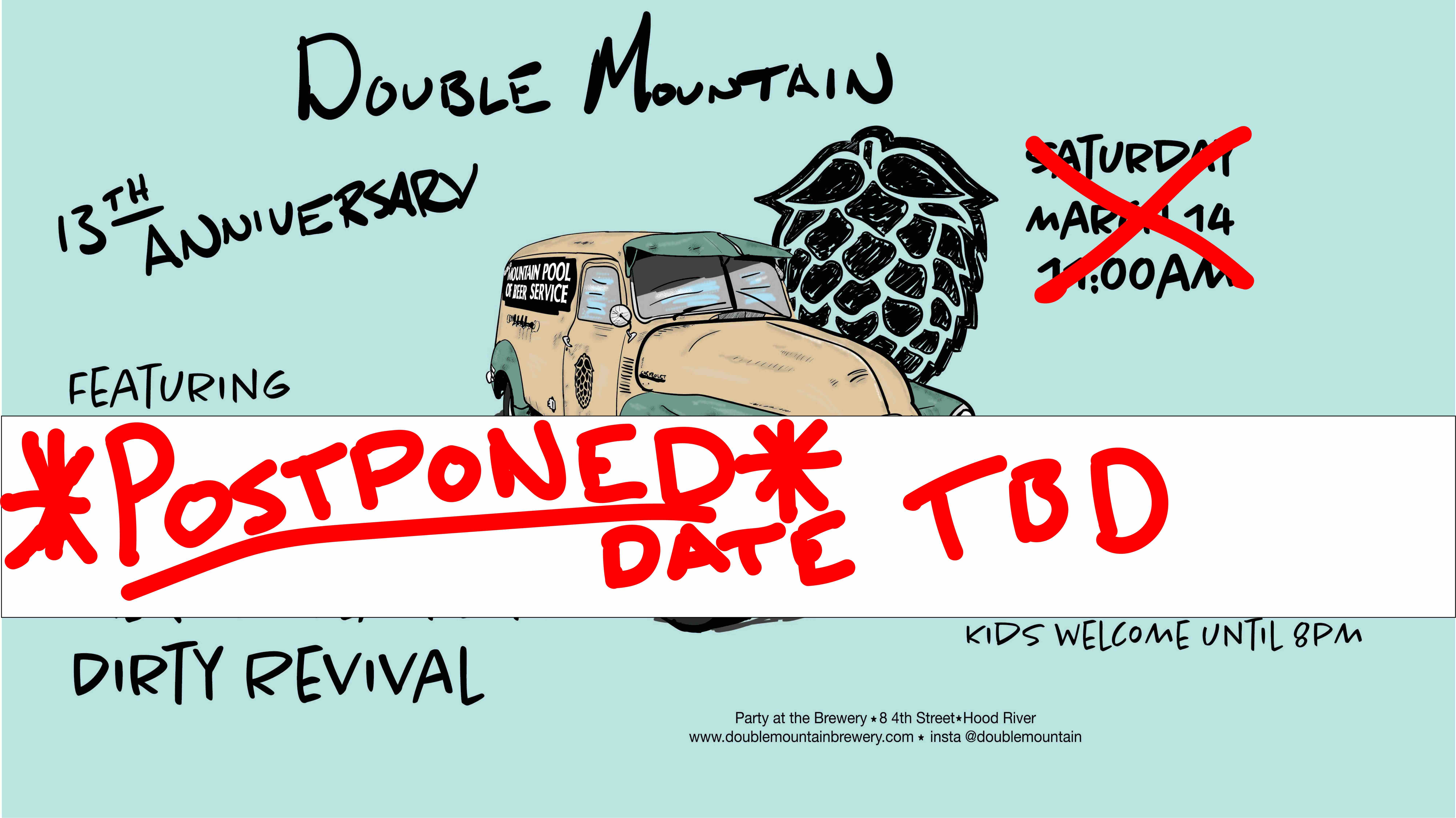 As you know, we are overly excited, as always, to celebrate our Anniversary. After a lot of thought and discussion, we have decided to postpone our Anniversary Party and have set a tentative date of June 27th. We do not take the decision lightly, but considering the number of people that attends and the current situation with COVID-19, we do think it is in the best health interests for everyone. This situation will pass and the time will soon be upon us to celebrate, just with warmer temperatures than usual. We look forward to June and taking this annual event to another level of fun, leaving vague yet vivid notions of an amazing time. Should anyone decide to show up, we will be open for normal hours, unless things change over the next week. We apologize for the inconvenience and hope to see even more people in June.