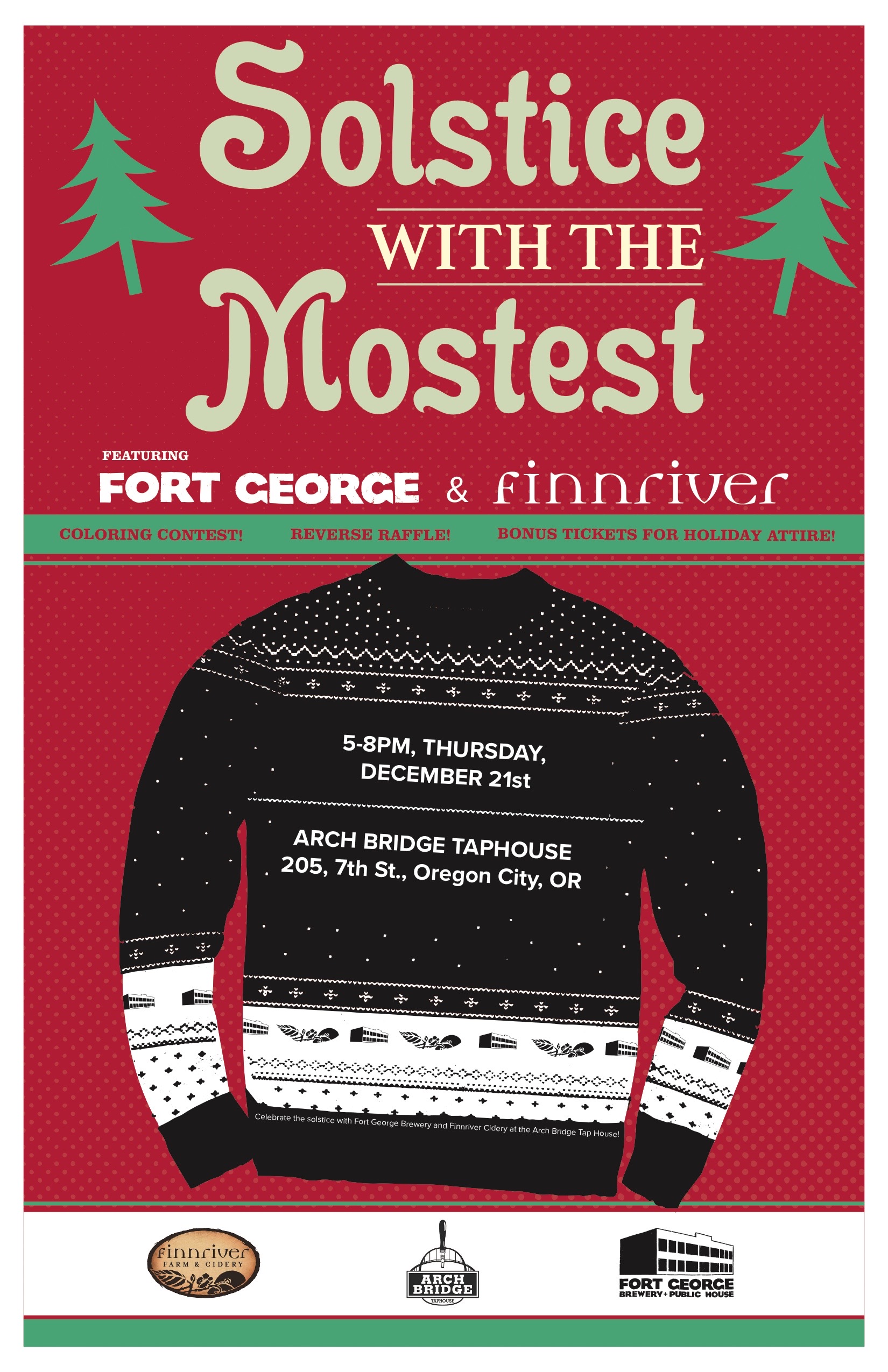 Welcome in the Winter Solstice on Thursday, December 21st at Arch Bridge Taphouse with Fort George Brewery and Finnriver Cidery. From 5:00-8:00pm, the brewery and ciders will celebrate Solstice with the Mostest, an evening of holiday cheer on the shortest day of the year.

The line-up of beers from Fort George includes Magnanimous, Fields of Green, City of Dreams, and Matryoshka with Cocoa Nibs & Raspberry. Finnriver will be pouring Cranberry Rosehip Cider and Bollywood Disco Peach Cider on draft and Finnriver Royale sparkling cider cocktail by the glass.

Bring your creative side to Arch Bridge Taphouse as there will be a coloring contest and other raffle prizes. Plus arrive in festive attire for extra bonus tickets in the evening’s raffle drawing.