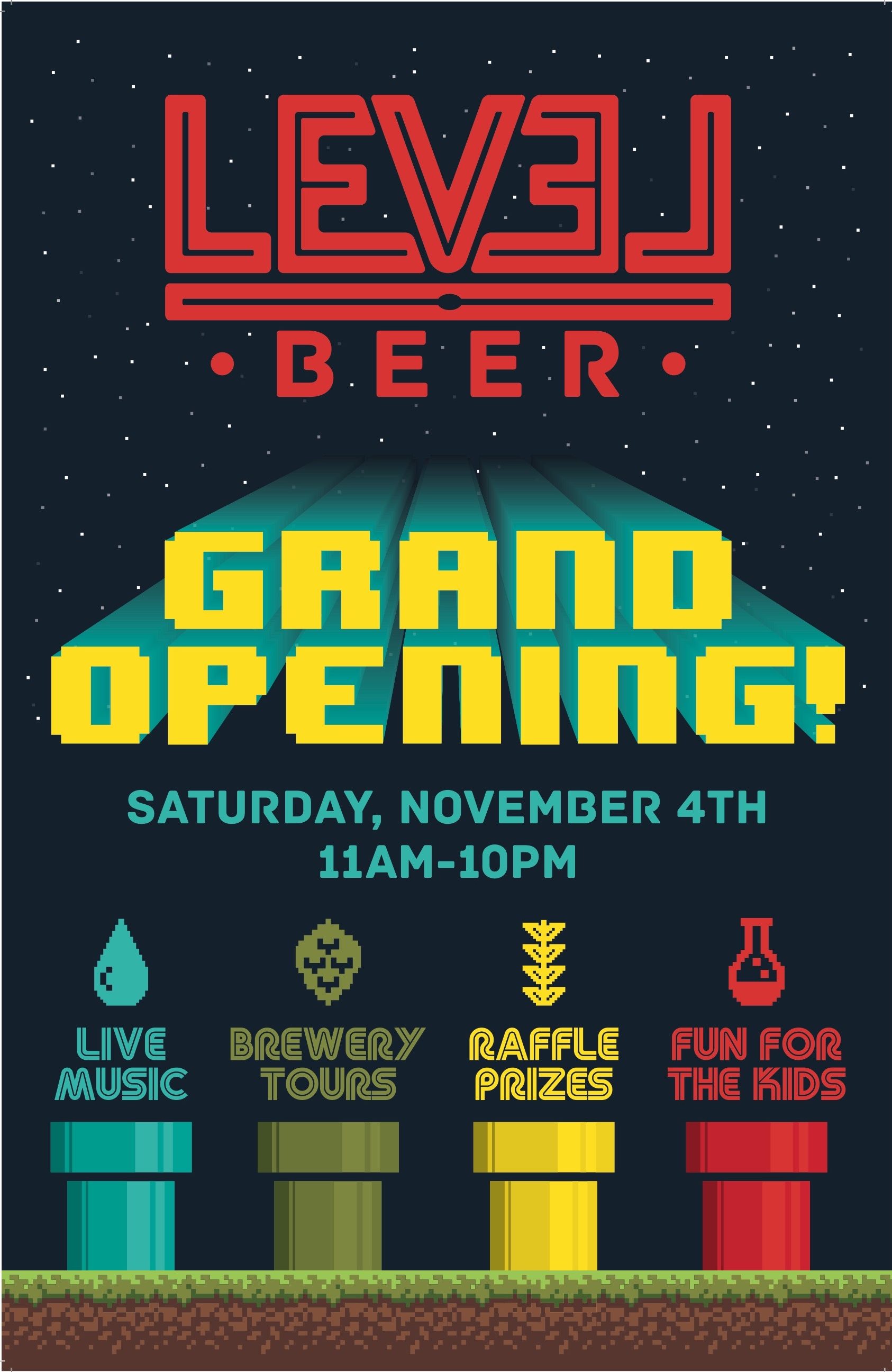 Out in far Northeast Portland sits Level Beer, the first brewery in the city’s Argay Neighborhood. After brewing its own beers for the past few months it will host its Grand Opening Party on Saturday, November 4, 2017 from 11:00am-10:00pm.

A little over a year ago on September 6, 2016, Geoff Phillips announced that he would be taking his experience from operating Bailey’s Taproom, The Upper Lip and BrewedOregon to the next “level” and open a production brewery. At that time he did not announce his other business partner(s). Then a month later we learned that Shane Watterson and Jason Barbee would be his other business partners and be the two head brewers.

This brings us to Saturday’s Grand Opening Party. This will be an all ages event that will see three new beer releases, kids activities, live music, brewery tours, raffle prizes and a free bus shuttles from BREWVANA.

Beginning at Noon and lasting until 3:00pm there will be brewery tours for the public for the very first time. We hope that it will be Shane and Jason giving the tours! Both will be available to discuss the brewing process and show off both brewhouses.

Since all three partners have families they wanted to have the brewery be family friendly. For Saturday they will go the extra length for the kids by bringing in a bouncy house shaped like a pony along with face painting starting at Noon, toys, a coloring contest, and more.

When it comes to new beer releases Level Beer will tap the following three beers – Hazing is Socially Unacceptable (Hazy IPA), Six to Midnight (Imperial Hazy IPA), and And the Crowd Goes Mild (English Dark Mild). And if this is not enough Level will offer a Hazy Bar! There will be an additional bar only for Hazy IPAs. The Haze Craze will feature draft and a pin of Hazing is Socially Unacceptable, and draft of Six to Midnight.

To get attendees to and from Level Beer safely the brewery has worked with BREWVANA to provide free shuttle service from Bailey’s Taproom in Downtown Portland and NEPO42 in Northeast Portland. Here’s the schedule. 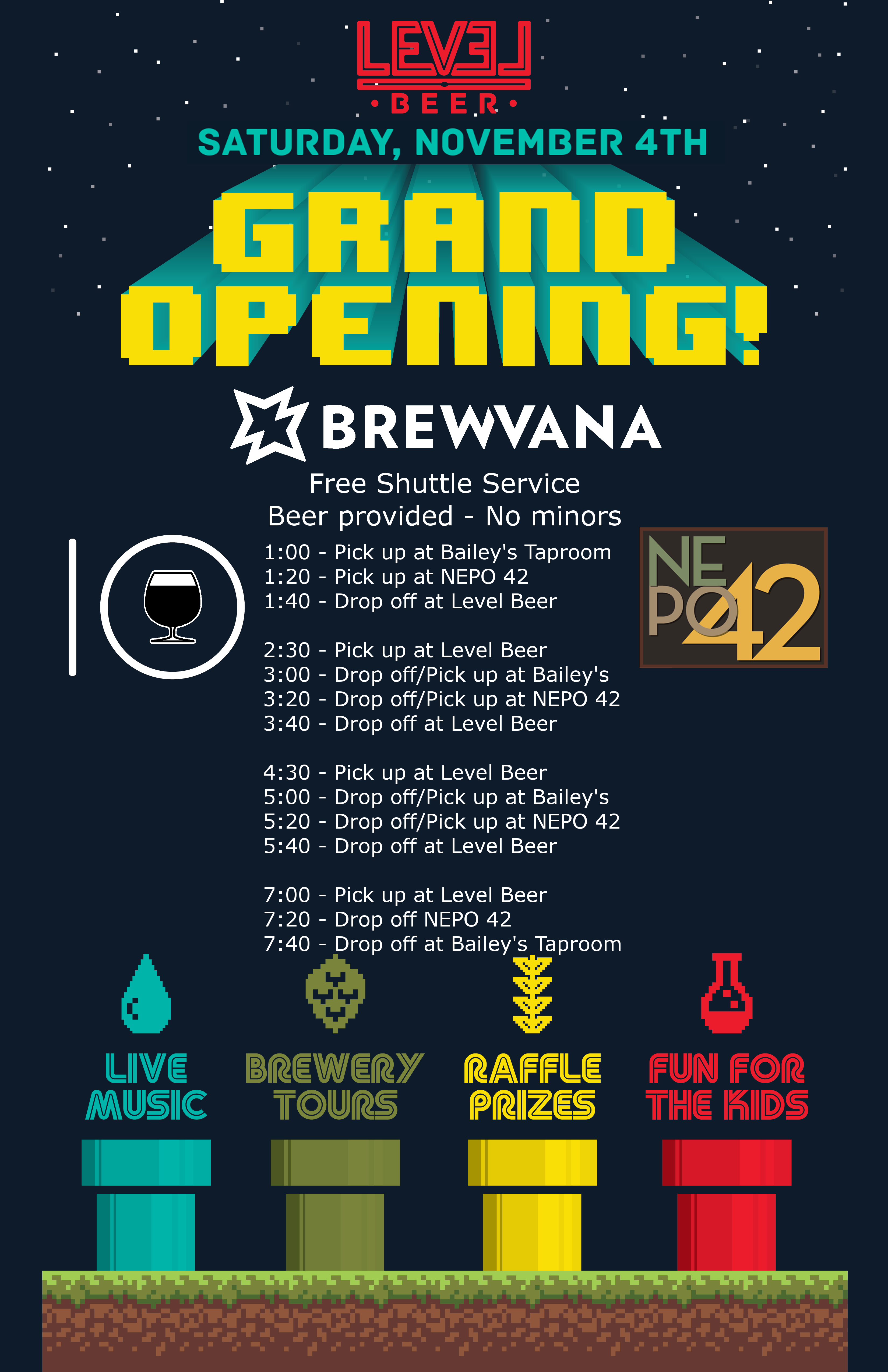 There will also be live music throughout the day including DJ DynoMike from 8:00pm to close. Plus there will be a photo booth by @MotoFotoPDX and various raffle prizes. The prizes include a brew day with the Level crew! Collaborate and develop a recipe with the brewers then make your beer in our facility along with T shirts, gift cards, a logo Stanley Growler, and many other prizes! And wear your Level gear and get a 15% discount.