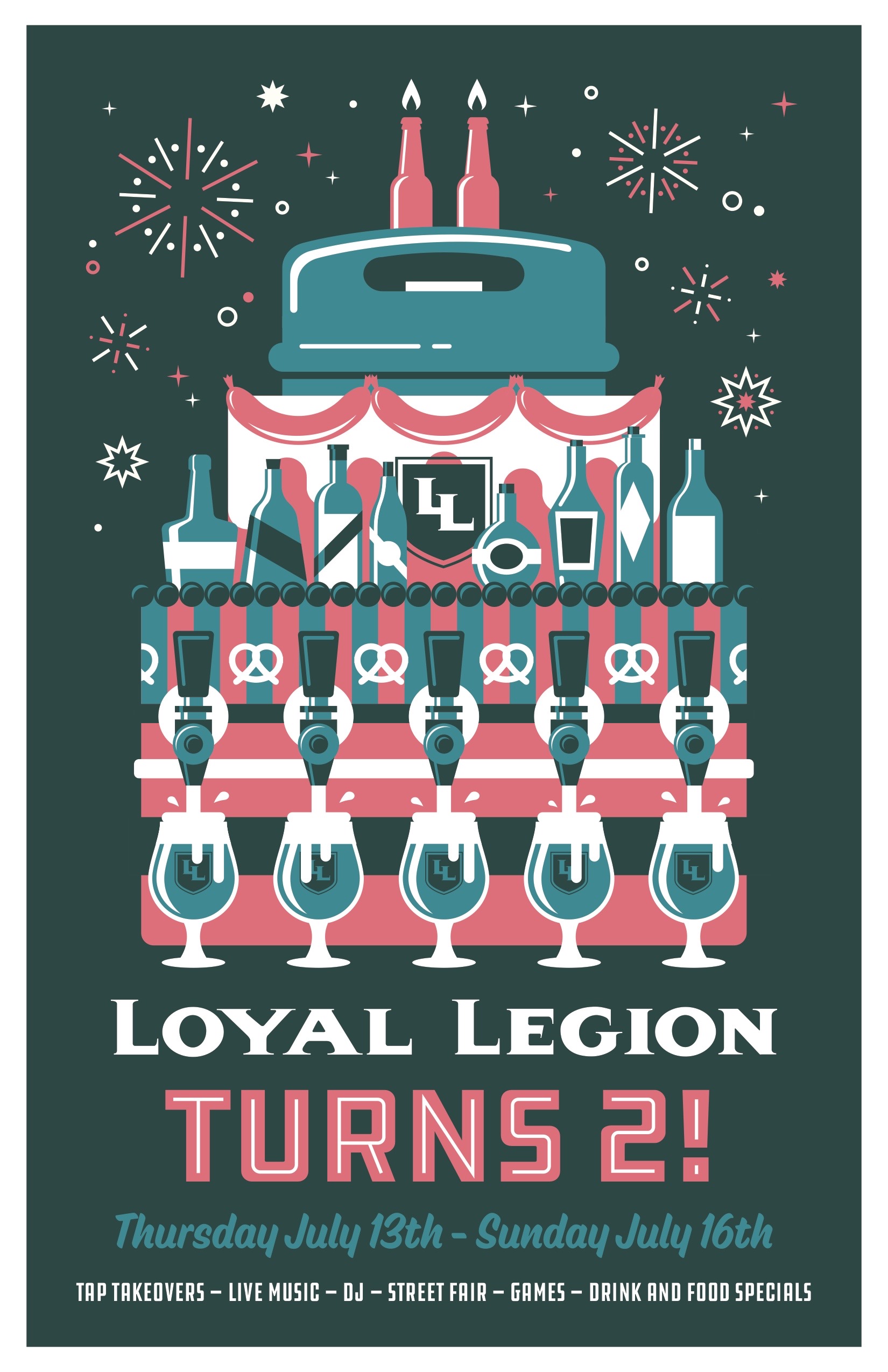 Two years ago a new 99-tap Oregon only brewed beer hall joined the plethora of beer bars in Portland with the opening of Loyal Legion in Southeast Portland.

At the time of its opening Loyal Legion made headlines when it’s ownership, ChefStable set forth that its employees earned a wage that was close to 100% more than Oregon’s minimum wage. This also came at the caveat that employees did not accept tips. All beer was priced at $6 per pint or glass based on the style and cost of the beer. Plus the bar at the time only accepted cash and therefore no bar tabs.

Then a few months later this experiment abruptly ended  as tips were accepted (and expected), credit cards were accepted and bar tabs were offered. Also the beer prices began to vary that made more economical sense for the bar’s long term performance and profitability.

Beginning today and going through Sunday, July 16th Loyal Legion will celebrate with four days of special events. Be on the lookout for a tap takeover with Breakside Brewery, $2.00 Breakside Pilsners, live music, street fair, games and drink and food specials.

Here’s a listing of what to expect regarding specials and events for each of the four-day 2nd anniversary celebration.

Friday, July 14th – Cocktail Showcase
Imbibe with Loyal Legion’s friends from Eastside Distilling, who will be joined by Moet Hennessy and Ardberg Glenmorangie