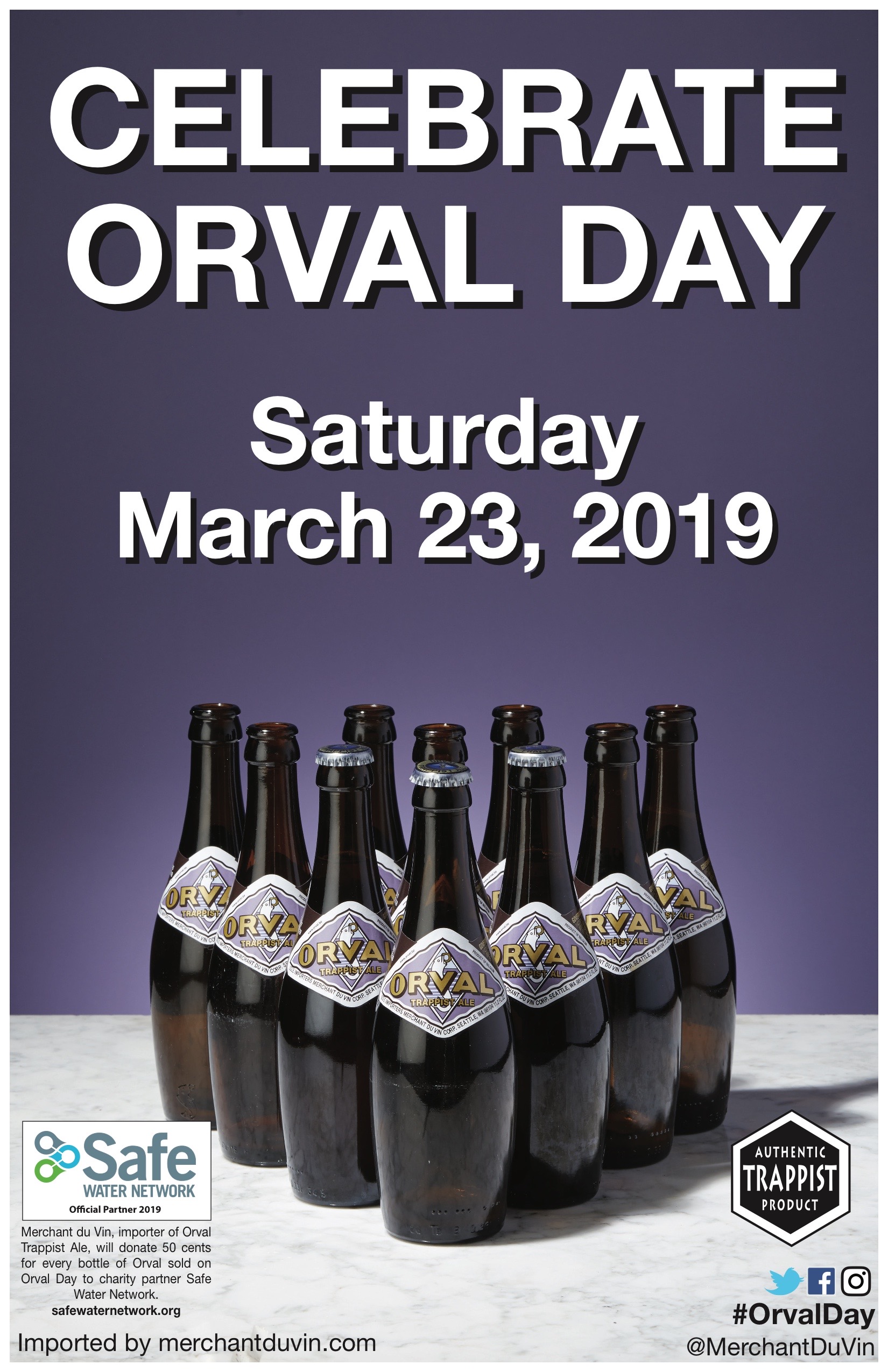 What began as a day that Sean Campbell from The BeerMongers celebrated one of his most highly regarded beers Orval Trappist Ale, now Orval Day has turned into a national campaign from the beer’s importer, Merchant du Vin.

Now in its fourth year, Merchant du Vin brings together hundreds of bars from across the United States to honor Orval on Saturday, March 23, 2019. First imported to the US 35 years ago, Orval is a beer that exposed many beer drinkers to a beer that used brettanomyces. This yeast adds variety of appetizing, sharp acidity and dryness to the beer brewed by Trappist Monks at Notre Dame d’Orval Monastery. Because of the use of Brett, Orval is delicious when it leaves the brewery, but also evolves in the bottle for five years or more.

Since its inception, Orval Day has raised money for charity and 2019 is no different. Merchant du Vin’s charity partner for 2019 is Safe Water Network. This group helps bring clean, sustainable water to communities in Ghana and India. After Merchant du Vin totals up the 2019 Orval Day sales, the importer will donate 50 cents to Safe Water Network for every bottle of Orval sold.

For additional locations across the entire United States click here.