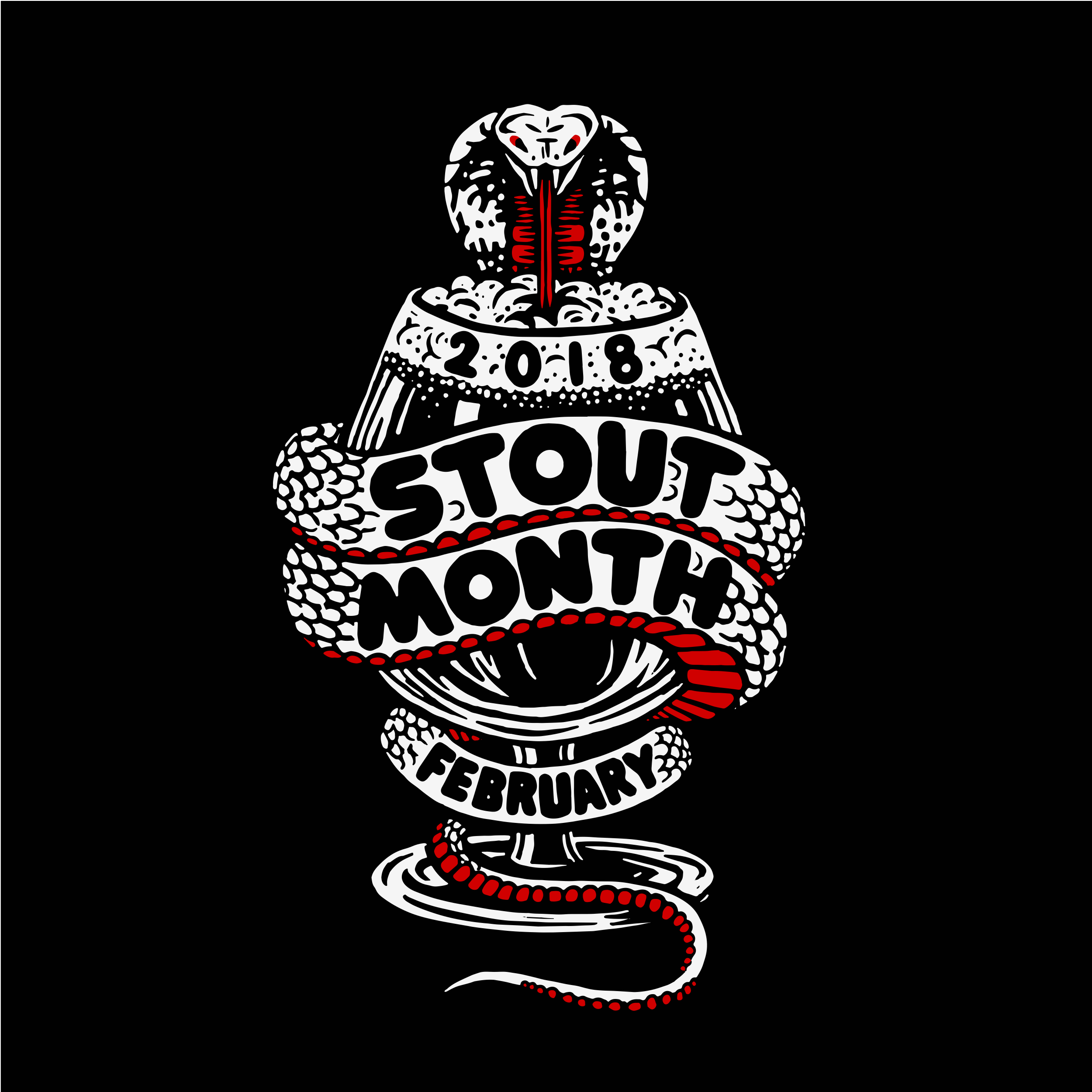 It is also the month that the brewer hosts its annual Festival of Dark Arts. If you haven’t secured your tickets hopefully you have a friend that did for you as this event has long been sold out…since November. The 2018 edition sold out in 40 hours. If you are fortunate enough to have secured a ticket, this year’s FoDA will see a larger, expanded footprint along with nearly 70 stouts on tap.

Throughout the month of February Fort George will be pouring 24 unique stouts at the brewery. It is said that there will always be 8 stouts on tap at each of its bars in its complex in Astoria during Stout Month.

For those that cannot make it to Astoria for Stout Month the brewer will once again be bringing it on the road with its Traveling Carnival of Stout heading to several locations around the Pacific Northwest.

And if that is not enough, Fort George will be releasing a few new beers. These releases include new 16 ounce four-packs for From Astoria With Love, a 9.4% Russian Imperial Stout and the 2018 edition of Matryoshka. In store for 2018 are four variations of Matryoshka. The Matryoshka series is the barrel aged version of From Astoria With Love. Fort George will host a massive bottle release at the brewery the day after Festival of Dark Arts.

Created over twenty years ago by Fort George co-owner Jack Harris, Stout Month has taken on a life of its own in Astoria. Brewer creativity with the style expands every year, as do those stout tap lists (24 UNIQUE STOUTS THIS FEBRUARY!). The immensely popular Festival of Dark Arts continues to get darker and darker. And this year Fort George adds the largest barrel aged bottle release ever held on the block.

“Our Matryoshka series is always fun because of the possibilities,” explains David Coyne, Fort George brewer and barrel master. “The beer is very chocolaty from the roasted malts to begin with, so we decided to push the vanilla in one variation by sourcing a bunch of Madagascar vanilla beans. From there I like to add a fruit, this year marionberries, to give it a tart pie taste that pairs well with the breadiness of the grains.”

The Matryoshka series starts with a Russian Imperial Stout (From Astoria With Love), which is then barrel aged for several months with increasing layers of adjuncts. Matryoshka is the Russian name for wooden nesting dolls. It’s also the illustration on the label, which was drawn by David Coyne as well.

“This year we put some of the Matryoshka into different barrels, other than bourbon,” David continues. “There are two variations which feature a blend of Matryoshka aged in Willamette Valley Pinot Noir barrels. And we plan to do more barrel variations in the future.”

Matryoshka and all of the variations will be on tap during Stout Month. And the base beer, From Astoria With Love, will be available in 16-ounce four-pack cans starting in February. The Pacific Northwest will be awash in stout this February, which puts a dark, stout-soaked smile on Jack Harris’s face.

Festival of Dark Arts
Every year for one dark day, stout lovers converge on Fort George to enjoy craftspeople, roaming entertainers, art, and spectacle surrounded by over 60 rare stouts on tap. There’s live music throughout, including performances this year by Robert Sarazin Blake, Roselit Bone, and Slim Cessna’s Auto Club. The return of PORCUS! and an expanded footprint onto 14th Street will let festival goers stretch out it stout style. If you were lucky enough to get tickets, check festivalofdarkarts.com for lineups and stout lists. If you missed out on tickets this year, get ready for The Aftermath.

The Aftermath
On Sunday, February 18th, the day after Festival of Dark Arts, the Fort George campus will reopen to the public at noon. Of course there will be new stout releases in the pub and pizzeria (see list below), and the tap trailer will be filling growlers from the remaining Festival of Dark Arts kegs. But the barrel fans will be in the Lovell Brewery for the release of four new variations in this year’s Matryoshka series. Joined by Bourbon Barrel Matryoshka (2018) and cellared versions of the Matryoshka beers from 2017, the Lovell Taproom will be pouring all eight of these barrel aged stouts.

Wax-dipped bottles of the five 2018 Matryoshkas along with very limited cellared bottles from 2017 will be on sale. And to add a little light to the dark, a fresh Fields of Green will be released at the brewery. Get this evolutionary IPA on tap or in four-pack cans to go. No tickets, no reservations. Top your night with a live performance by The Builders and the Butchers at 8pm, never a cover.

The Stouts
As you arrive at Fort George public house, or pizzeria, or Lovell Taproom during Stout Month, you’ll be welcomed with an overflowing tap list of dark and deliciousness. Stout staff is here to help you with your selection or you may order up blind stout taster trays. At least eight stouts will be on tap in each location, with a new stout released every few days.

February 10th
From Astoria With Love – Russian imperial and the Mother of Matryoshka 9.4% 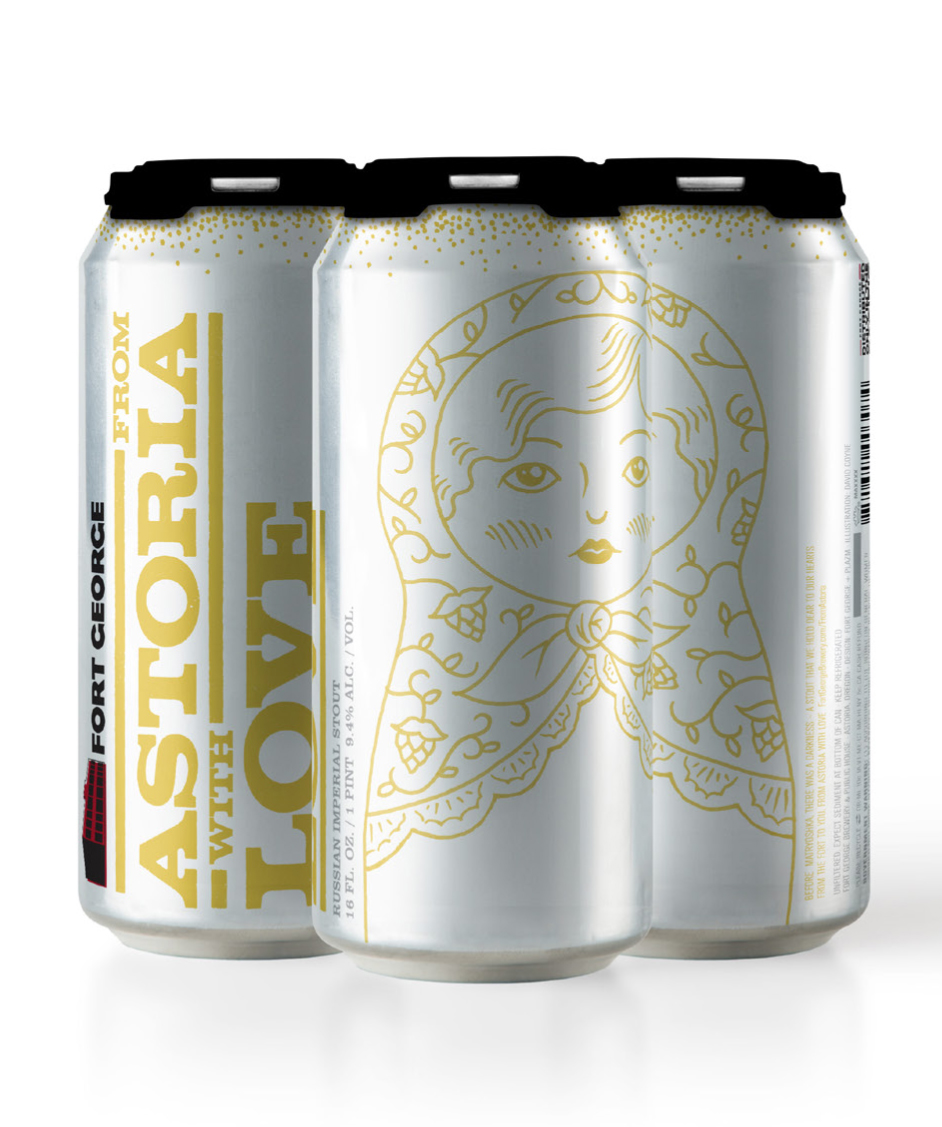 The Traveling Carnival of Stouts
Select venues will feature specialty stouts from Fort George during February. Get a taste of Stout Month as it winds its way across the Pacific Northwest.

Stout Month begins on Thursday, February 1st. Bring your loved ones, your beloved growlers, and your love of the dark. Fort George promises you won’t go away light-handed. For more information about Fort George Brewery and Stout Month events, go to fortgeorgebrewery.com.