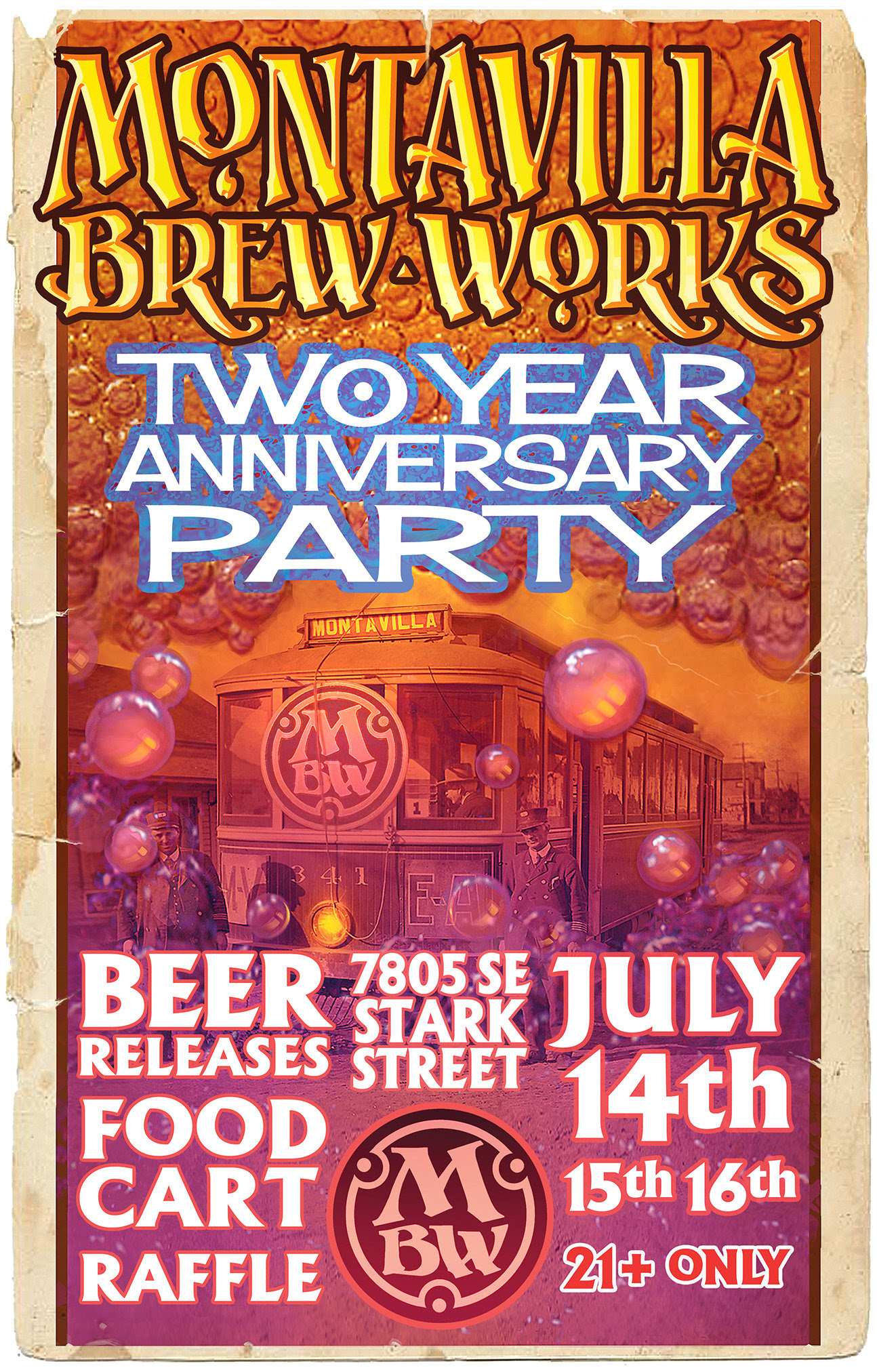 The brewery in the heart of Portland’s Montavilla neighborhood will celebrate its Two Year Anniversary this coming weekend. Montavila Brew Works has been brewing beer for the past two years and will host an anniversary celebration Friday, July 14th through Sunday, July 16th at its taproom and beer garden.

Beginning at 3:00pm on Friday, Montavilla Brew Works will be releasing a few new beers through the weekend. On Friday and Saturday beginning at 5:00pm Mixteca will be serving tacos, tamales and more. There will also be raffle tickets for some great prizes featuring brewery swag and gift certificates from local Montavilla businesses.