Two birthdays and a new cider patio; beer and cider events for the week of June 24-28. 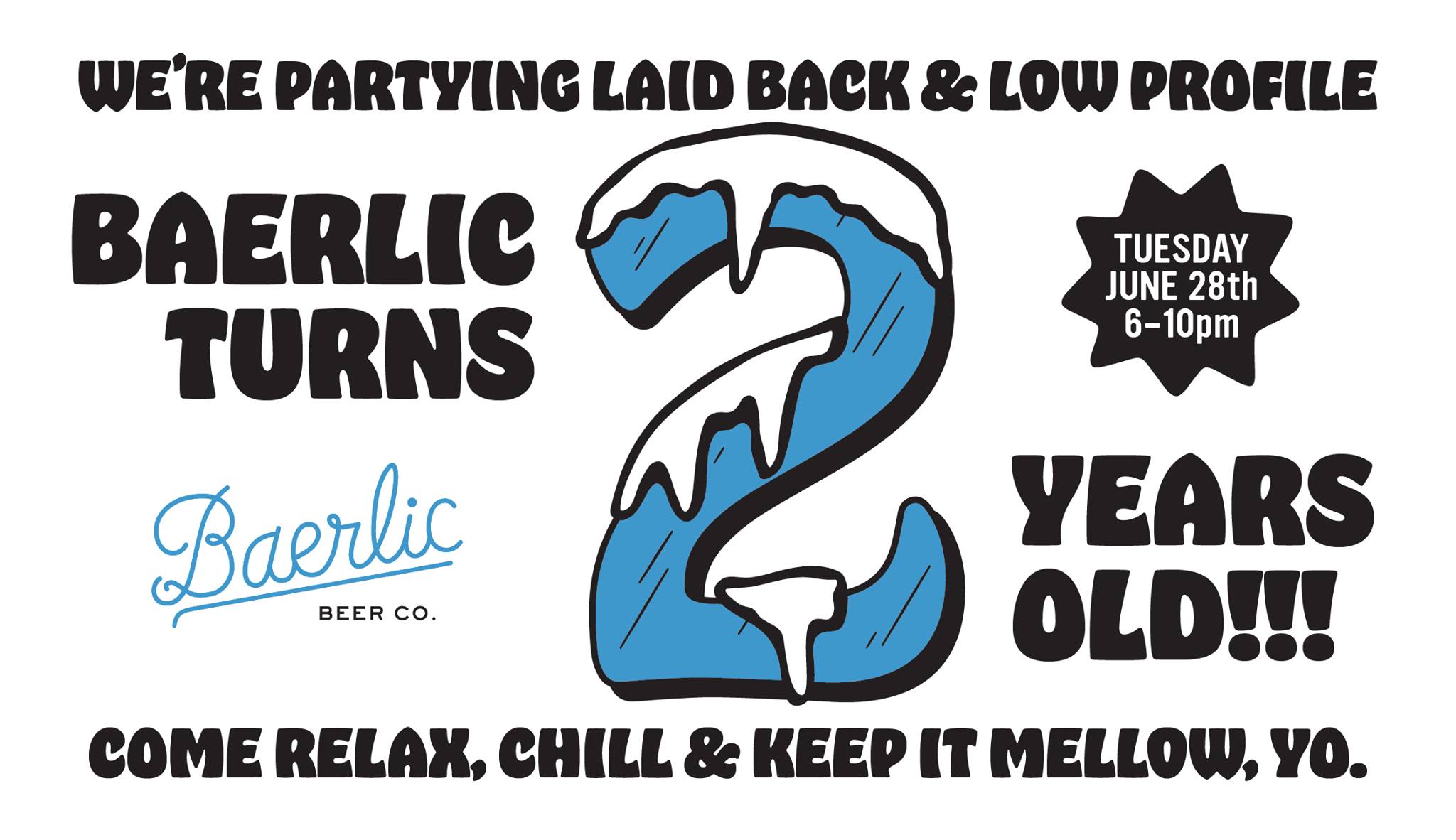 Baerlic Turns Two
6-10 p.m. Tuesday June 28, Baerlic Brewing Co., 2235 SE 11th Ave.;
The Baerlic Brewing crew is keeping the second anniversary laid back and low profile so they can party too. They’ll have the brewery opened up with cornhole, big jenga and some very special beers pouring on the back taps:

Here’s what Rik Hall and Ben Parsons said a couple of years ago, when they opened the doors at Baerlic. Since then, they’ve lived to and surpassed their opriginal promise and become an integral part of Portland’s brewing community while developing their own identity…

Born out of an undying passion for the perfect pint of beer, Baerlic Brewing Company is a collaborative entity created by Ben Parsons and Richard Hall. After years of brewing on the small scale in a basement and winning numerous awards in amateur competitions all over the region, Parsons and Hall decided they should finally give in to the voices in their heads and move toward a small scale production brewery and taproom.

“When we say The Beer Here Is Near And Dear, we mean it,” says co-owner and brewer Ben Parsons. “We strive to work in as close a proximity as possible for all our ingredients, materials, vendors, supplies, and suppliers. And that allows us to absolutely love the beer that we brew.” Baerlic is focused on brewing the beers they love to drink and doing it in a way that respects the history and art of brewing while also pushing the boundaries on styles and processes.

“I think the biggest thing we have learned in this process is that Baerlic is not just us, Rik and Ben, and we absolutely could not have done this without the support of our wives and families, and all the incredible friends we have made along the way,” said Hall, co-owner and brewer. “The Portland beer scene is incredibly friendly and supportive and we consider this a friends and family business and want to build something that tells that story. Beer is an amazing and communal thing and we strive to emphasize that in our beers and our taproom.”