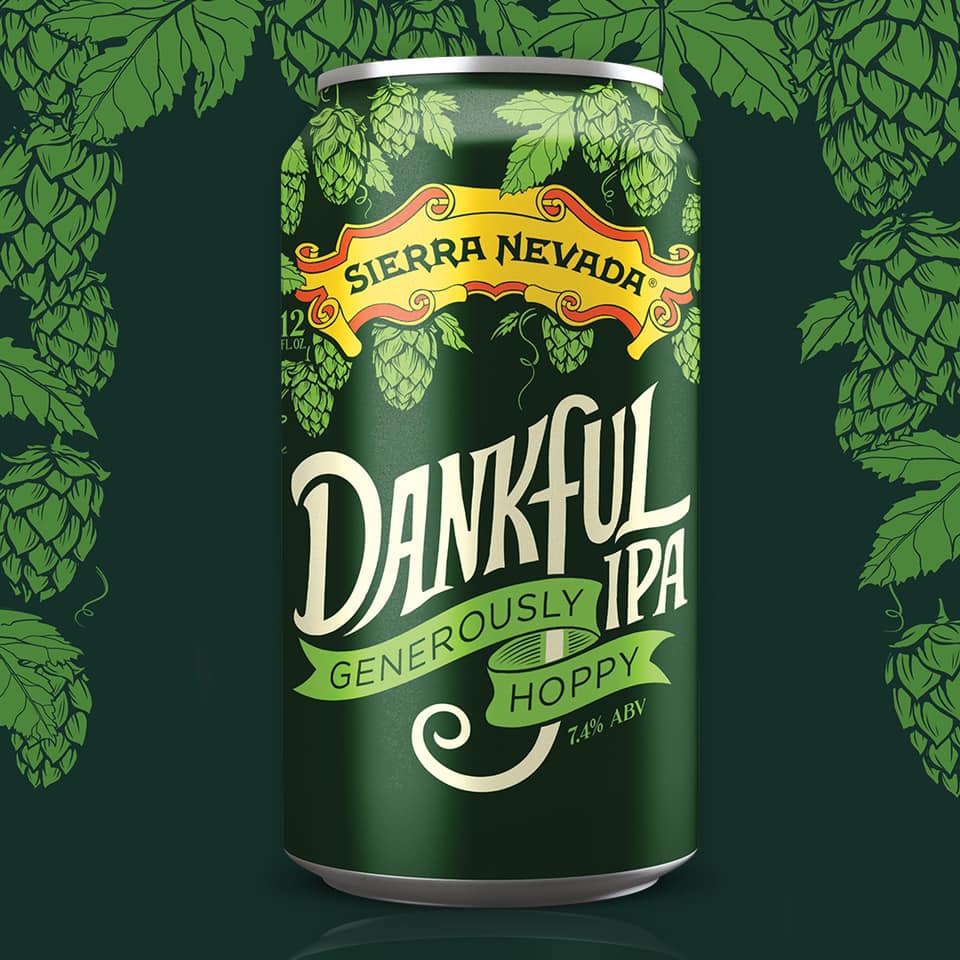 Chico, CA—Sierra Nevada announced plans today to release Dankful IPA, a generously hoppy beer that will help the brewery raise funds for a variety of charitable works. The brewery has committed to at least $1 million in donations through the program over the next year.

Dankful is brewed in honor of the nonprofits who are dedicated to the important work of supporting our communities. A hoppy West Coast-style IPA, Dankful will be on shelves in cans nationwide starting in mid-September. The beer is 7.4% ABV with 55 IBU and has a resinous flavor with notes of pine and tropical fruit. 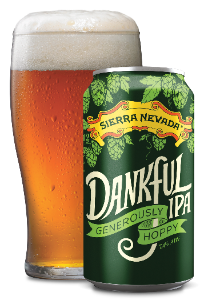 Rather than making donations contingent upon Dankful sales success, Sierra Nevada has committed to at least $1 million in donations over the next year, which will be supported in part by Dankful sales. Sierra Nevada will partner with new nonprofits each quarter, allowing the brewery to be nimble and immediate in its efforts.

“With ongoing fundraising through Dankful, we can immediately support those nonprofits doing critical work in our communities by getting them what they need when they need it,” explained Sierra Nevada Vice President Sierra Grossman. “Dankful allows us to focus on what we do best: supporting the causes we believe in and brewing great beer.”

To kick off the effort, the brewery will donate $250,000 to World Central Kitchen for COVID-19 relief. Through its #ChefsForAmerica program, World Central Kitchen has provided 25 million meals for families facing food insecurity during the COVID crisis. The program also creates jobs for restaurant workers, providing support to one of the hardest-hit industries.

Philanthropy has long been an integral part of Sierra Nevada’s DNA. During the start of the COVID-19 crisis, the brewery worked with Enloe Medical Center to produce VTM—a necessary tool for COVID testing. In 2018, the brewery organized Resilience Butte County Proud IPA, a crowdsourced fundraising effort that raised nearly $10 million for the local community after the deadly Camp Fire.