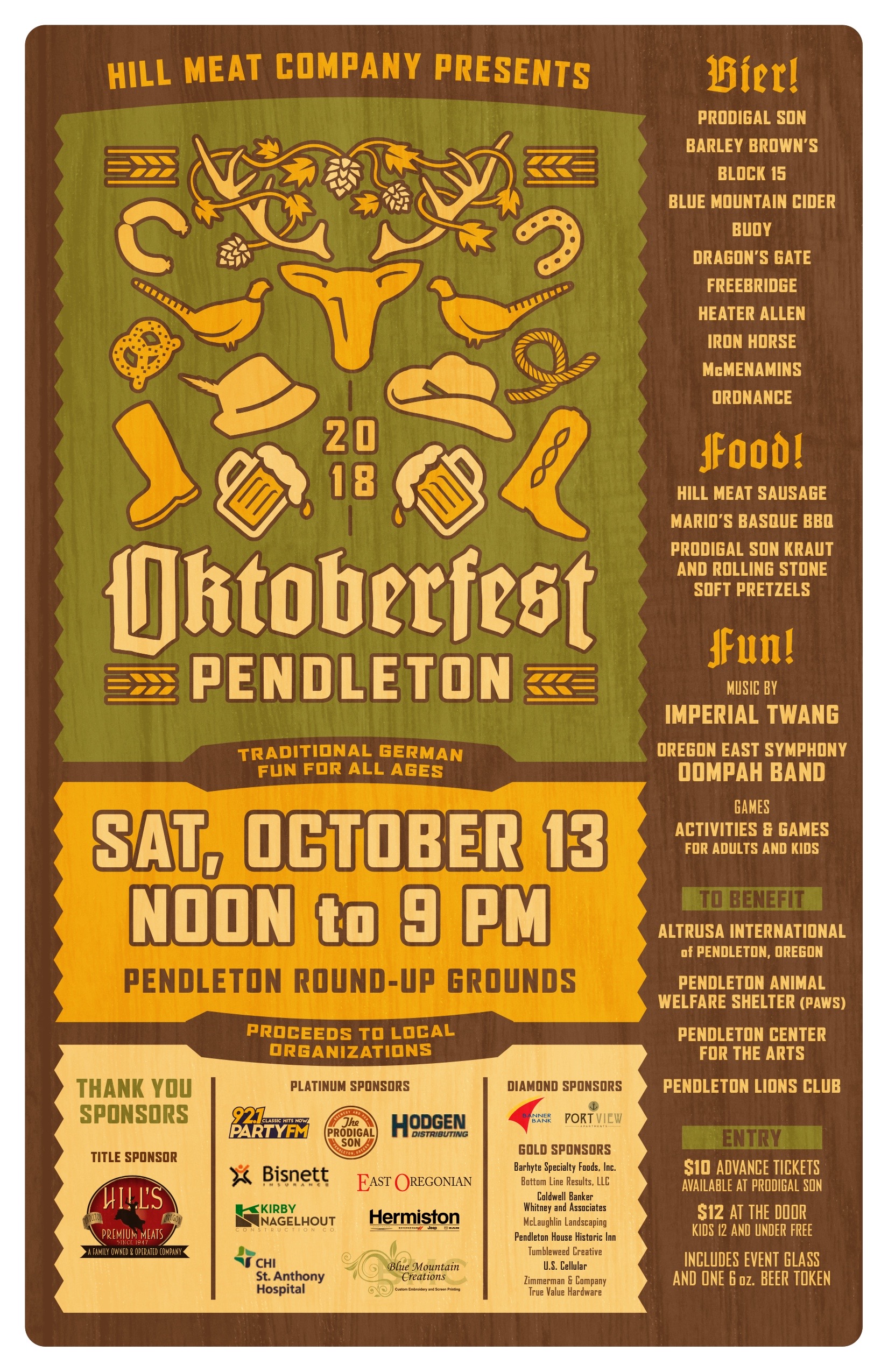 Oktoberfest returns to Eastern Oregon this weekend. The Pendleton Round-Up will be host to the 2018 Oktoberfest Pendleton on Saturday, October 13th from Noon-9:00pm.

Entry into the 2018 Oktoberfest Pendleton is $12.00 and includes a glass mug and a beer token. Non-drinkers and minors over 12 can attend for $5.00. Kids under 12 get in free. Presale tickets are available at Prodigal Son Brewery & Pub for $10.00.

All proceeds will be split between Lion’s Club of Pendleton, Pendleton Center for the Arts, Pioneer Humane Society, and Altrusa of Pendleton. Festival organizers were able to award two $2,500 academic scholarships to local graduating seniors this past year! To date, the festival has been able to donate over $38,000 to local charities. None of this would be possible without the generous help from its sponsors!

The beers vary from classic German styles to new trendy Brut IP’s with many styles in between. About half of the beers are from Eastern Oregon/ Washington breweries and cider companies. Highlighting the great beers and ciders coming from this part of the NW was a priority to the festival organizers.

If beer is not your thing, Oregon Grain Growers Brand Distillery will serve up delicious mixed drinks using their locally distilled vodka, gin, and whiskey. Plus for wine lovers Scarlet Oak Barrels will be sampling their wine.

There will also be live music throughout the day. Musicians from the Oregon East Symphony will perform oompah style music for the first half of the day that will be followed by Imperial Twang will perform their brand of country rock into the evening. There will be crafts, and games for the kids until 5:00pm thanks to the Eastern Oregon Children’s Museum.