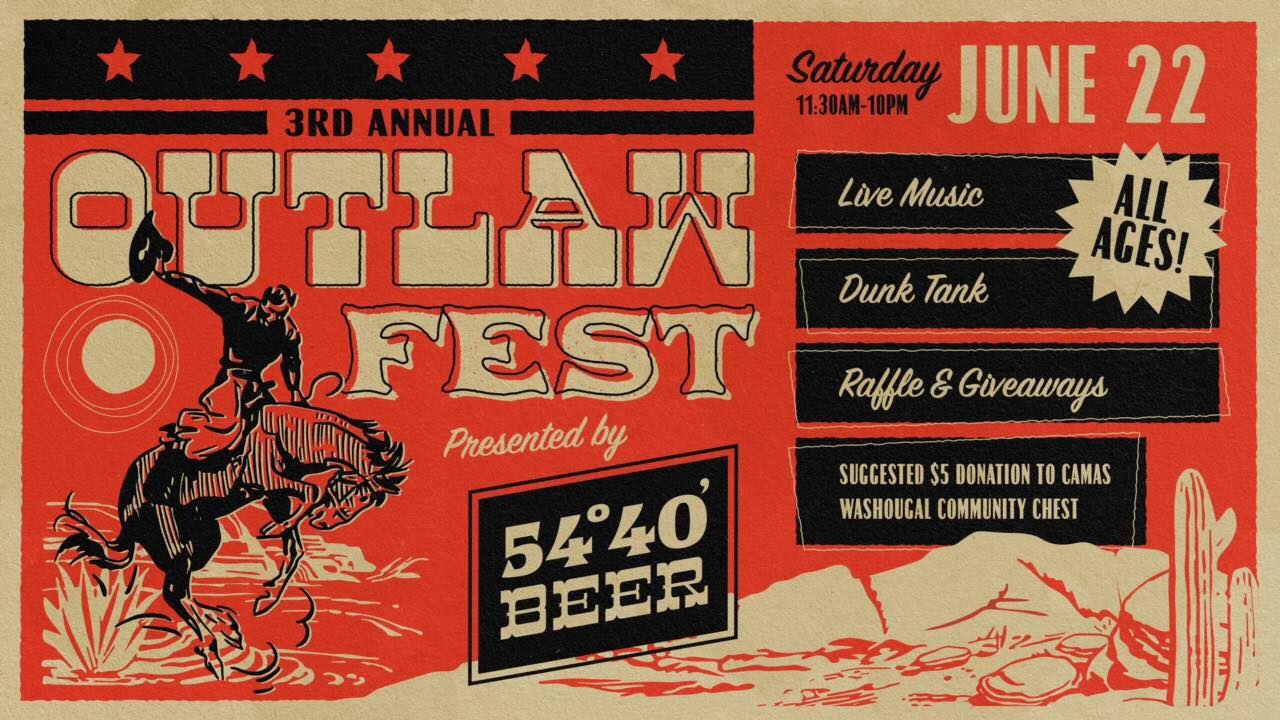 “We’ve got both kinds of music…Country and Western!” is the line made famous in the 1980 film The Blues Brothers when Jake and Elwood Blues learn about their performance at Bob’s Country Bunker. On Saturday, June 22nd 54°40‘ Brewing will host its 3rd Annual Outlaw Fest, a day filled with country and western music raising money for the Camas-Washougal Community Chest. We cannot guarantee that Rawhide will be performed but we’ll throw it out there for a request!

54°40′ Brewing is set to host a full day of family-friendly fun and outlaw country sounds. The festival will feature a special all-American food menu with hot dogs, burgers, corn, BBQ chicken, slaw, mac & cheese and beans. The fun kicks off at high Noon with Bolt and Badger in the Brewers Dunk Tank, hopefully not together.

Headlining the festival will be Portland’s own Golden Promise that’s led by Sean Burke, Head Brewer at Von Ebert Brewing. Music will begin at 1:00pm and here’s a peek at the schedule.

A $5 Suggested Donation at the door supports the Camas-Washougal Community Chest! Outlaw Fest will take place from 11:30am-10:00pm.