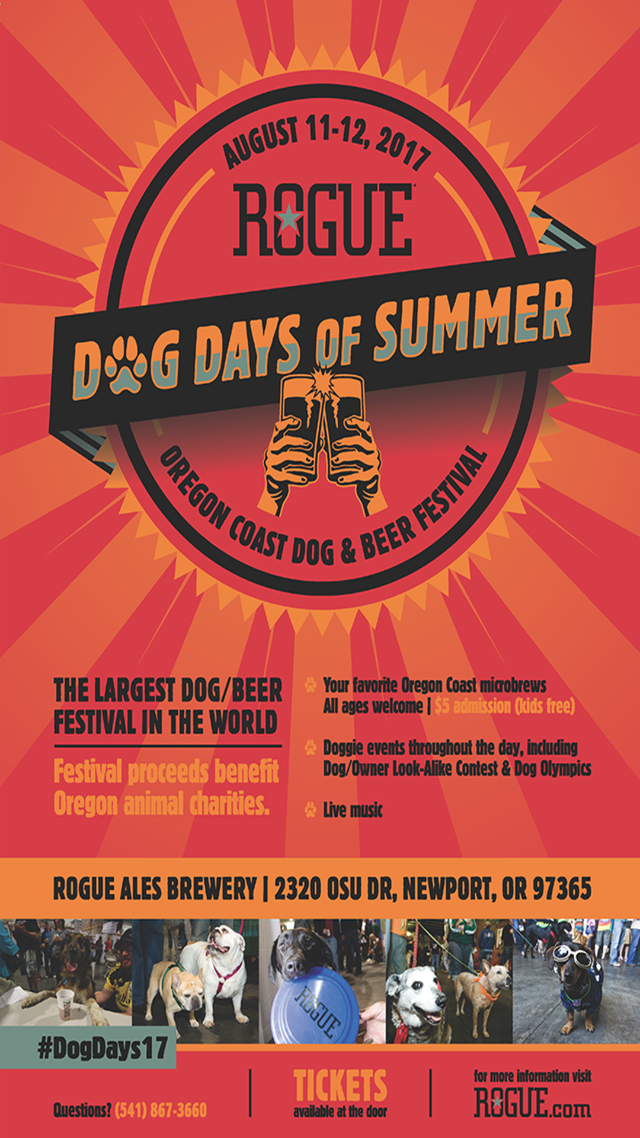 Dog Days of Summer will feature Oregon Coast beers from a variety of breweries, live music, dog events and a bounce house obstacle course for the kids. This two day event will take place in Newport, Oregon on Friday, August 11th from 5:00-10:00pm and Saturday, August 12th from Noon-10:00pm.

And to keep with the dog theme from the former festival Dog Days of Summer will feature dog’s skills and looks – the Cutest Wag competition, Dog/Owner look-alike contest, best trick show and the Dog Olympics.