When a brewery that is on the upswing loses its head brewer filling that position can be quite the challenge. This was a situation that Old Town Brewing found itself in this past December when the brewery parted ways with its GABF and World Beer Cup award-winning brewer Bolt Minister. Granted the brewery has the recipe but it also faces the challenges of some of the nuances that a brewer will use when brewing a specific beer that cannot be written out.

Fortunately at the time Old Town Brewing’s assistant brewer Cory McGuinness was aptly able to continue the consistent beers that Old Town was known for. However being the only person in the brewhouse has its challenges so the need to fill the head brewer position. It was the following month when Old Town owner Adam Milne found a former brewer from Boston Beer Company, better known as Samuel Adams living here in Portland after recently relocating here from a cross country move that temporarily took him away from the brewing industry. It didn’t take Milne a long time to hire Andrew Lamont has his new Head Brewer in January of this year. 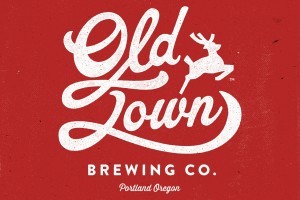 Lamont’s brewing background is quite impressive. He spent many years brewing for Samuel Adams. His career at Samuel Adams began when he started brewing at its Cincinnati brewery in 2006. He remained brewing in Cincinnati for a couple of years prior to taking the big leap to Samuel Adams Research and Development Brewery in the Jamaica Plain neighborhood of Boston. This is where he honed his brewing skills at Sam Adams.

With his background as a mechanical engineer, Lamont took a huge career change when he entered the University of California – Davis Master Brewer Program. His love of homebrewing got the best of him to take this major change in wage. This led Lamont to bigger and better things at Sam Adams when he took over the Utopias program at the brewery from 2009 until 2013. If you’re not familiar with Sam Adams Utopias, this is a very limited release that takes years in the making of the blending of various barrel-aged beers to produce a port like drink that hovers at 28% ABV. This is a complex beverage to produce and continues to bring complexity as one enjoys the changing qualities of this beer. At over $150 a bottle it is meant for a very special occasion.

The most recent addition to Old Town’s brewhouse is Lamont’s new Assistant Brewer Jonathan Long. He replaced McGuinness when he left his position and the country to move to Ukraine to brew at Pravda Beer Theatre. Long also has a different background that also took him from the engineering field into the brewing profession.

Since Lamont’s arrival at Old Town he has tinkered with some of the former recipes including the brewery’s popular Shanghai’d IPA and a more noticeable variation to one of the brewery’s Flagship Beers, the formerly known Vanport Pale Ale is now known as Revolver Single Hop. This ever-changing single hop beer currently features Cascade hops. The next version will feature Crystal hops just to keep loyal patrons of Old Town Brewing beers on their toes. Lamont has also brought along his old skills learned while at Samuel Adams on sensory analysis. He now teaches the staff at Old Town Brewing the elements of analyzing beer that will be a huge win for patrons at its locations.

With the ability to produce up to 2,000 BBL on its existing system, the brewery will not fully realize this capacity in the short term. However, with Old Town’s more recent signing with Maletis Beverage for distribution of its beers and that two of the brewers more popular varieties are currently packaged in 22oz bottles this may become reality sooner than anticipated. With plans to add additional beers to its 22oz packaging, currently Old Town has Sun Dazed Kolsch and Shanghai’d IPA in bottles with label designs created in-house from Jordan Wilson. The next variety to be packaged in 22oz bottles will be Paulie’s Not Irish Red and possibly a winter seasonal.

When it comes to seasonal beers this is when Lamont gets a bit more excited. Its fine to do some tweaking to the brewery’s Flagship Series but this is where he gets to have a bit more fun and experiment. Old Town strives to always have 8 to 9 house beers on tap at both the brewery location on NE MLK and Old Town Pizza in downtown Portland. One of the current seasonal beers at Old Town is a new lightly smoked ale named 14° of Kevin Bacon. This beer will please a fan of smoked beers and at only 5.7% it keeps in line the tradition of brewing lower alcohol but still flavorful beers at Old Town.

The other new seasonal to look for will be tapped on Wednesday at the Oregon Brewers Festival with its 1-Up Mushroom Ale. Brewed with candy cap mushrooms, this Alt based beer is one the excited the entire staff at Old Town. Lamont states, “1-Up is similar to an Alt but a little bit woody with maple.” Look for 1-Up Mushroom Ale in Trailer 3 at this year’s Oregon Brewers Festival.

Other new seasonal beers to be on the look out for include an ESB, Wheat IPA, Cream Lager and a new Imperial IPA that will be part of Saraveza’s upcoming IIPA Fest on August 15-16.