After closing its onsite taproom and restaurant over two years ago, Portland Brewing will permanently close and cease brewing operations at its brewery in Northwest Portland on February 5, 2021. This location also brews beers for Pyramid Brewing and this brand will continue on as a few of its brands will be brewed elsewhere.

Portland Brewing first came on the scene as one of the original Oregon breweries of the modern craft beer movement. The brewery was founded in 1986 by Art Larrance, Fred Bowman and Jim Goodwin at the corner of NW Flanders and 14th. Portland Brewing eventualy vacated this location to build a larger facility in the Portland’s Northwest Industrial area. The brewery’s original location went on to become the Rogue Public House for a run that lasted 20 years until it closed down in September 2020.

Through the years Portland Brewing has changed hands quite a few times. After investing in the brewery and having a beer named after him, Robert MacTarnahan bailed the brewery out in 1998 and took over ownership. Then six years later in 2004, Portland Brewing sold to Pyramid Brewing from Seattle. Brewing continued in the Portland facility where it expanded and brewed both brands.

In 2008, the two breweries were sold to Vermont’s Magic Hat Brewing and then this entity was acquired by North American Breweries in 2010 and based in Rochester, New York. Two years later in 2012 this conglomerate of breweries was purchased by Florida Ice & Farm Co., based in Costa Rica.

During these numerous ownership changes, Portland Brewing continued to brew its beers in Portland as it operated an onsite taproom and restaurant up until November 2018. In recent years the brewery attempted to focus on connecting to its Rose City roots as it brewed a beer for The Unipiper and on that honored Terry Currier, owner of Music Millennium, but this was not enough to keep the brand going.

We reached out to Florida Ice & Farm Co. about the future of Portland Brewing and Pyramid Brewing brands. “Right now, we’re focused on shifting production of Pyramid beers to Rochester,” said Mary Beth Popp, Vice President, Corporate + Brand Communications at Florida Ice & Farm Co., in an email to BREWPUBLIC.  “We don’t have plans to brew other (Portland Brewing) brands. We will focus on the core brands – Hefeweizen, Apricot Ale and Outburst. We will also look for opportunities across the remaining portfolio.”

It has been an amazing journey helping to shape the Portland craft beer scene! Over 34 years, we have made lots of interesting and creative beers that showcase the heart and soul of our brewers. We have had the privilege to work with many great people…and we’ve served plenty of thirsty and loyal beer drinkers. So, it is with a heavy heart that we will permanently close our Portland brewery doors in early February.

Thank you to all those who have supported Portland Brewing Co. and been with us for so long. 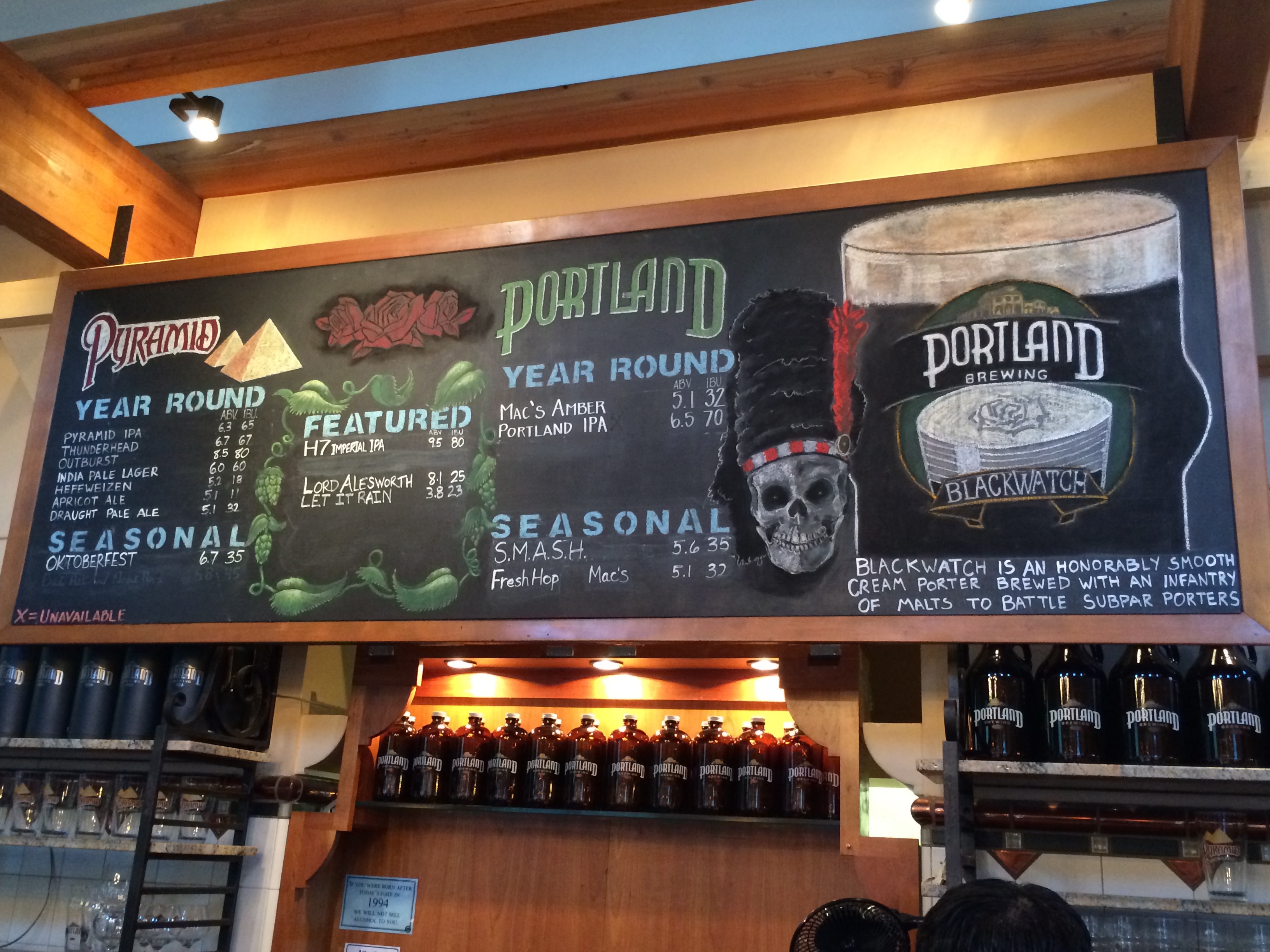 As it relates to its sister brewery, Pyramid Brewing, it appears that its beers will continue on as they will be brewed in Rochester, New York at its parent company where it brews Genesee, Magic Hat, and Labatt. Last year Pyramid Brewing shuttered its restaurant and taproom in Seattle at the onset of the COVID-19 pandemic and now will be without any location in the Pacific Northwest.

It has been an amazing journey helping to shape the Pac NW craft beer scene. Over 36 years, we have made lots of interesting and creative beers that showcase the heart and soul of our brewers. We have had the privilege to work with many great people…and we’ve served plenty of thirsty and loyal beer drinkers. So, it is with a heavy heart that we will permanently close our Portland brewery doors in early February.

We will continue to brew up delicious Pyramid brews in our parent company’s Rochester brewery to keep the legacy alive. While it is not ideal to close the brewery, it sustains Pyramid’s presence in the Pac NW beer scene.

Thank you to all those who have supported Pyramid Brewing Co. and we hope that you will continue to drink Pyramid beer.

We wish all of the best to the soon to be former employees at Portland Brewing and will cherish all of the memories we’ve experienced there through the years!