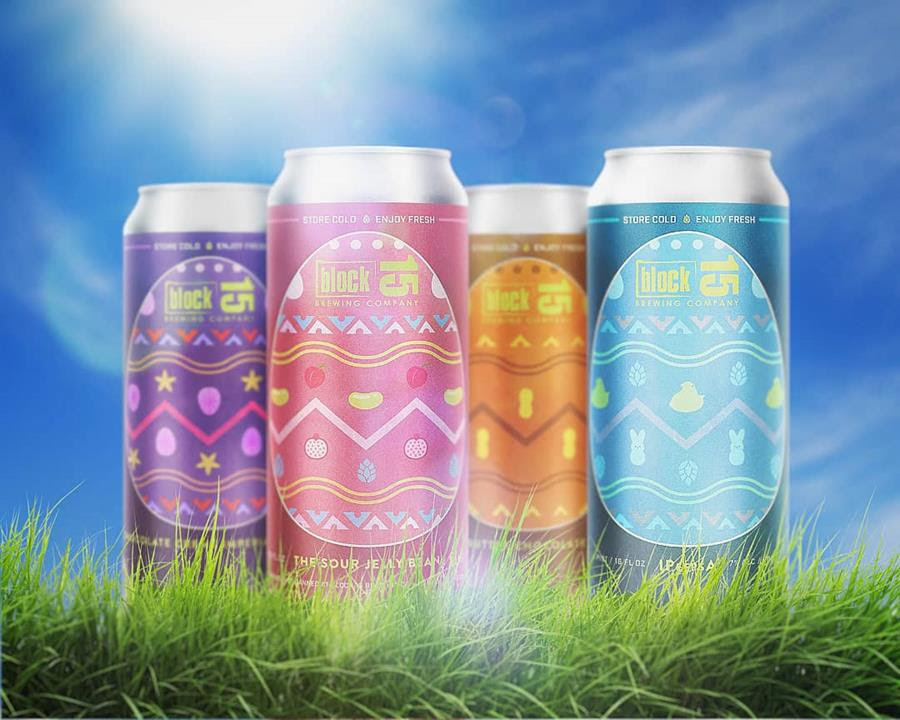 As we head into Easter weekend, Block 15 Brewing has just released its Beerster Egg Hunt 4 Pack. This 4-pack of Easter candy inspired beers is an intriguing collection of fermented confections that are in a limited release. The four beers consist of Chocolate Creme Imperial Stout, The Sour Jelly Bean, Peanut Butter Chocolate Porter, and IPeepsA.

Below are descriptions on each of the four beers being released just prior to Easter.