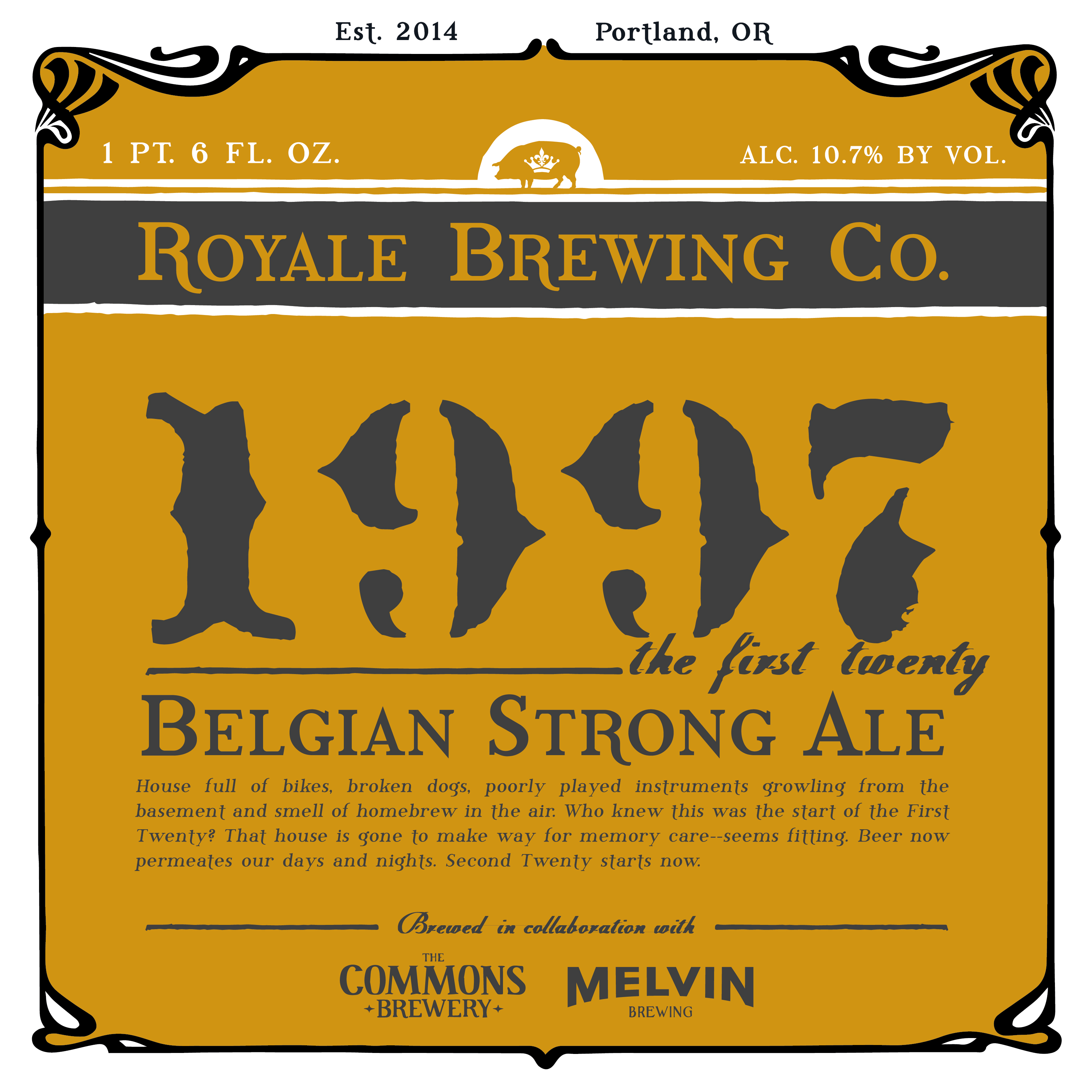 This past October during Killer Beer Week, three former college roommates, Mike Weksler of Royale Brewing, Jeremy Tofte of Melvin Brewing, and Mike Wright of The Commons Brewery all met up together to collaborate on a new beer in North Portland. The resulting beer is 1997 – The First Twenty, named after the trio’s 20 year friendship that began when Jeremy and Mike Wright attended Portland State University and Mike Weksler moved to Portland from Louisiana.

Brewed at Royale Brewing, 1997 – The First Twenty is a Belgian-style Strong Ale that is dry hopped with Citra Hops. The beer is described as offering bold and complex fruity aromas, ranging from tropical fruit, citrus, dried cherry, rose, and prunes. Candied fruit and baked bread flavors that bring forth a deceptively smooth and drinkable beer.
10.7% ABV – 32 IBU – 11 SRM

1997 – The First Twenty will be released on Wednesday, January 11th at Royale Brewing’s The Garrison Tap Room that is located at 8773 N Lombard in St. Johns. Look for 22oz bottles at Portland area grocery stores and bottle shops.