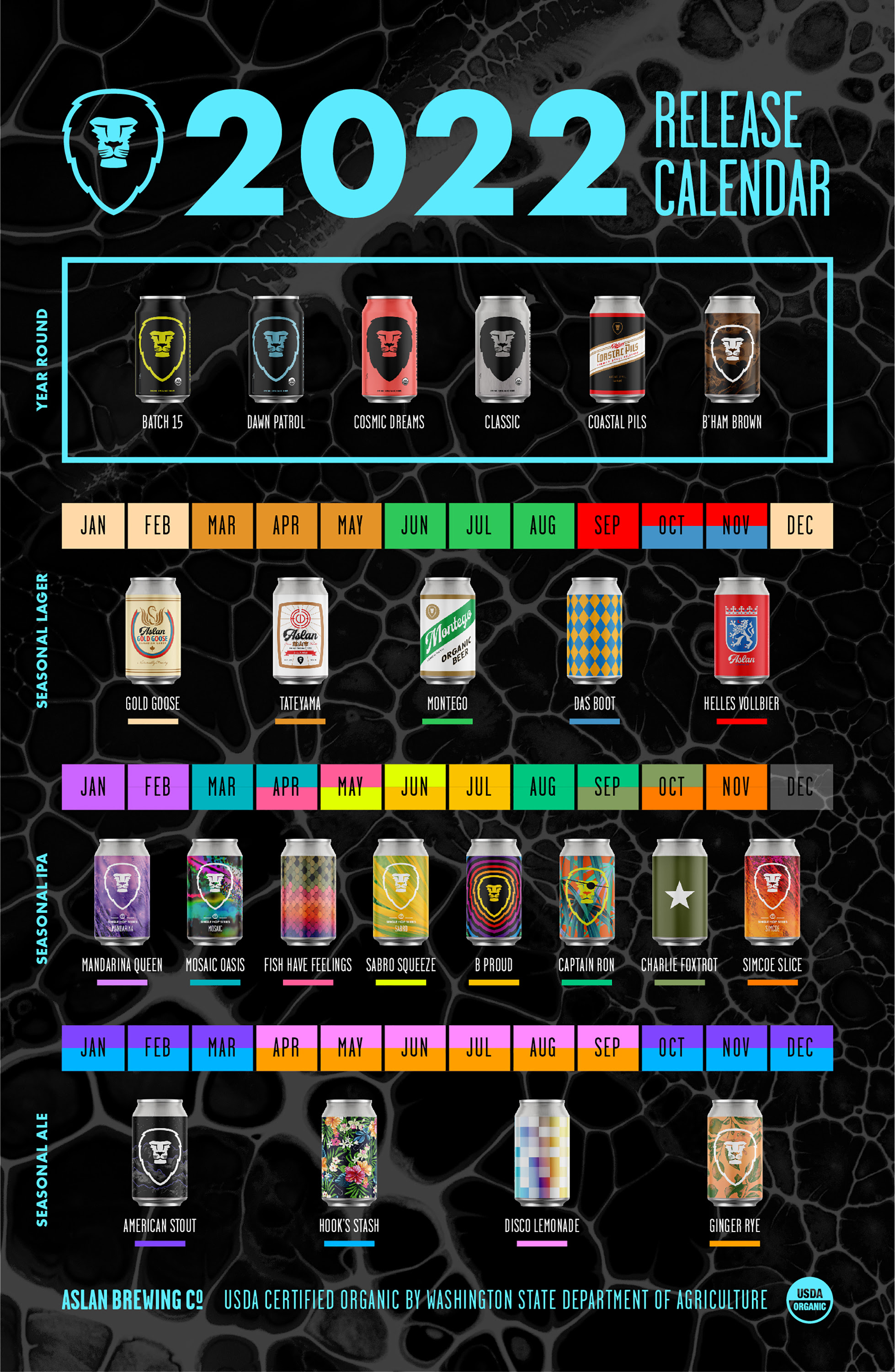 Up on the north end of the Puget Sound in Bellingham, Washington, Aslan Brewing continues to crank out some enticing USDA Certified Organic beer. The brewery is also a Certified B Corp and has three locations, two in its native Bellingham and a third outpost in Seattle’s Fremont Neighborhood.

Aslan Brewing is excited to announce its planned 2022 Beer Release Calendar for a year full of beers in 12oz cans. The lineup will include four series – Year Round, Seasonal Lager, Seasonal IPA, and Seasonal Ale – available along the West Coast from British Columbia to California.