The new release from Block 15 Brewing is one that will surely warm you up. The Corvallis based brewer has released The Prophecies, its Belgian-style Quadrupel Ale that is part of the brewer’s seasonal Abbey Series of beers.

The Prophecies will be available in 500mL bottles and on tap from December through February with distribution to bottle shops, beer bars, and specialty markets around Oregon and parts of Washington. Label artwork was created by Patricia Smith. 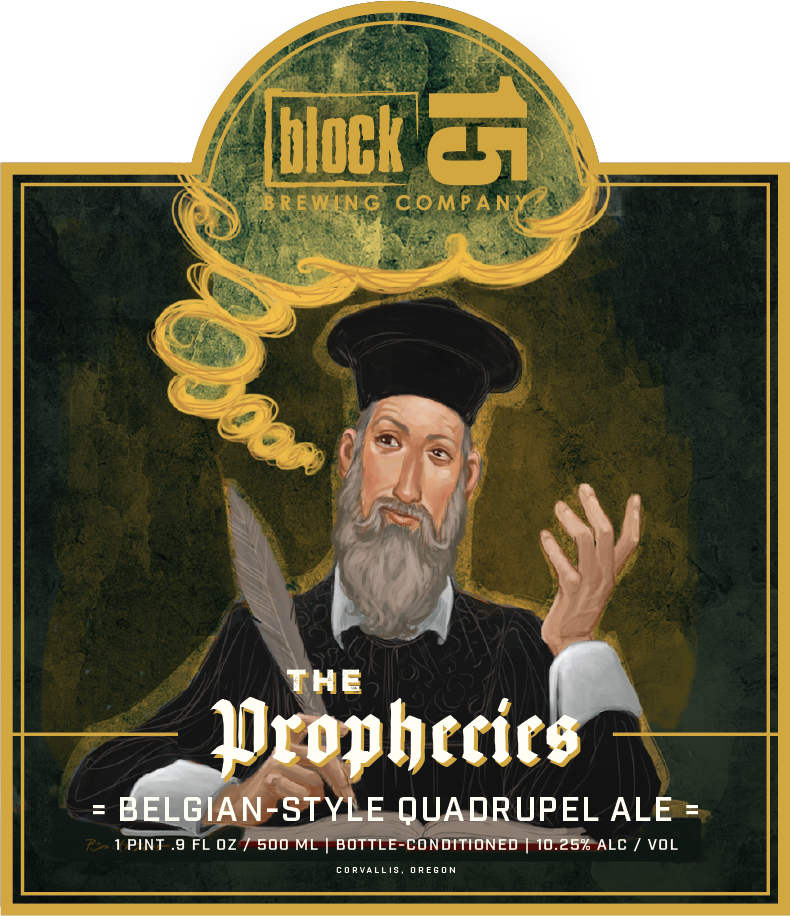 Bottle conditioned in the Belgian tradition, The Prophecies is designed to be enjoyed both freshly bottled and cellared.