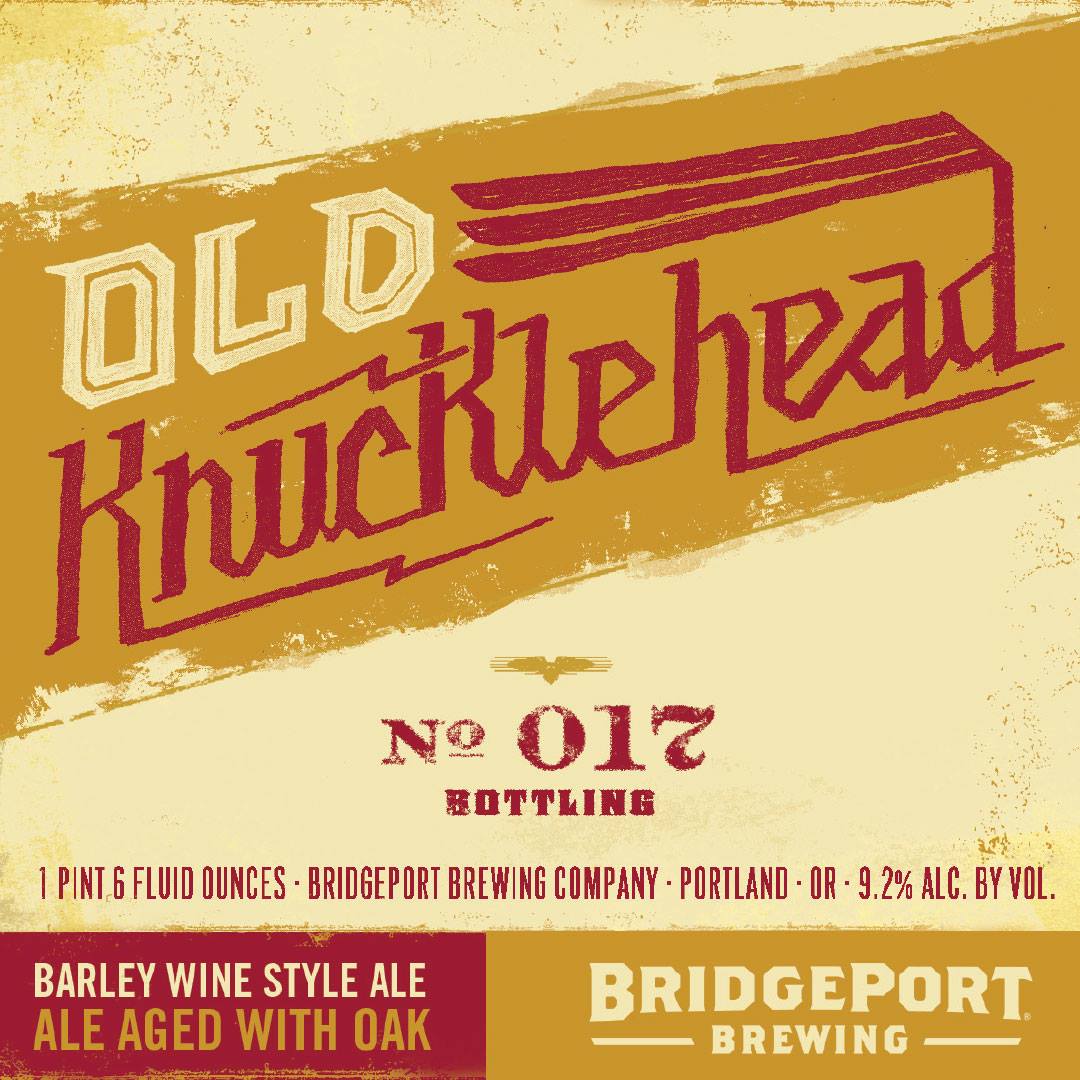 This past Friday, BridgePort Brewing Company released its annual release of Old Knucklehead Barley Wine No. 017 for the 17th consecutive year. Through its history this beer has featured prominent “knuckleheads” of Portland that include one of the city’s most famous mayors, Bud Clark and the beer’s 11th bottling featured legendary beer writer Fred Eckhardt. There’s even a room at the BridgePort Pub that features plaster imprints of knuckles from these “knuckleheads”.

For the 17th version of Old Knucklehead, BridgePort brewed this beer using Caramel and dark-roasted 2-row malts along with a heavy dose of American hops, prominently featuring Chinooks. Then the beer was barrel aged in American White Oak that brings forth vanilla, toffee and rich cherry notes that balance the robust malt sweetness. Labeled as BridgePort’s “sipping” beer, it’s the perfect brew to really taste and enjoy the complex flavor profile.

“Hands down, I love this beer,” states Jeff Edgerton, BridgePort Brewmaster in a release. “There’s a reason we’ve been brewing Old Knucklehead for 17 years. It’s the perfect beer to settle in with in the new year and enjoy during the colder months. If you haven’t had a chance to try this beer, I highly recommend you grab a pint or 22oz. while it’s still available.”

BridgePort’s limited-edition Old Knucklehead barley wine is now available in 22 oz. bottles and on draft at the BridgePort BrewPub located at 1313 NW Marshall Street in Portland where its all day Happy Hour on Mondays. Old Knucklehead will also be available wherever BridgePort beers are sold.