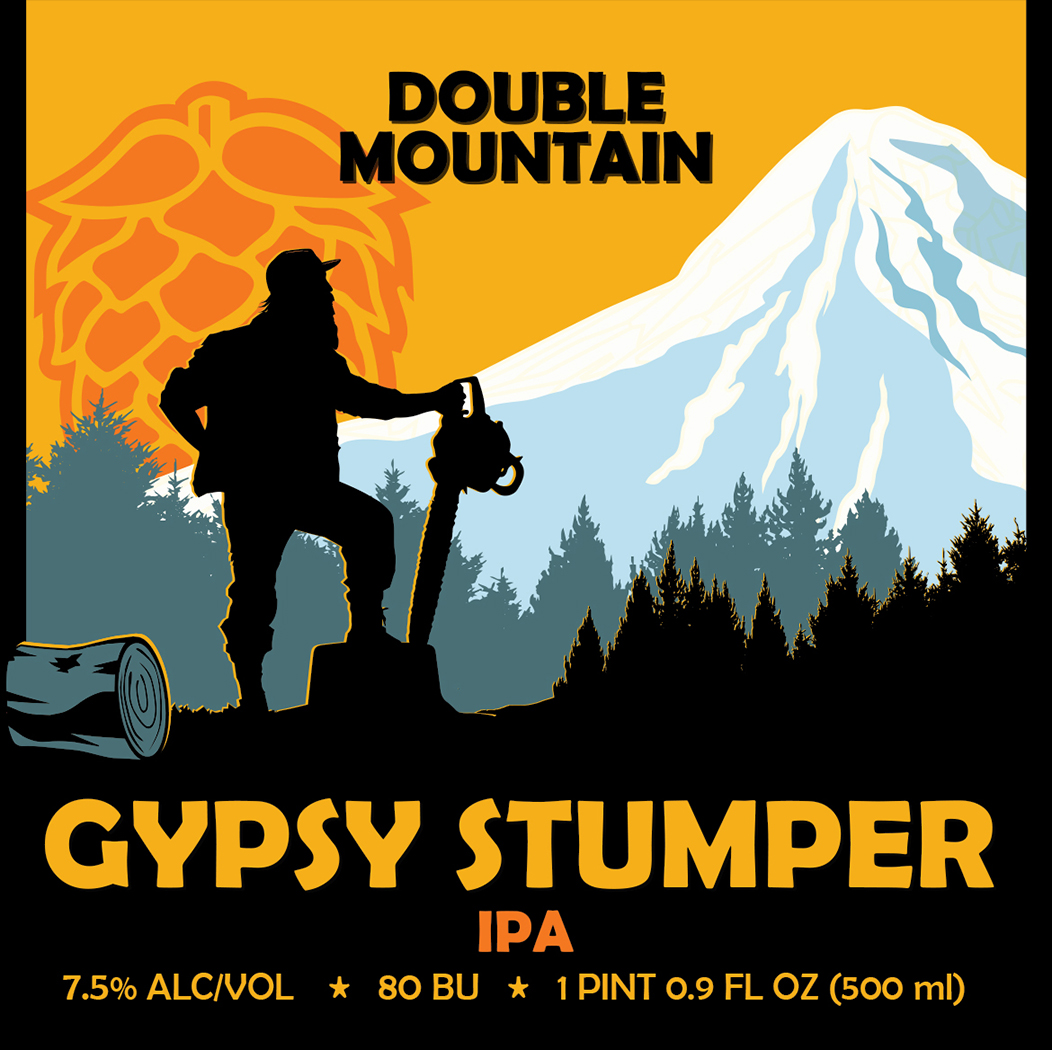 Hood River, OR—January 15th, 2016 —Double Mountain Brewery & Taproom initially brewed the Gypsy Stumper IPA as a slope side beer for Mt. Hood Meadows three years ago, but due to its popularity it returns to bottles for the second time. This complex IPA is currently available on draft and in bottles at the Double Mountain Brewery & Taproom located in downtown Hood River. Gypsy Stumper can also be found in both bottles and on draft throughout the Northwest, British Columbia, and Southern California.

“Gypsy Stumper is a lovely hop forward brew it is the perfect après ski IPA.  I know I will be kicking my feet up, enjoying a Gypsy Stumper and watching the snow fall after a long day on the slopes.” Brewmaster/Owner  Matt Swihart

Description: In the spring of 1980, a bearded, long haired, ragtag work crew known as the Gypsy Stumpers was hired to clear the stumps out of the newly formed runs on Hood River Meadows. Camped at lift tower 10 on Hood River Meadows, they worked long hours falling trees six feet in diameter, but only three feet tall. Much like the stumpers, this beer works twice as hard for your riding pleasure. Tangerine, grapefruit, and herbal flower make their way through the resinous, pine forest nose. It has a strong back, capable of lifting the weight of the vigorous hopping, resulting in an assertive balance. ABV 7.5%, 80 BU