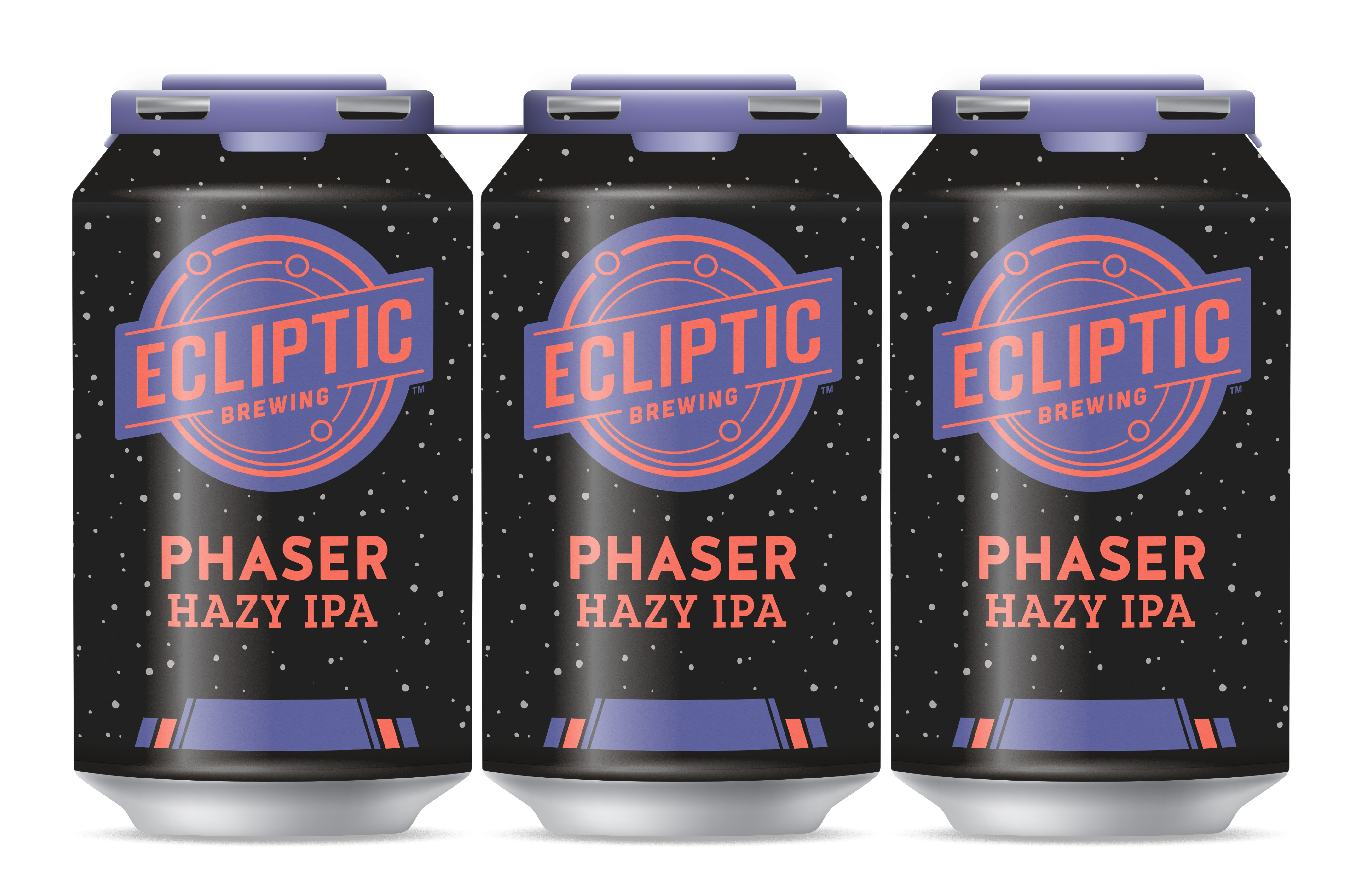 Returning to store shelves and tap handles from its release this past winter is Phaser Hazy IPA from Ecliptic Brewing. Originally released as a seasonal beer, Phaser Hazy IPA will now be able in limited runs throughout the year.

When it came to decide on adding Phaser Hazy IPA to a year-round beer it was an easy one. “In my time here at Ecliptic I’ve never been asked more for a beer’s comeback than Phaser Hazy IPA,” said Erin Grey Kemplin, Ecliptic Brewing Sales Manager.