Altair is updated for 2022, now as an IPA packaged in a 16-ounce can, versus a 12-ounce can Pale Ale in years prior. Altair is brewed with Idaho 7 and Centennial hops, with a fresh hop addition of ADHA 218, coming from Roy Farms.  Astro remains a draft-only option, though the Italian-style Pilsner is new for this year. Astro is brewed with Sterling hops and fresh Mt. Rainier, coming from Coleman Agriculture- Homestead Farm. 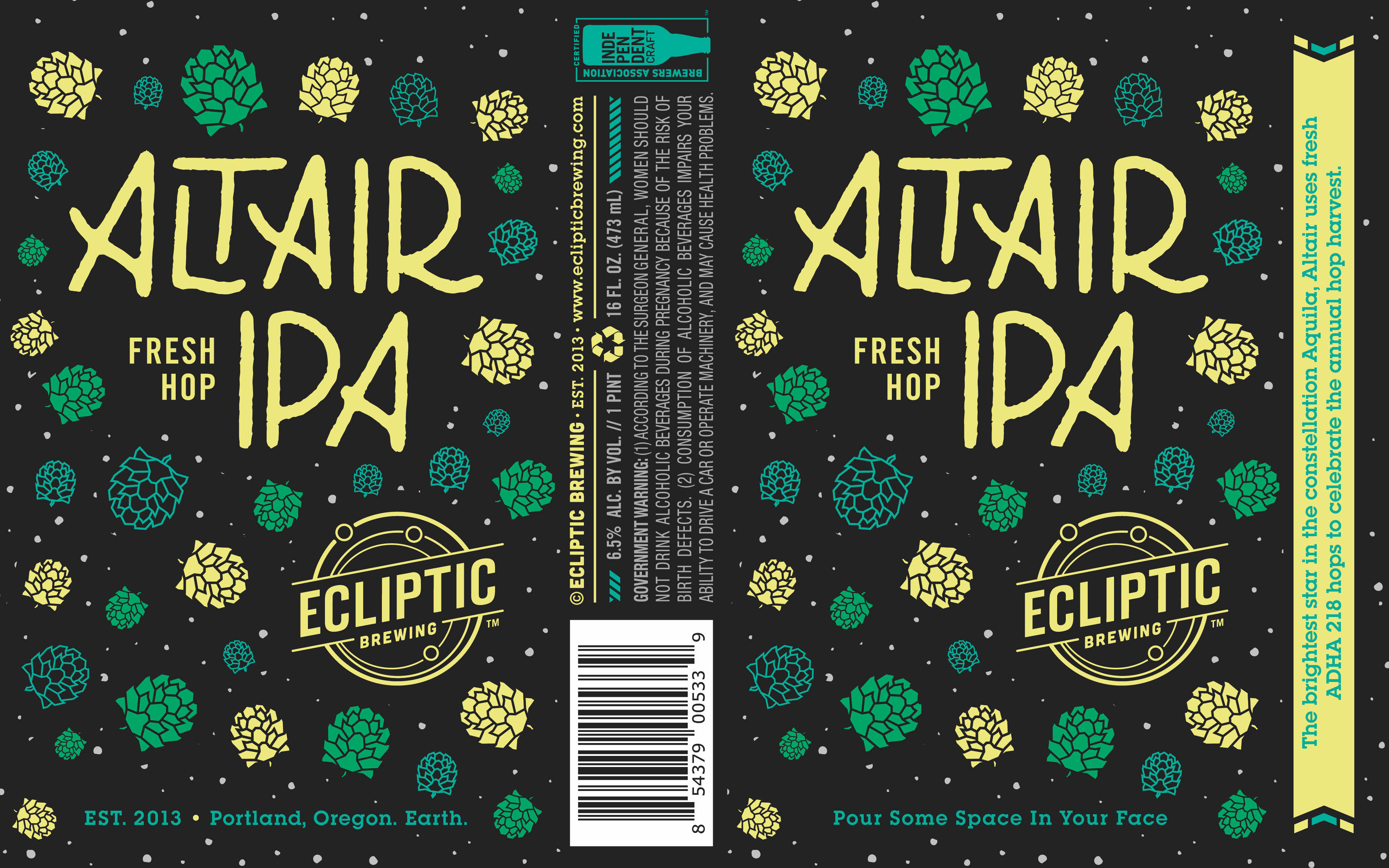