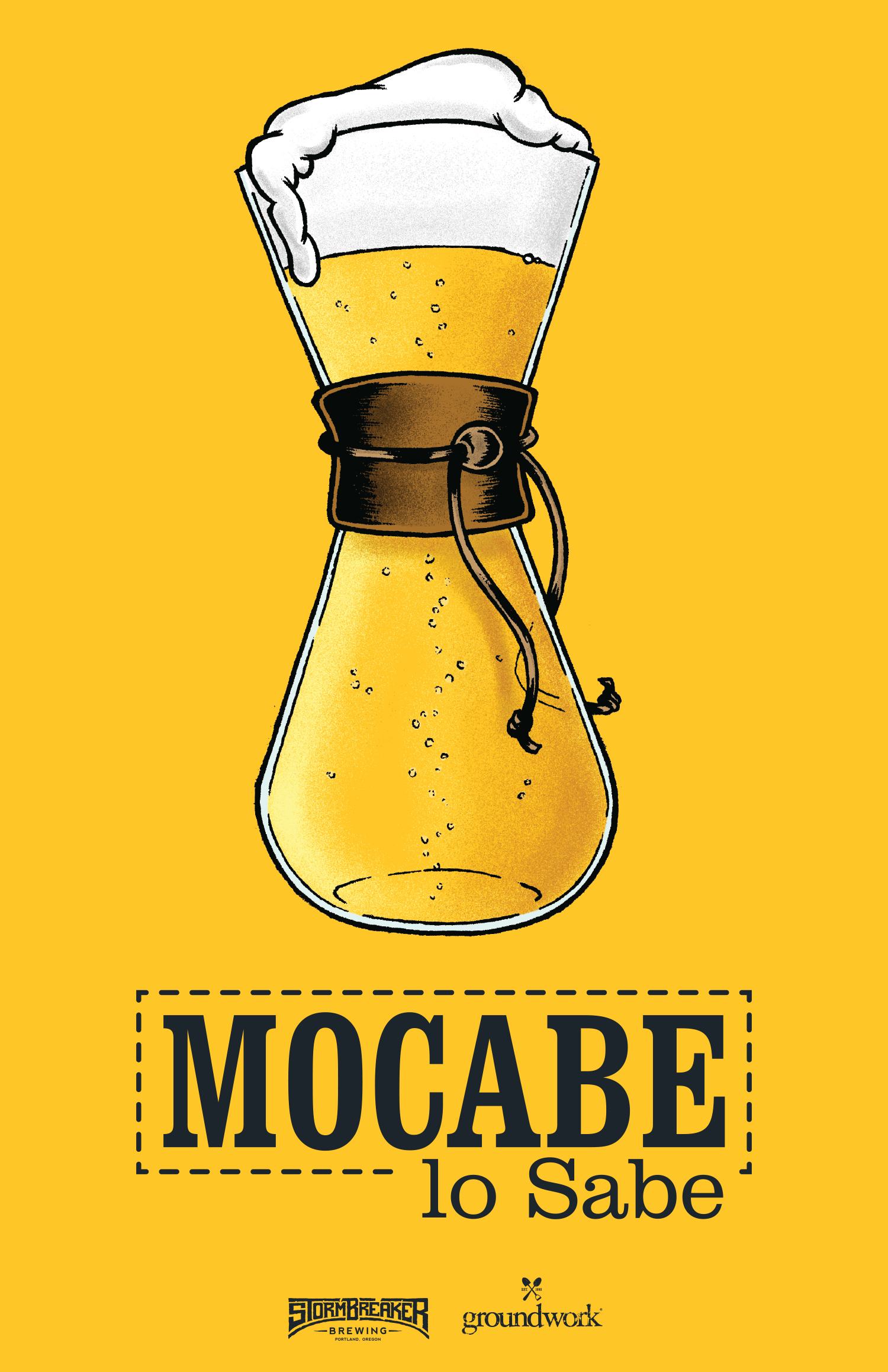 A year and a half ago Groundwork Coffee purchase 40+ year-old Kobos Coffee in Northwest Portland. Now the Los Angeles based coffee roaster will dive into the strong craft brewing scene here in the Rose City.

Next week Groundwork Coffee will launch its new Brewers’ Series of coffee beers. MOCABE Lo Sabe, the debut collaboration with StormBreaker Brewing will take place on December 6, 2017 at the brewery in North Portland.

As part of Groundwork’s mission to help build and support its community locally and globally, during the first week of each collab beer’s launch, $1.00 for every coffee beer sold at that brewery will be donated to Café Femenino Foundation, an independent nonprofit organization that funds community betterment grant requests proposed and managed by women in coffee-producing regions around the world. This fundraising effort will take place at StormBreaker Brewing from December 6-13, 2017.

In keeping with the coffee theme StormBreaker will offer various breakfast-for-dinner special menu items on December 6th that are inspired by and pair perfectly with MOCABE Lo Sabe. Stay up to date by following the Facebook Event Page.

The next rotating release in Groundwork Brewers’ Series will be with Burnside Brewing when it launches in early 2018.