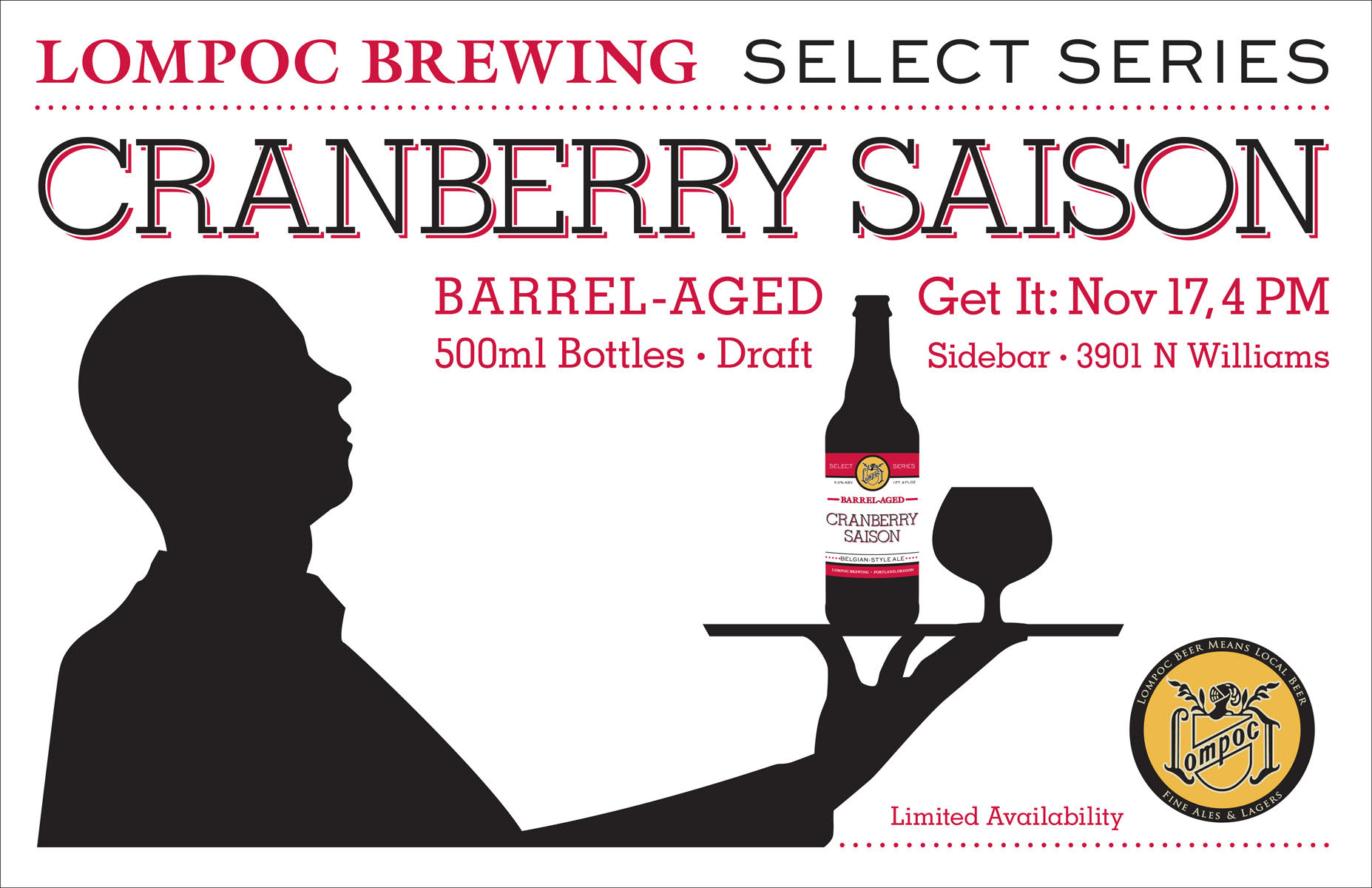 This past June Lompoc Brewing unveiled its new Select Series of beers with the release of Barrel Aged Red on Red. On Friday, November 17, 2017, Lompoc will release its second beer in this series with Barrel Aged Cranberry Saison in 500mL bottles and on draft.

Lompoc’s Barrel Aged Cranberry Saison is a Belgian style ale brewed with fresh cranberries and aged one year in port barrels that infused the beer with a drinkable tart and spicy flavor and subtle notes of port and oak. Pale and wheat malts keep it light, while the peppery yeast and noble hops lead to a tangy finish (5% ABV). 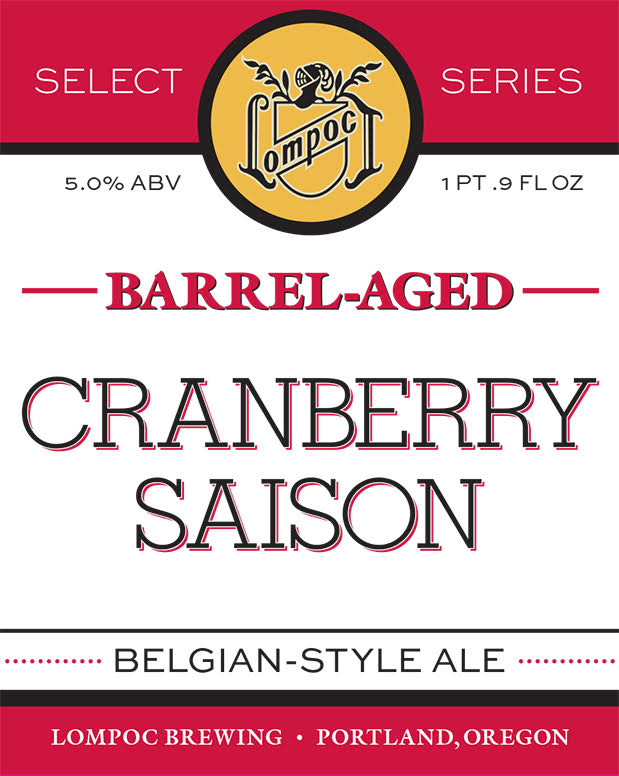 The release party will take place from 4:00-11:00p and will also feature a food special of Sage Derby Turkey Sliders, created by Lompoc chef Mark Otey. This sandwich was made specifically to pair with Barrel Aged Cranberry Saison and features ground turkey, cranberry cream cheese, sage Derby cheese, arugula and a cranberry compote for some tanginess The sliders will be available for $3.50 apiece.