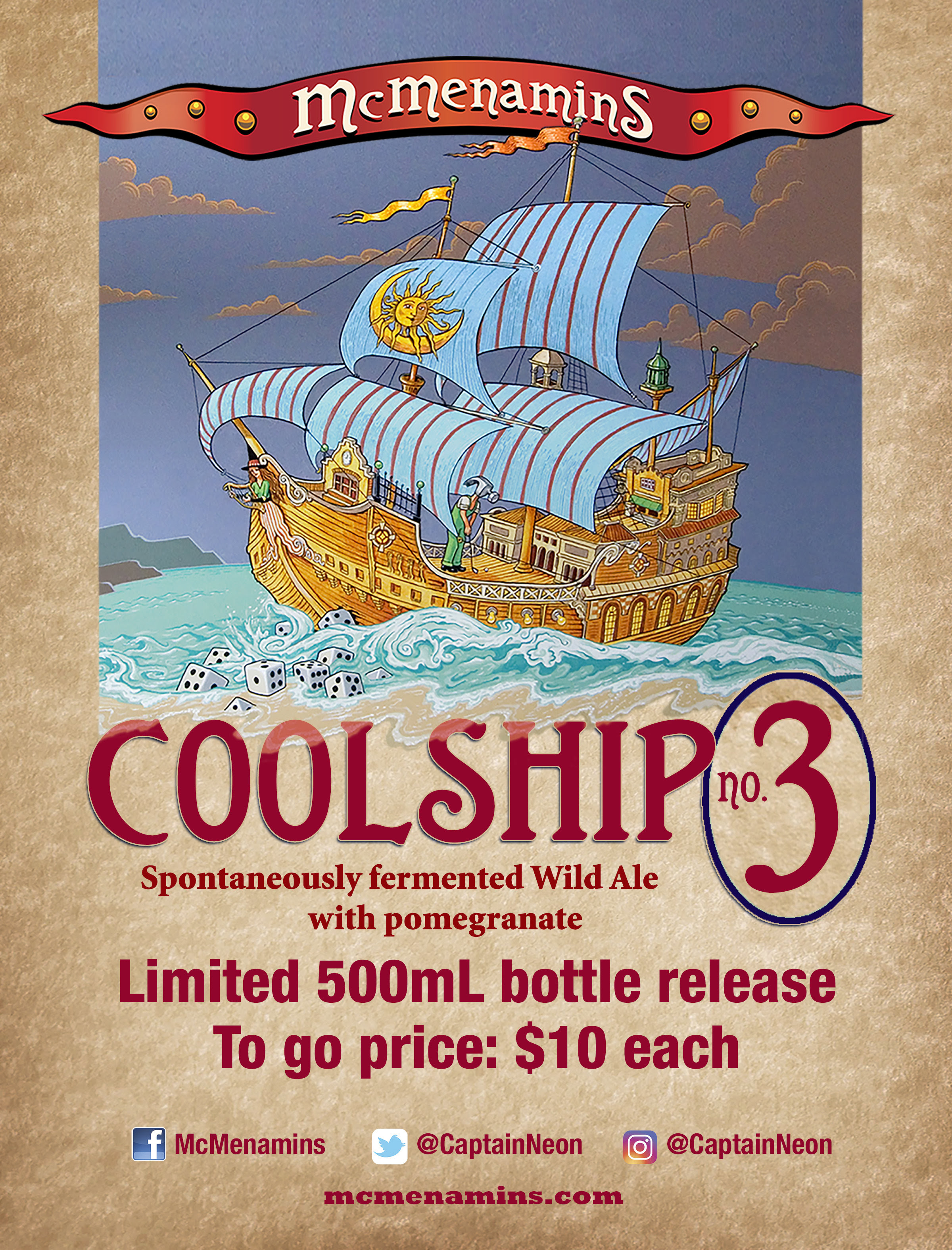 About one year ago, McMenamins Edgefield Brewery released its inaugural beer brewed on its coolship. This evening, McMenamins 23rd Avenue Bottle Shop will release the brewer’s third beer from its coolship program with Coolship No. 3.

On Friday, March 8th from 6:00-8:00pm, the 23rd Avenue Bottle Shop will serve Coolship No. 3 on draft and in a limited run of 500mL bottles to go for only $10. This Wild Ale was made with pomegranate, spontaneously fermented in American Oak and aged on fruit for three months. This is the third beer out of Edgefield’s Coolship Program, emulating a centuries-old method from brewers of Belgian Lambics. After brewing, the beer is cooled in open-air “coolships,” allowing contact with native, wild yeast. This beer is tart, fruity and one-of-a-kind.