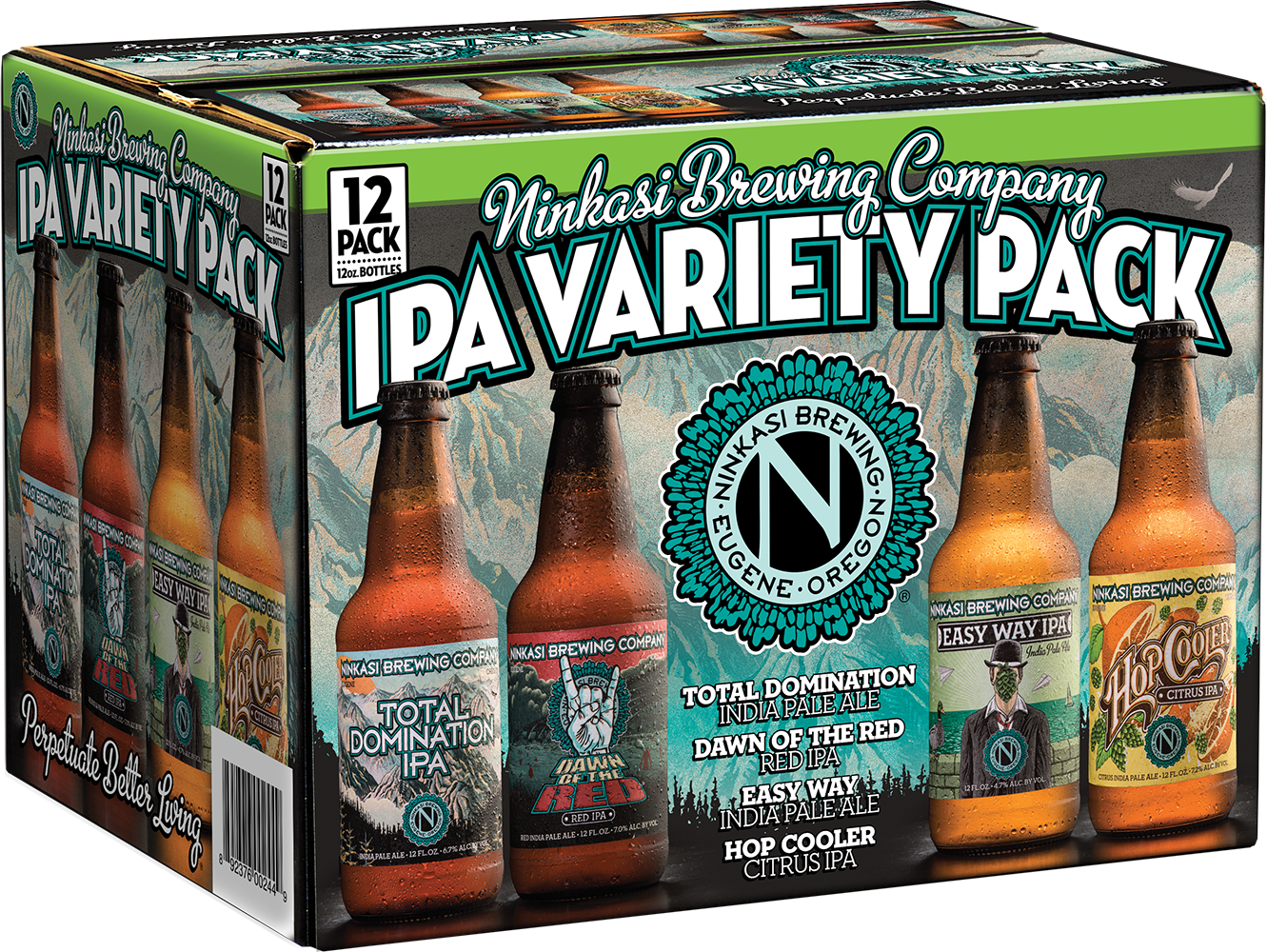 “Each of these beers profile a different take on a traditional IPA,” says Jamie Floyd, Ninkasi founding brewer and co-founder. “Since our very first batch of Total Domination brewed in 2006, we are proud to continue making great IPAs for every type of beer drinker.

Easy Way IPA – 4.7% ABV, 44 IBU
A dynamic medley of hops and a crisp, satisfying finish define this unexpectedly sessionable IPA. Aromatic and drinkable, the big, fruity hop nose and toasted malt flavor are anything but ordinary. Break the routine; go the Easy Way.

Total Domination IPA – 6.7% ABV, 81 IBU
This decidedly balanced Northwest IPA celebrates our love of hops. A delightful blend of citrus and floral hop notes dominate the senses while a trio of malt adds a clean finish. Totally hoppy, totally drinkable; the name says it all.

Dawn of the Red IPA – 7.0% ABV, 66 IBU
Bursting with tropical notes, this Red IPA captures the bright complexity of El Dorado and Mosaic hops. An assertive hop presence is carried by a subtle caramel backbone, unearthing a beer that is flavorful and juicy.

Hop Cooler Citrus IPA – 7.2% ABV, 74 IBU
Bright and tropical, this India Pale Ale brilliantly layers a citrusy blend of orange and tangerine with a robust hop profile. Crafted with real citrus and packed with as much flavor as a hop cooler, you won’t be able to stop at just one sip of this fresh and fruity beer.

Ninkasi’s IPA Variety 12-Pack will be available throughout each of the 14 states where its beer is sold. Visit www.ninkasibrewing.com for more information.