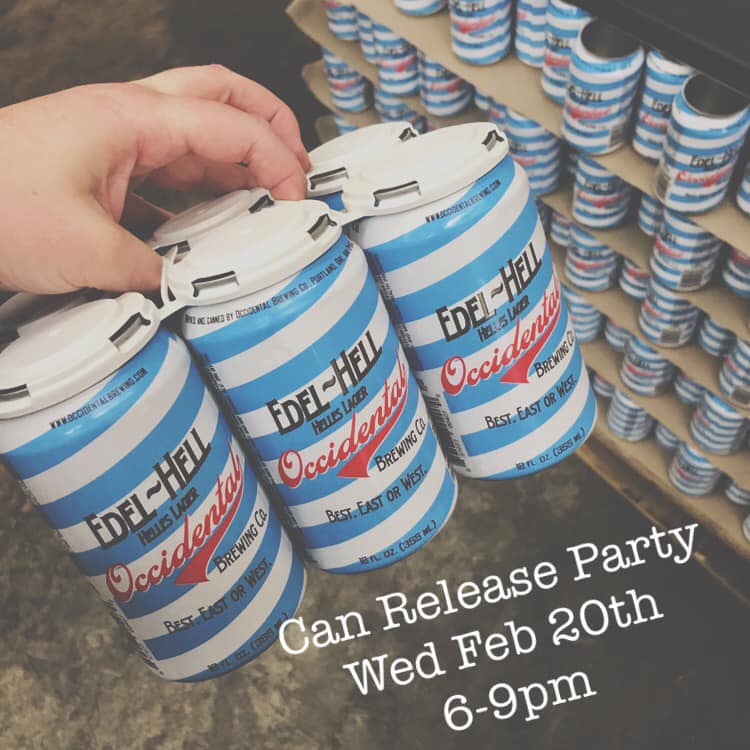 Occidental Brewing as been canning its Kölsch, Hefweizen, Altbier and Pilsner for the past few years in 16-ounce cans. However, this week the North Portland brewer will release Edel-Hell Helles Lager, its first beer in 12-ounce cans.

Edel-Hell is inspired from the German beer style that made brewers in Bavaria world famous. The Helles beer style is a malt forward beer, light straw in color with a subtle hop finish. In naming this beer, Occidental went with Edel in the name to honor the German meaning of the word, noble for the beer’s use of German noble Tettnanger hops. Then to honor the beer’s Bavarian heritage, the can artwork features the swirling blue and white stripes that is associated to this region of Germany.

The release party for Edel-Hell Helles Lager will take place at Occidental Brewing on Wednesday, February 20th from 6:00-9:00pm