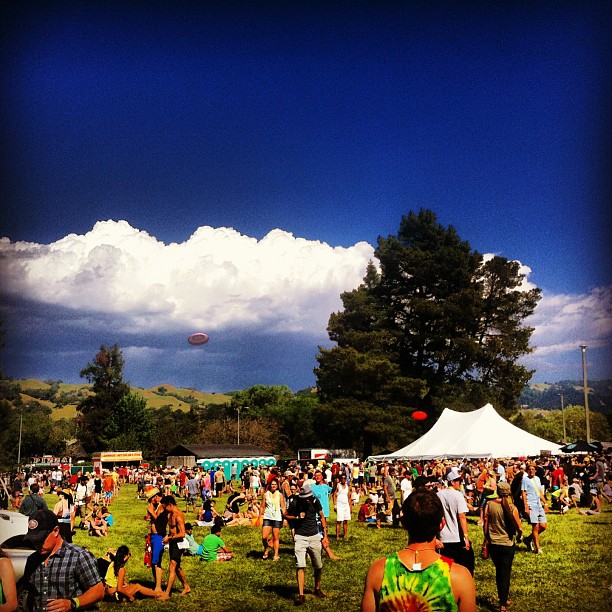 One of the most anticipated craft beer events on the West Coast is undoubtedly the annual Boonville Beer Fest. This past weekend marked the 17th annual return of this event centered around the pioneering brewery that is Anderson Valley Brewing.

Located within the serene rolling hills and oak groves in the secluded town of Boonville, about 25 miles west beyond a winding mountainous pass from Ukiah in Mendocino County, Anderson Valley’s yearly pilgrimage witnesses a great deal of brewers, brewery representatives, industry folks and beer enthusiasts from all points north, south and east. With a large contingency of the turnout representing California, the festival showcased both popular and obscure, regional and journeyed companies for this unparalleled undertaking. 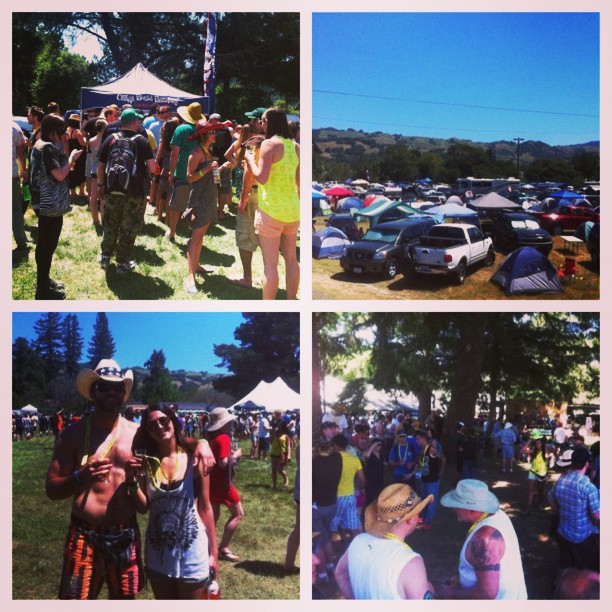 2013 marked my second trip to Anderson Valley’s fest (the first time was in 2010) and this time around, things were a bit different that then last. More breweries and more attendees at the festival exemplified a growing interest and awareness of this momentous gathering.

For the breweries and industry representatives, a separate campsite behind the Anderson Valley Brewing grounds was set aside for an intimate yet bustling festival unto itself. Regional favorites such as Bear Republic, Russian River, Lagunitas, Moonlight Brewing and more were among the highlights for those who traveled a far distance to attend, while local drinkers were entertained and satiated by the not so readily available offerings of brews from places like Pizza Port and Societe from Southern California. 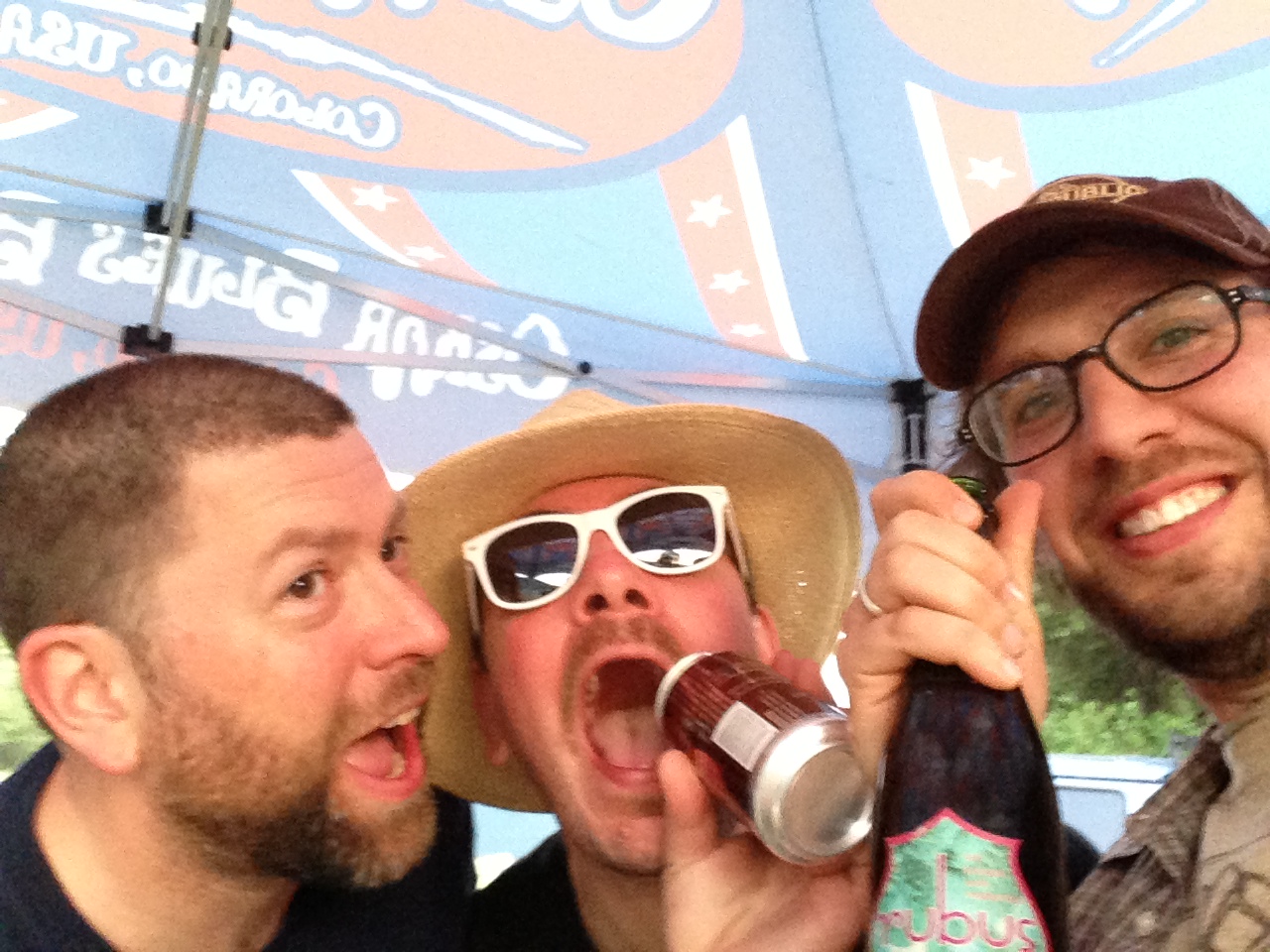 We left the Bay Area before noon on Friday and headed north to our destination about two hours away. Before completing our trip, we found it necessary to hit up Russian River Brewing in Santa Rosa about half-way to our event. Russian River is one of the most accomplished and storied brewing outfits in North America, if not the world, and features legendary hoppy treats such as Blind Pig IPA, Pliny the Elder Imperial IPA, and a slew of wine-barrel-aged wild ales like Consecration, Supplication, and Sanctification. Here we ran into a typical herd of zealous beer tasters, many of which on this occasion were also en route to Boonville like us. 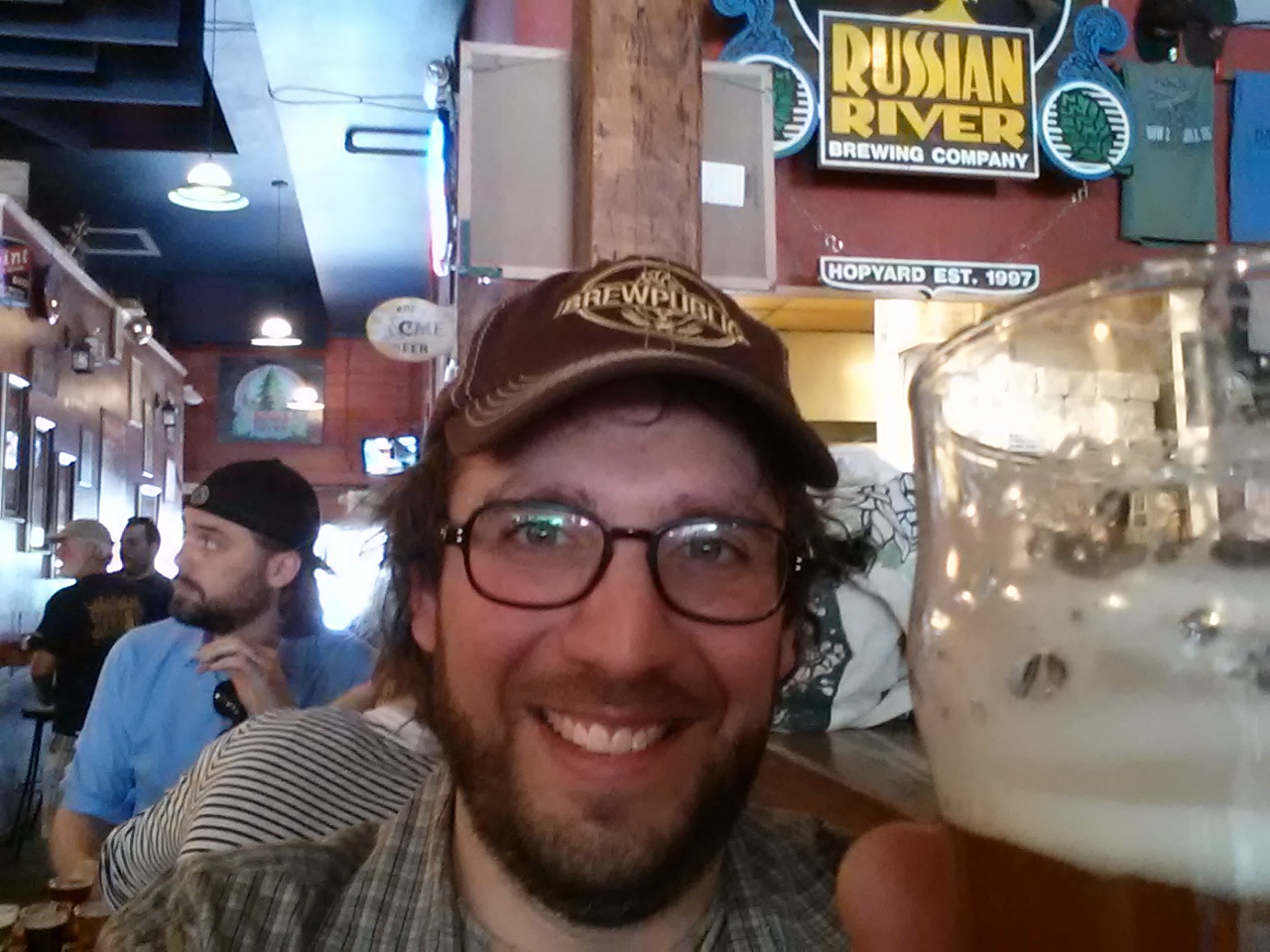 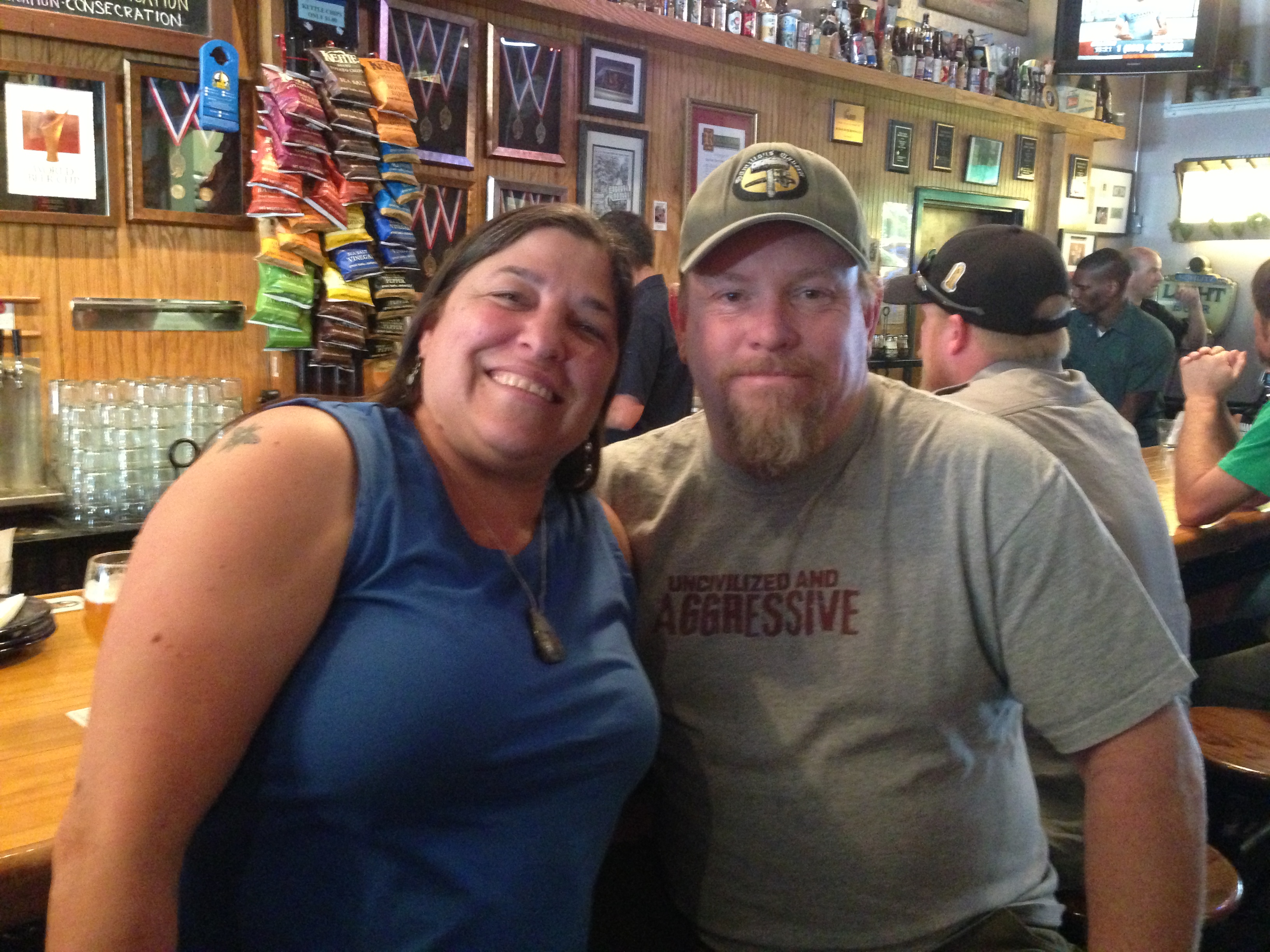 After this brief pit stop, we at last arrived in a sunny and breezy brewery grounds to set up tents and stake our spot in the soon to be crowded party. In our camp was Bison Brewing and folks from RateBeer. Close to a stream and surrounded by endless rolling hills and mighty oak trees, it was evident that this was both an outdoorsman and beer geek’s ideal locale. 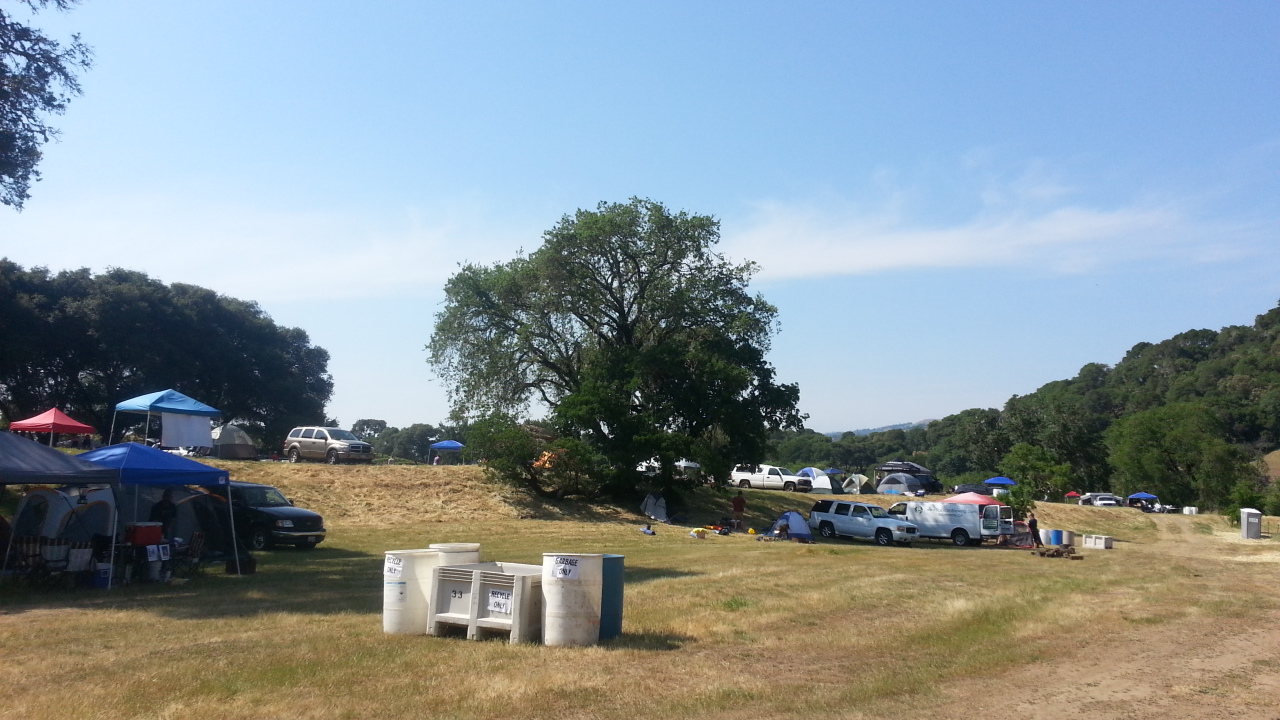 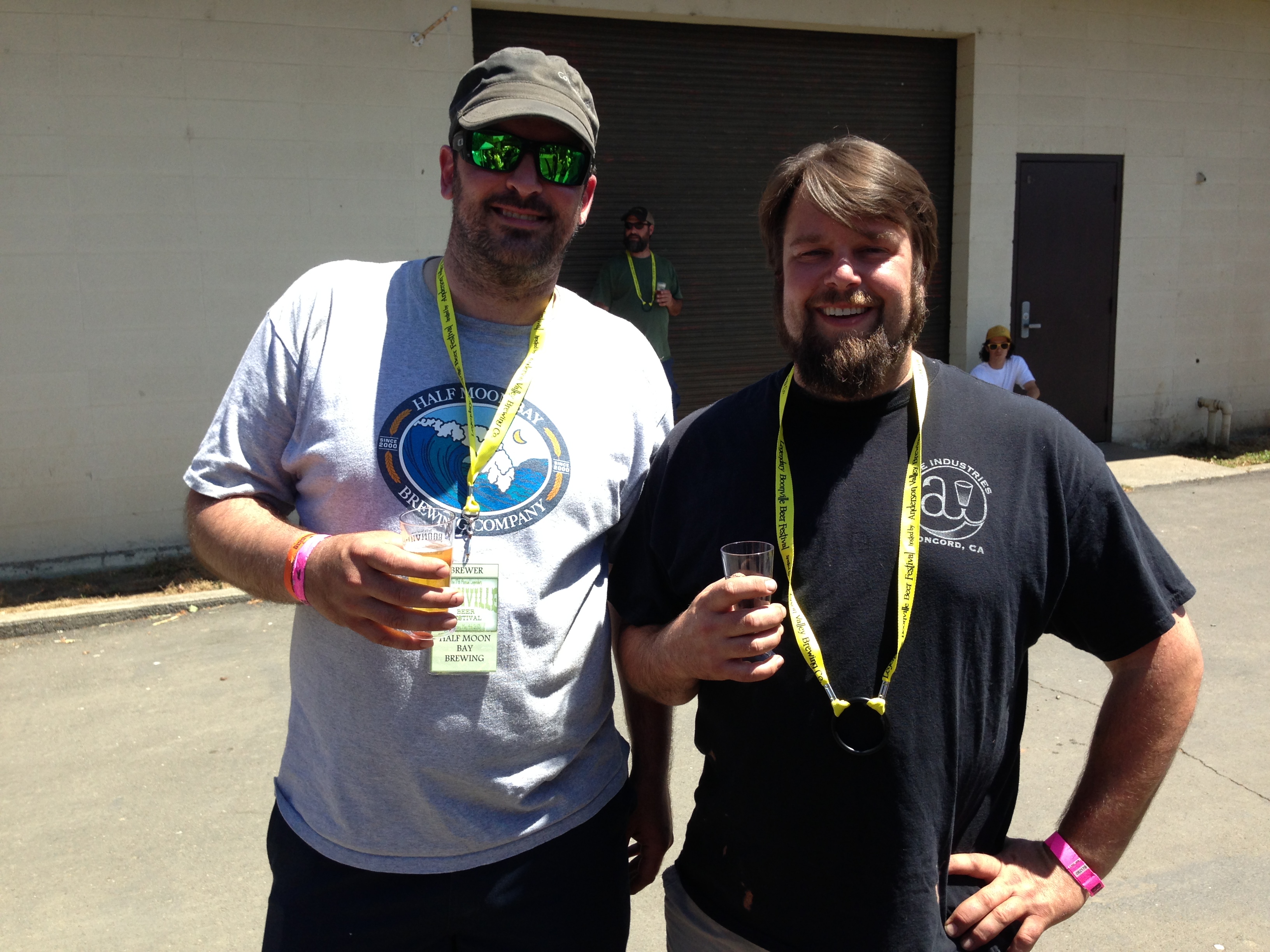 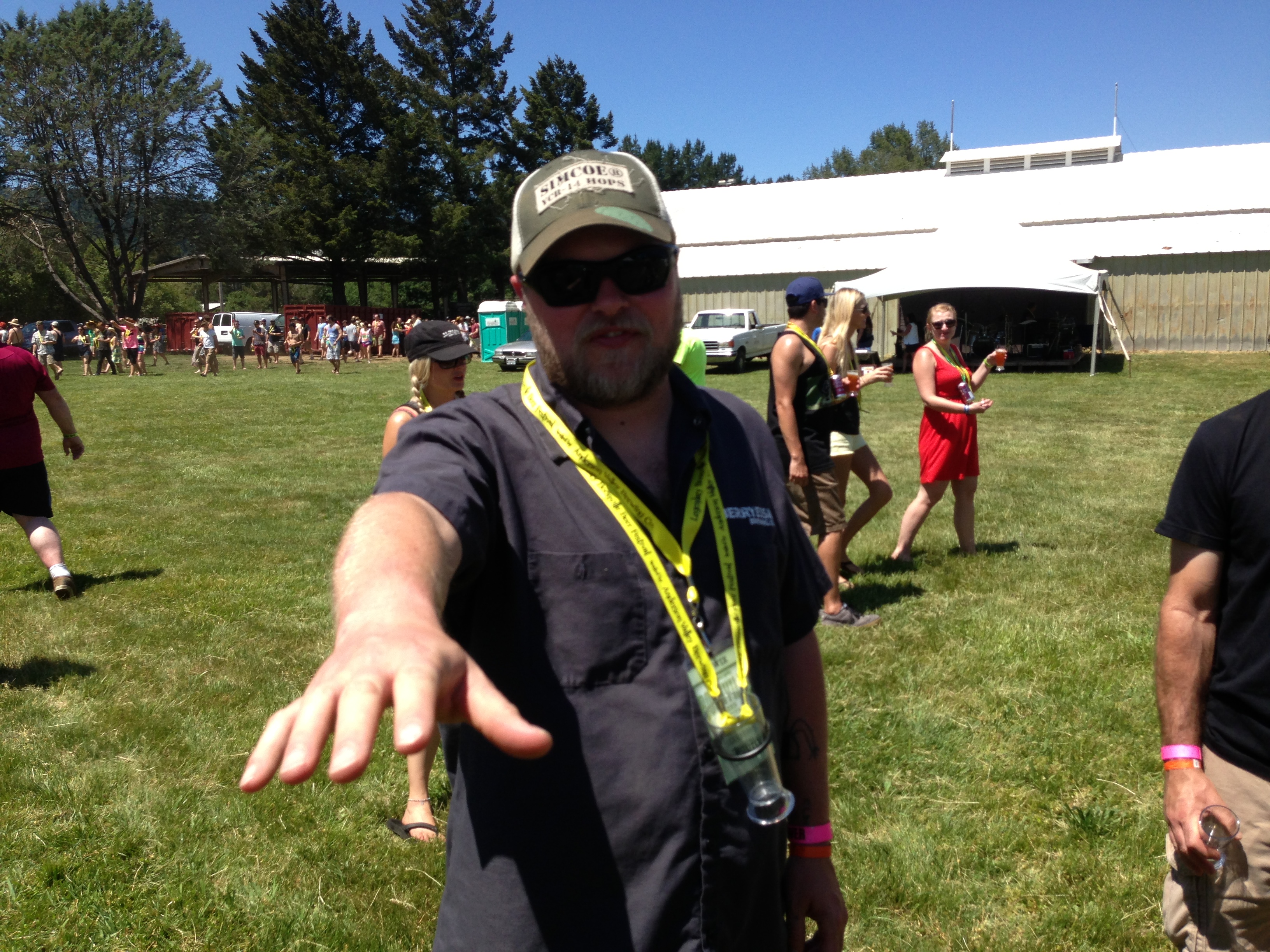 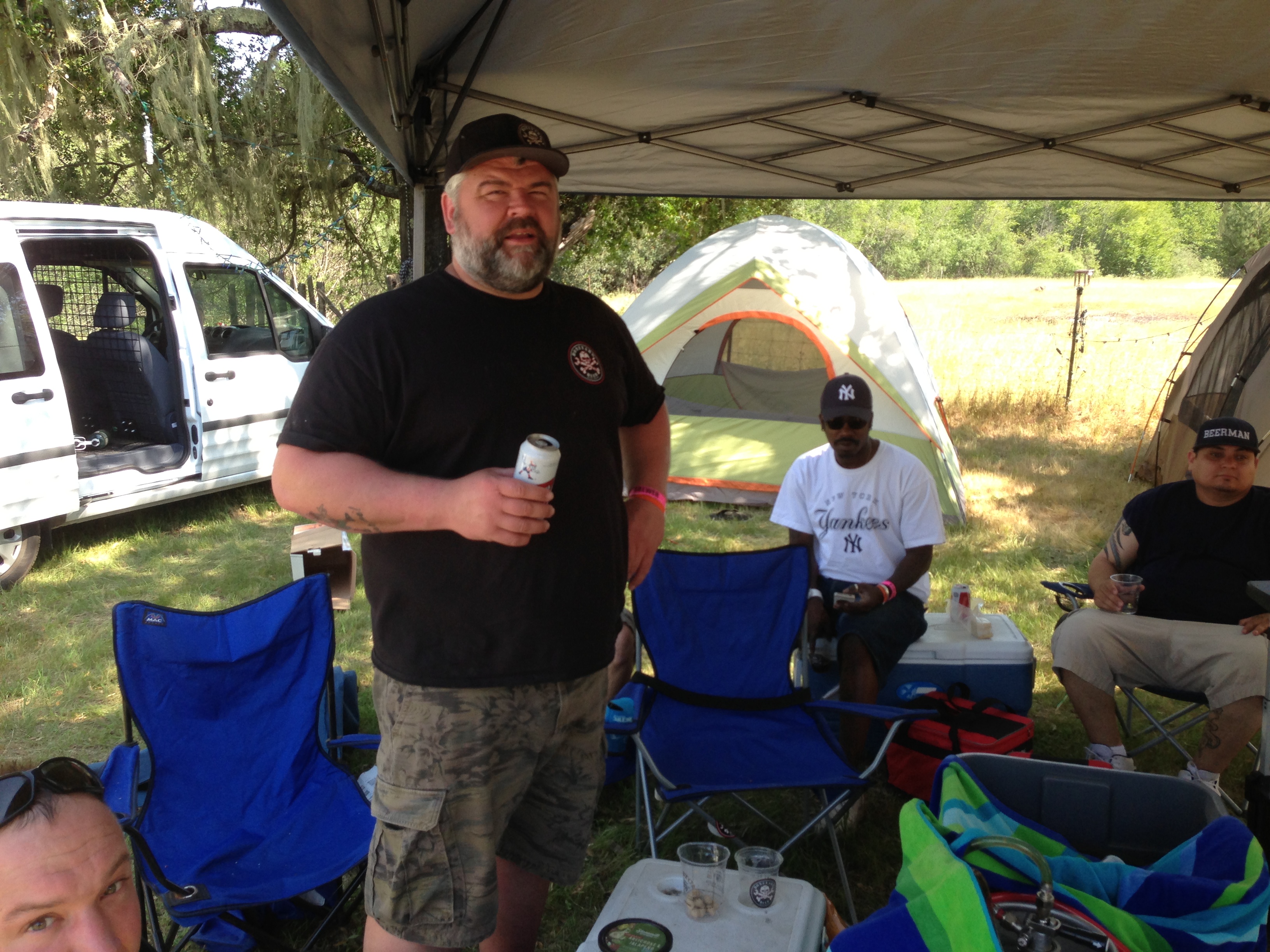 Anyone who has attended the brewers’ side of the fest understands howfun this part of the Boonville Fest can be. About a mile or so down the main drag through town where the public campsite was situated behind the Mendocino County Fairgrounds, the brewers’ site was unquestionably the best part of the whole endeavor. 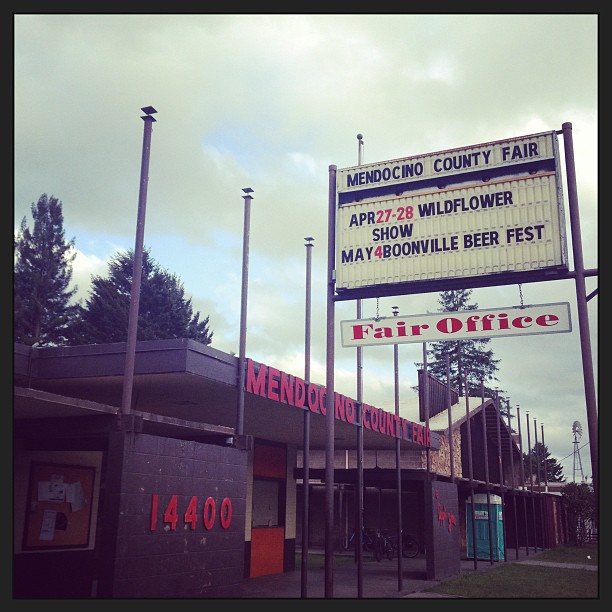 In addition to almost every brewer site featuring its own jockeyboxes and house brand brews, attendees shared in food, shelter, and bottled brews to enhance the festive and social atmosphere. We brought several special bottles of our own to share. Fire pits and music helped to set the tone as the sun dropped behind the hills to our west. A centralized camp with a large bonfire presented a marching band playing popular cover songs to the delight and dancing of many in attendance. 2013’s Boonville Beer Fest was also 80’s themed. So, lots of attendees really got into the spirit and many zany get-ups were to be witnessed. 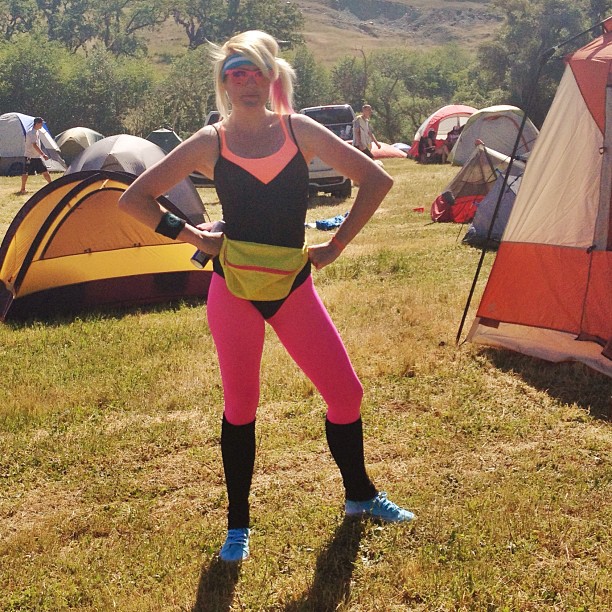 After a no-holds-bar first night of revelry and shenanigans, the public brew fest kicked off at noon on Saturday at the fairgrounds. Pedicabs transported folks back and forth to and from the fest and about fifty unique breweries poured beer while live music and lots of regional food was made available to the festival-goers. 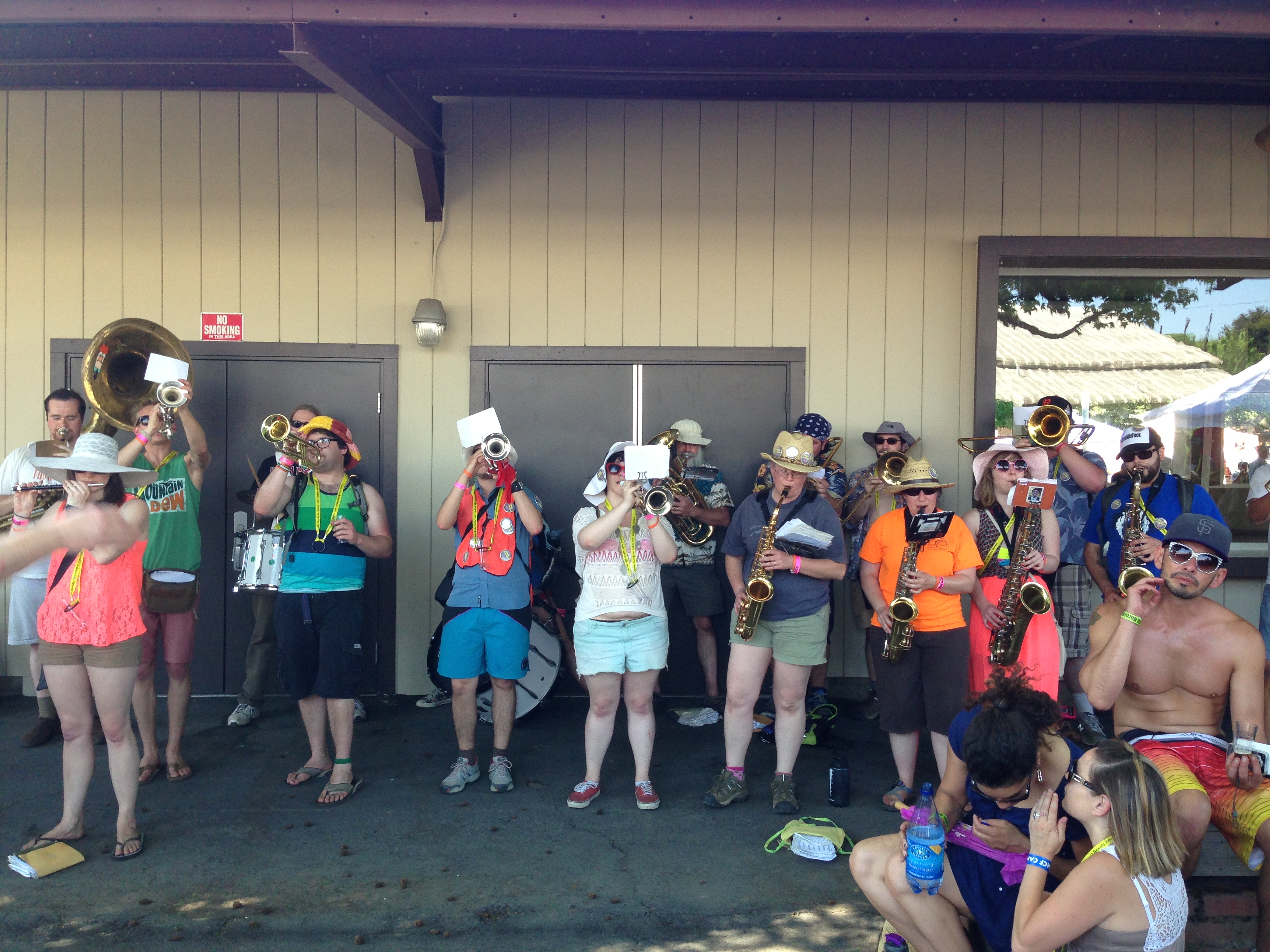 After sampling several delicious beers at the event from our small tasting vessel, we made our way back down the strip to our campsites to unwind from a long day of sun and sipping. Gathering up the energy to revitalize one more night of partying, we greeted our livers with the remaining beers from around the brewery campsite and made every moment count. 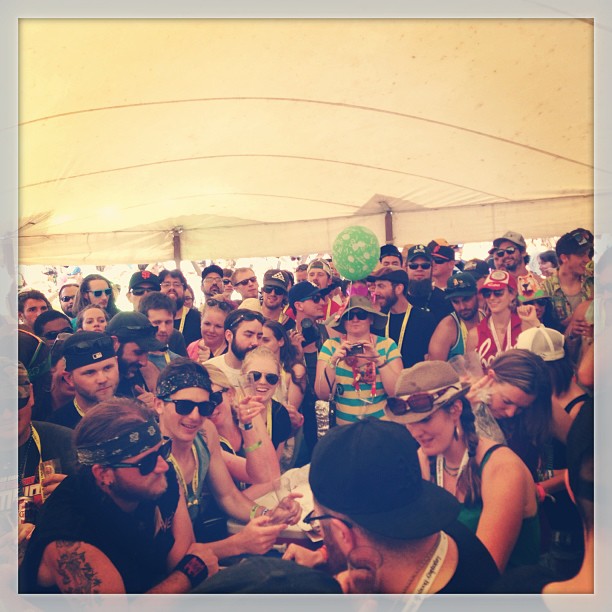 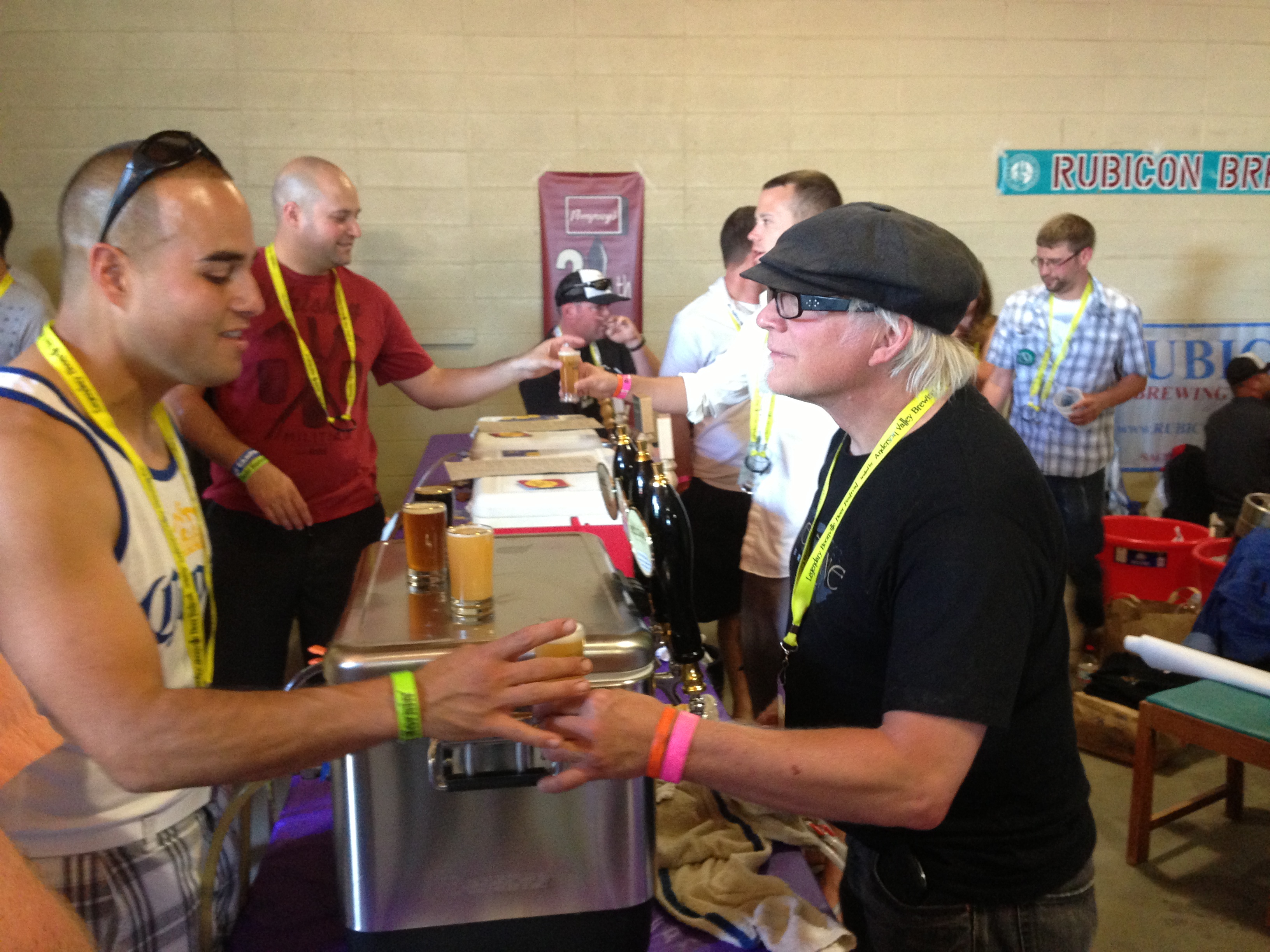 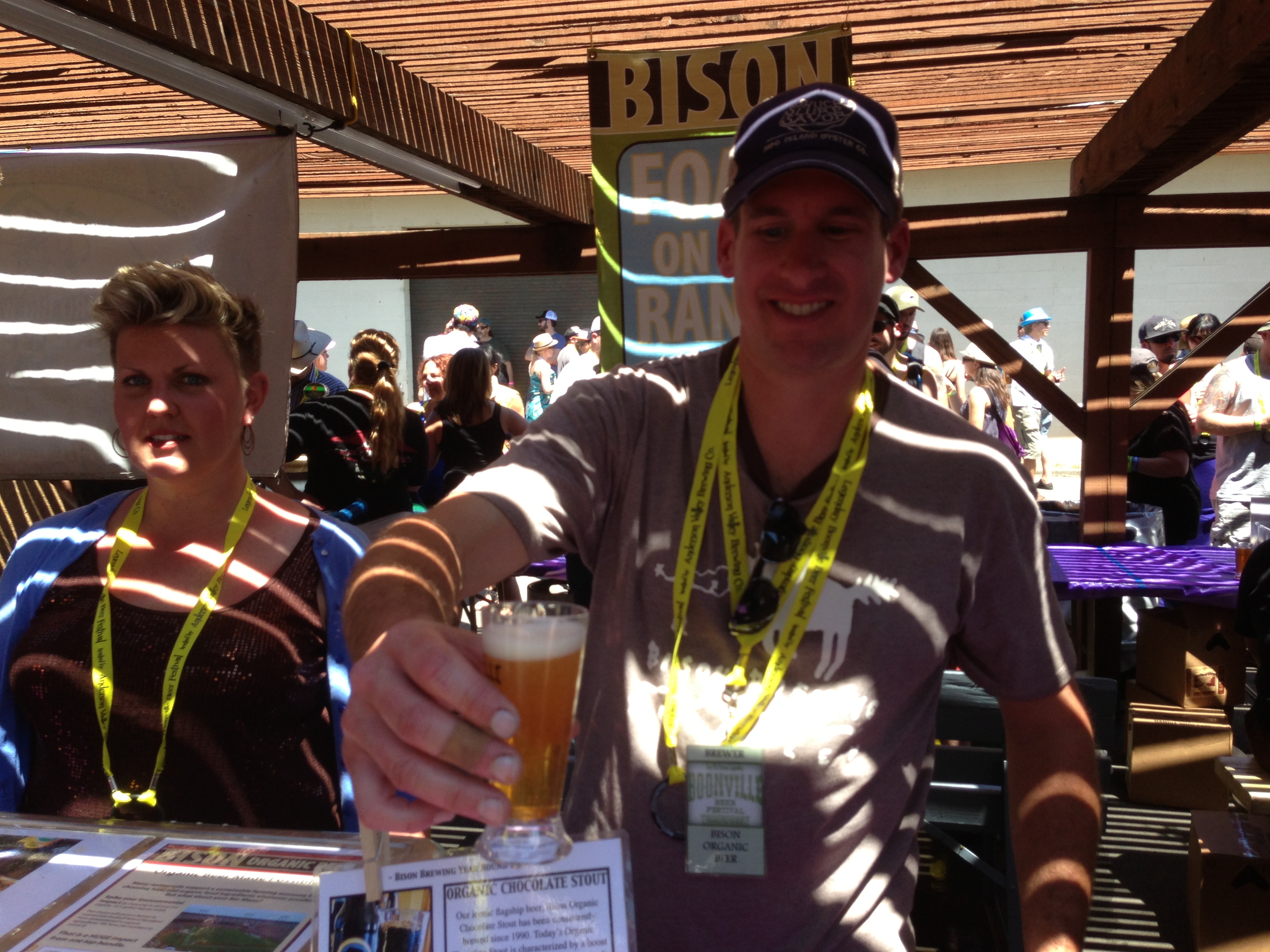 The Boonville Beer Fest is so much more than just a beer tasting experience. It is an opportunity to catch up with old friends and meet many new ones. And despite the onset of dry and dusty weather in 2013 which also included the onset of spring pollen allergies, our dirty, tired, and worn-out bodies regret nothing. If you ever get the opportunity to experience Boonville’s beer festival for yourself, don’t pass up. It is truly a marvel when it comes to epic beer happenings. See you there next year! 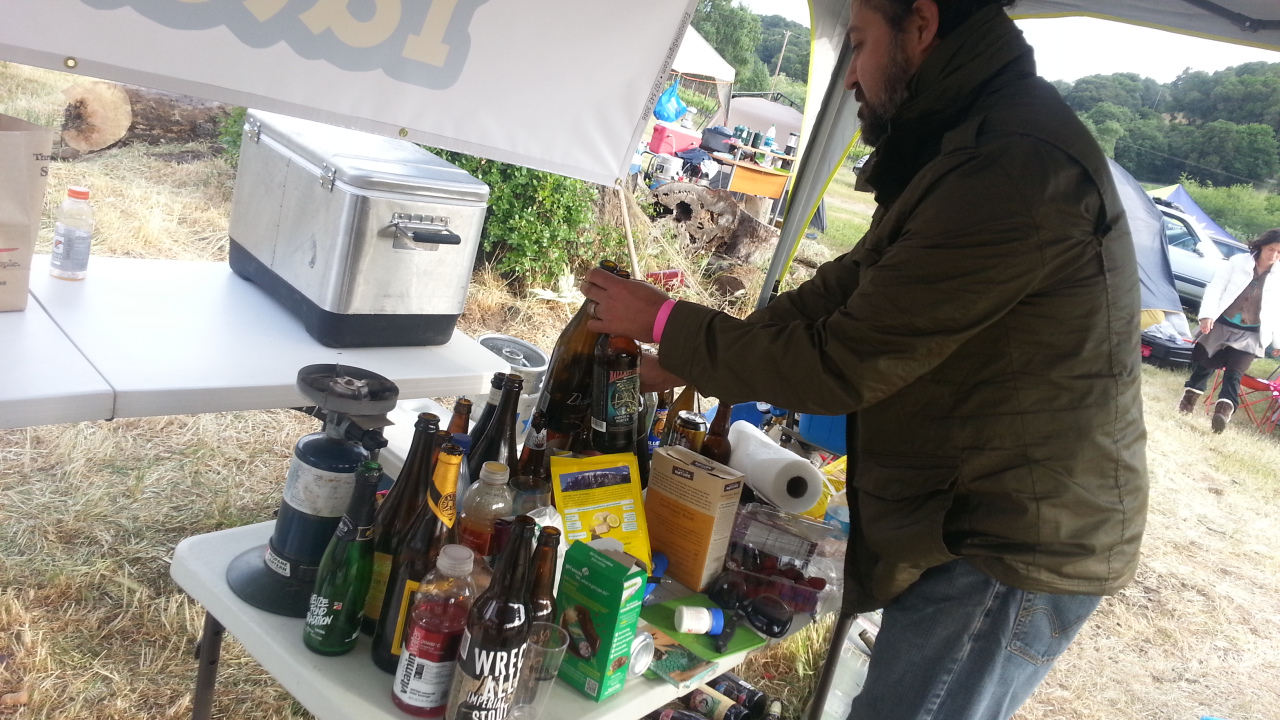