By Margaret Lut. Video by Angelo. 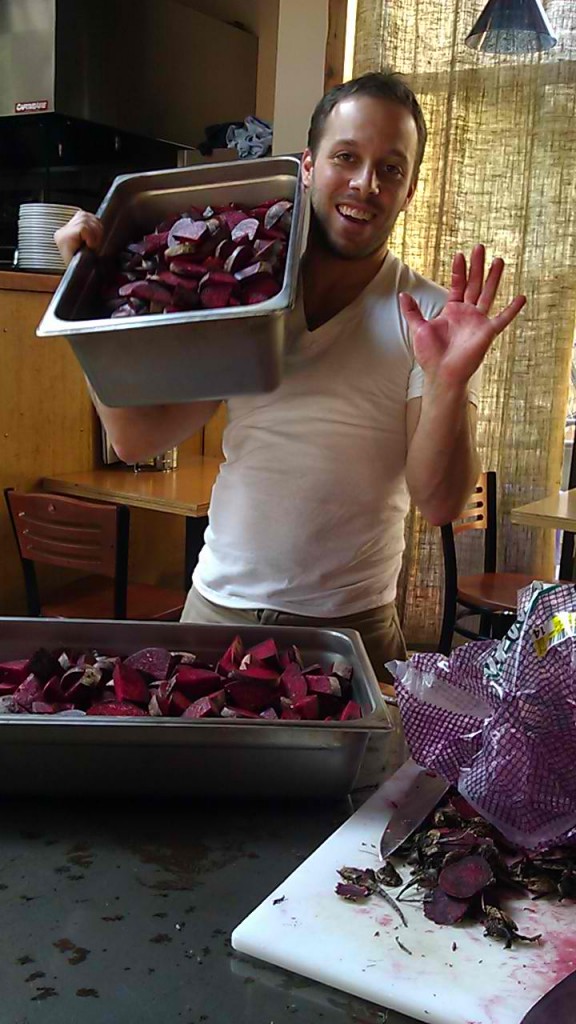 As mentioned in a previous post, on Saturday June 4th Breakside Brewery hosted their first ever Collaboration Fest. Having been inspired by a Beet Ale named “the Mad Farmer” made by O’dell Brewing from Ft. Collins, Colorado, I really wanted to make one myself. I figured, who better to brew such a beer with then Ben Edmunds of Breakside.

Known for making zany beers and using culinary inspired ingredients in a randall to further enhance the flavor of his already well designed beers, I figured Ben would be excited to make a vegetable beer, and, lo and behold, he was.

The first stage of making this beer was the recipe development. We sat down one afternoon and I described flavors that I wanted the beer to posses. Thinking back on the O’dell’s version of the beer, I recalled tasting an earthy, zesty, peppery taste. Being the masterbrewer that he is, Ben made recommendations on hops to use that could bring some of these flavors to the beer.

The final decision was use Vanguard and Santiam hops and to shoot for a low 15 IBU within the beer. After recently tasting this beer during the fest, I would never have guess that the IBUs were this low. There is definitely a spicy hop bitterness to the beer that just hits your taste buds as it finishes. Wanting a medium bodied, well-balanced malt bill, the bulk of the malt base is Golden Promise with some Wheat and Vienna malt added. We decided there was definitely going to have to be a spice added to the beer and while initially we thought of adding Pistachios, we later nixed that idea and added a little ginger as a recommendation from the man from O’dells that made the Mad Farmer himself, Zach Turner, the Quality Manager at O’dell. Zach was nice enough to talk with me about the recipe for the Mad Farmer which gave me a lot of good insights as to how to formula my own version of his beer. 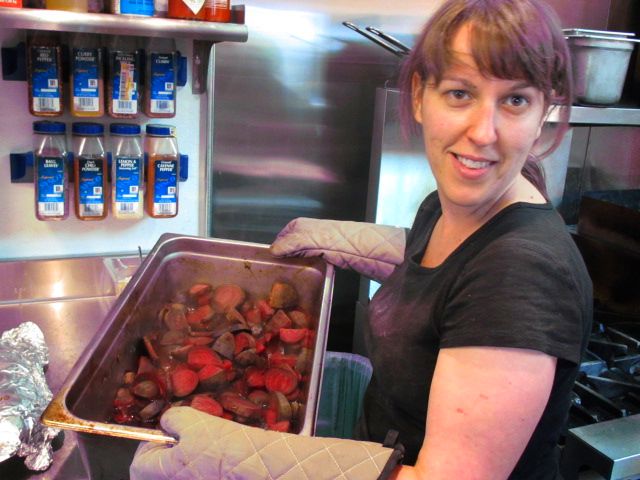 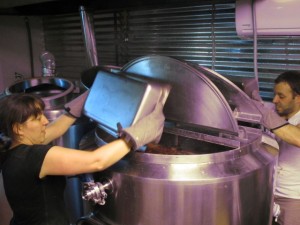 Once brew day came, the first thing Ben and I had to do was cut up 30 pounds of beets and roast them in Breakside IPA. While that was happening, we were able to mill the grains, heat up the kettle and start the brewing process. The roasted beets were added 30 minutes in the boil which resulted in a beautiful pink hued head immediately forming. The beets did not impart as much color as we had hoped, so to intensify the redness,  beet juice was added before the kegging process.

Once the brewing was done and the beer was transferred to the frementor, we did not expect the yeast to be as excited as they were in fermenting the beer. Apparently, over the course of the next couple days the beer was fermenting ferociously out of the fermentor. The resulted in an ABV of 7% and a clean and handsomely refreshing beet-iful brew known as “Margaret’s Beerscht.”

Breakside will release a Saison rendition of Margaret’s Beerscht on Wednesday June 15, 2011 at 3PM. 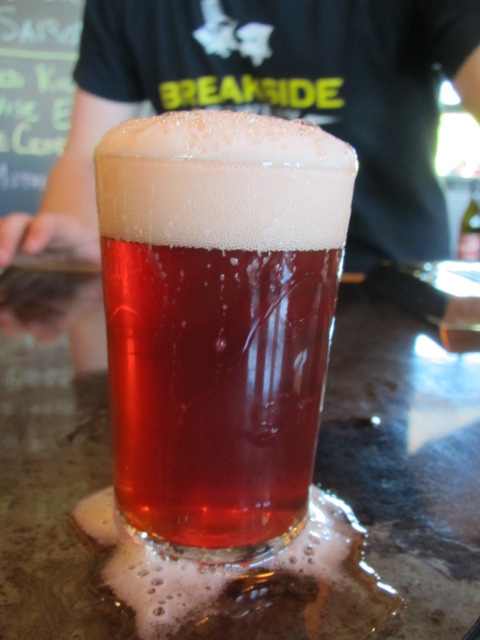