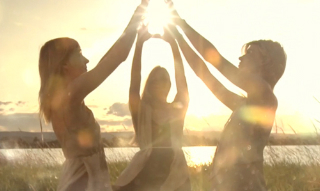 The Northwest Film Center celebrates all things local August 12th at 7pm with Portland filmmaker Leif Peterson. His “Origin Series” explores creation myths such as Cain and Abel or the Garden of Eden. Following the screening, the Film Center invites you to taste, or rather drink, the forbidden fruit at a cider tasting and gluten-free soiree.

Tap into Oregon’s origins with a cider tasting from its own Bushwhacker Cider, Wandering Aengus Ciderworks, and Tieton Cider Works and snack on gluten-free delectable goods form Portland’s Abby’s Table and Back to Eden Bakery.

You don’t want to miss this mix of local film, food, and cider. Portland’s grown and raised come to mingle at this screening with director in attendance. Come celebrate Portland and all the fruits of its labor. This fun and gluten-free event will be held in the Portland Art Museum’s sculpture garden, turned Garden of Eden for the night.