Here is the first part in Brewpublic’s 24-hour beer adventure in Astoria, Oregon. 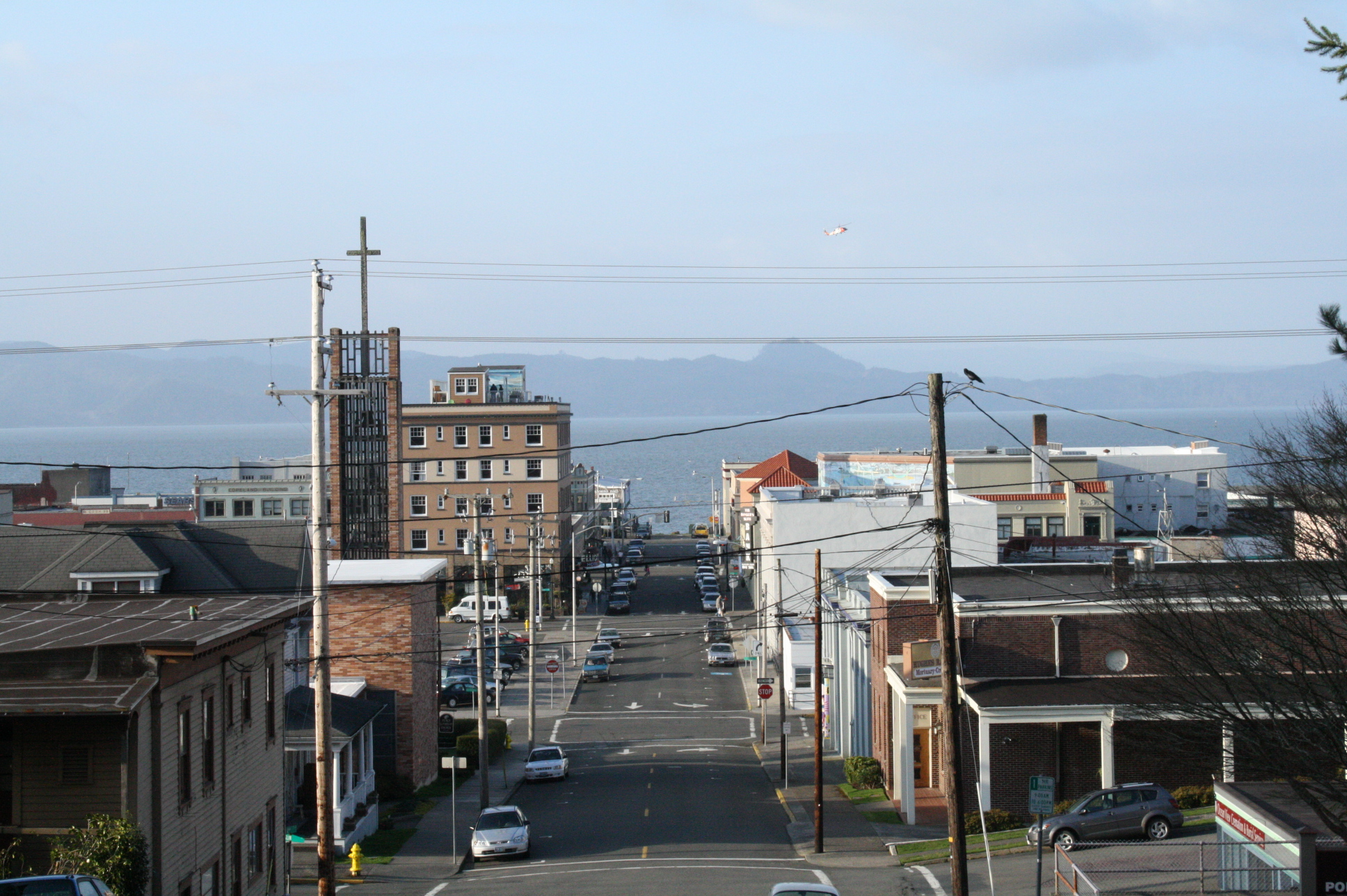 I had been to Astoria, Oregon before, but never on a beer crusade such as this.  Like many beer reporters of late, I was delighted when I received an invitation to join “the Astoria Ale Trail”, a visit with Astoria’s quaint yet burgeoning beer community. 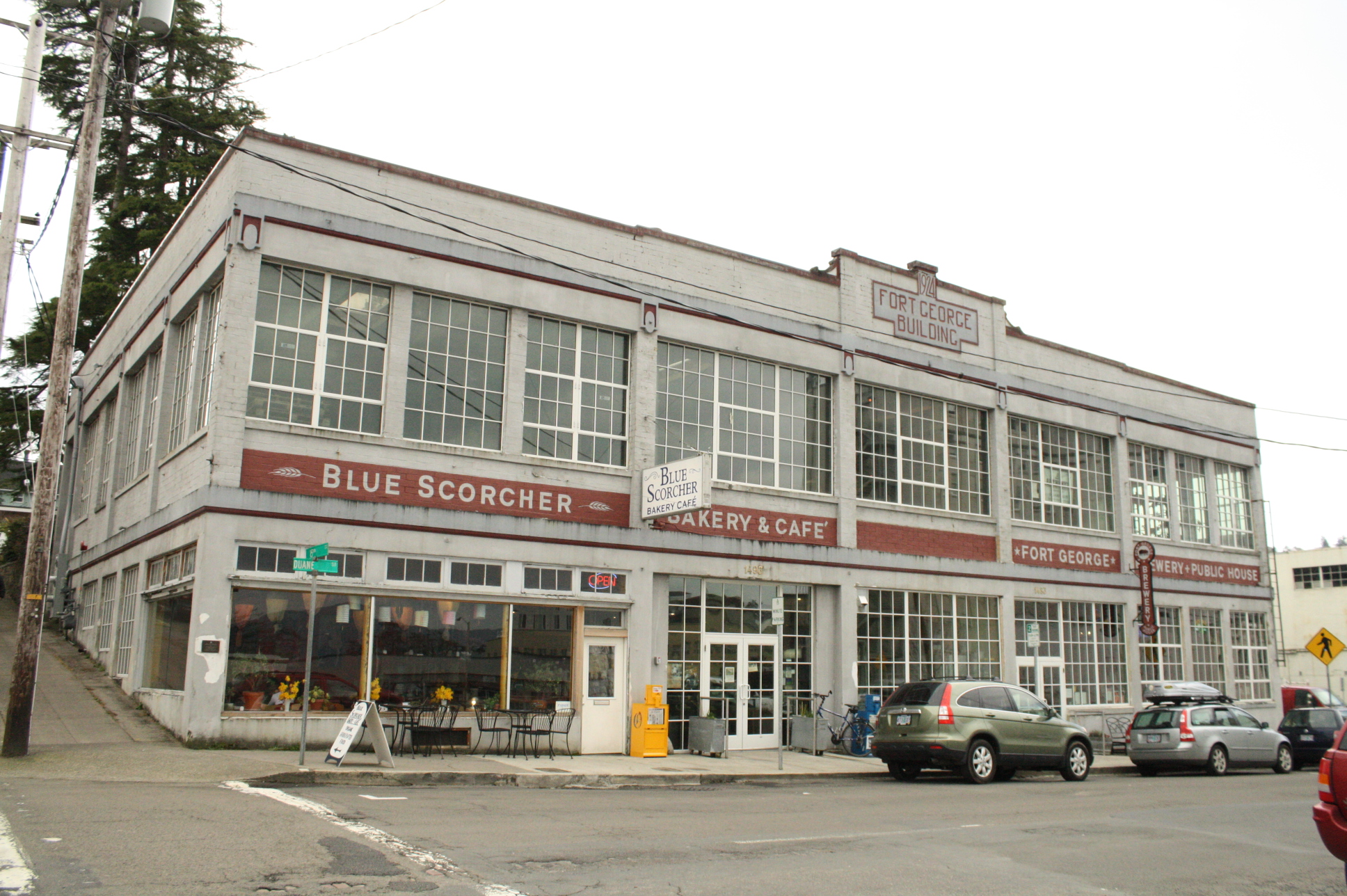 plethora of styles concocted by Chris and head brewer Jack Harris, with some highlights including the Cavatica stout aged in 15-year-old Heaven Hills bourbon casks, the piquantly hopped Vortex IPA, the Grand Crue, now available in 22-ounce bottles, the Lovell Lager, the first Pre-Prohibition lager produced in Astoria since the 21st Amendment passed in 1933, and sitting in the fermenter is this year’s Illuminator, a bourbon barrel-aged doppelbock scheduled to release on Mother’s Day. Fort George is also producing a special XVI Chapel Imperial IPA that employs the Ingelmunster yeast strain being used for Portland’s Cheers to Belgian Beers even coming up on May 2. 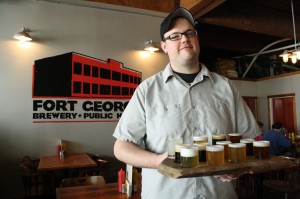 “A lot of people have been making Belgian IPAs lately” said Nemlowill “but they kind of come across as a Tripel that’s a little bit more abrasive, with just a little bit more hops there. We felt that the true way that style should be made, if you’re going to call it an IPA, it should have enough hops, that that is the first thing you smell and the nose that you get on that beer. And it should have enough hops to balance out that sweetness.”  The Belgian XVI Chapel is triple dry-hopped to “overwhelm the Trappist yeast.” 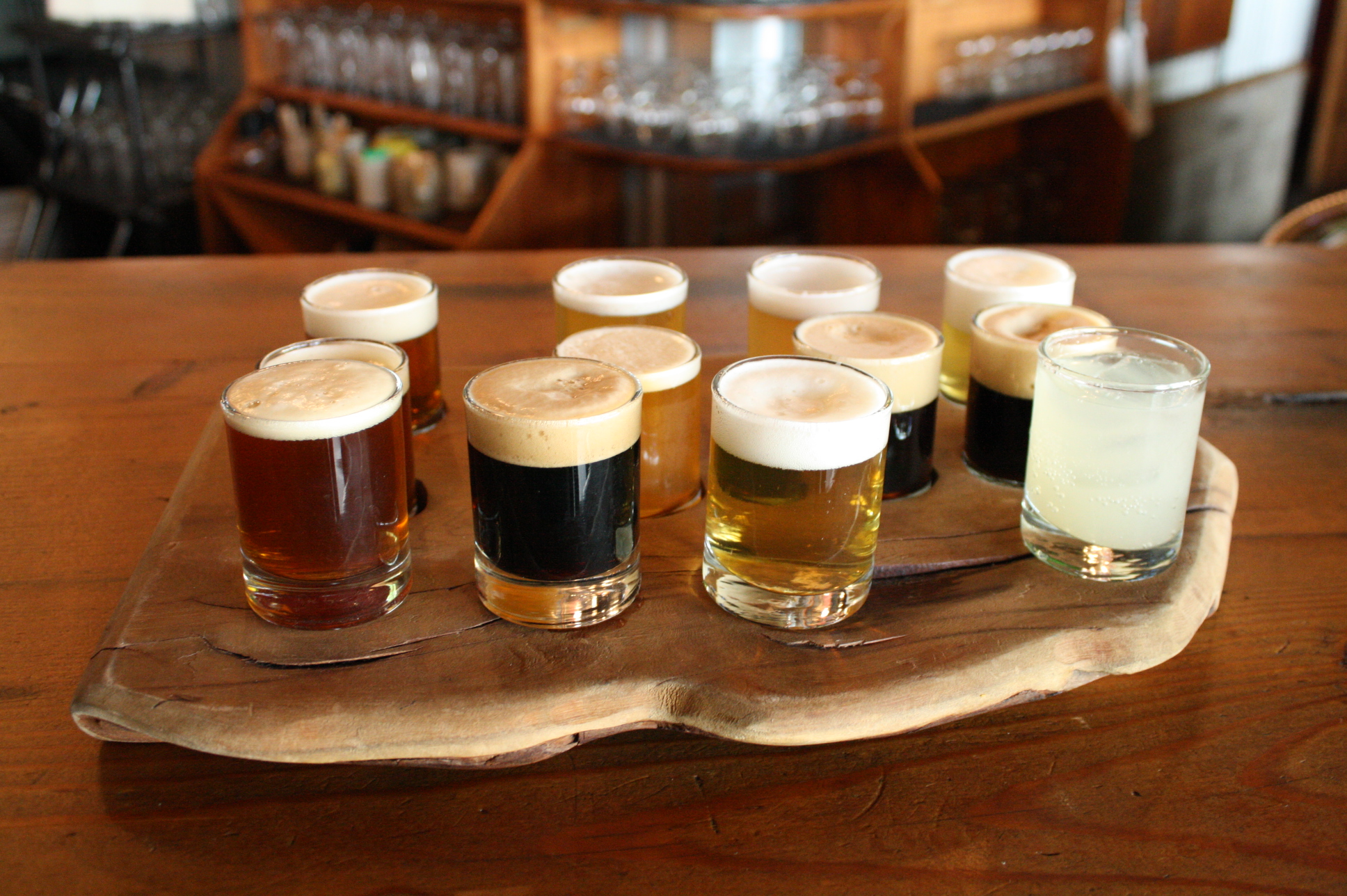 Nemlowill kept on his toes working the first half of a double shift managing the bar, periodically checking in with us to see if we needed anything and taking a moment here 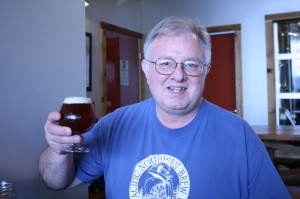 and there to chat about his wonderful establishment.  We had an invigorating conversation with Bartlett, learning much about Astoria’s rich history. He provided me with a tremendously insightful late 1980’s piece by Evelyn G. Hankel called “Early Astoria Breweries” that unlocked a rich history of beer dating back to 1872 when Michael Myers of Switzerland made history by opening the Astoria Brewery, the city’s first brewhouse. The Weekly Astorian, in 1871, reported that “Mr. Myers has facilities seldom equaled for

carrying on a successful business, and the orders on his books show his success.” Since the Astoria Brewery, many other breweries, including the Columbia Brewery (1875) and the North Pacific Brewery (1884), came and went serving the multicultural waterfront town with refreshing brews. What today is known as the city’s Ale Trail, over 100 years ago, might have have been known as  Lager Lane, since the bottom-fermented variety of beer was king back then. Today, a few pubs built after a devastating 1920’s fire that burned away most of downtown 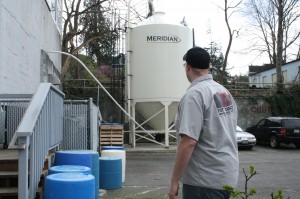 Astoria remain. The Triangle and the Portway both built in the 20’s are dingy dive bars that cater to the blue collar crowd and feature a few craft beers on tap amongst yellow swill and chiming video poker machines.  Since the statewide smoking ban in Oregon, these places have become far more tolerable for us clean air lovers. Chris was happy to inform us that the Triangle is currently pouring Vortex and Cavatica. When I asked him if the pub would carry the bourbon-aged Cavatica, he smiled and said “No. It’s just the regular Cavatica. I think they would propably be pretty scared if they saw what we charged for a keg of bourbon barrel Cavatica.” 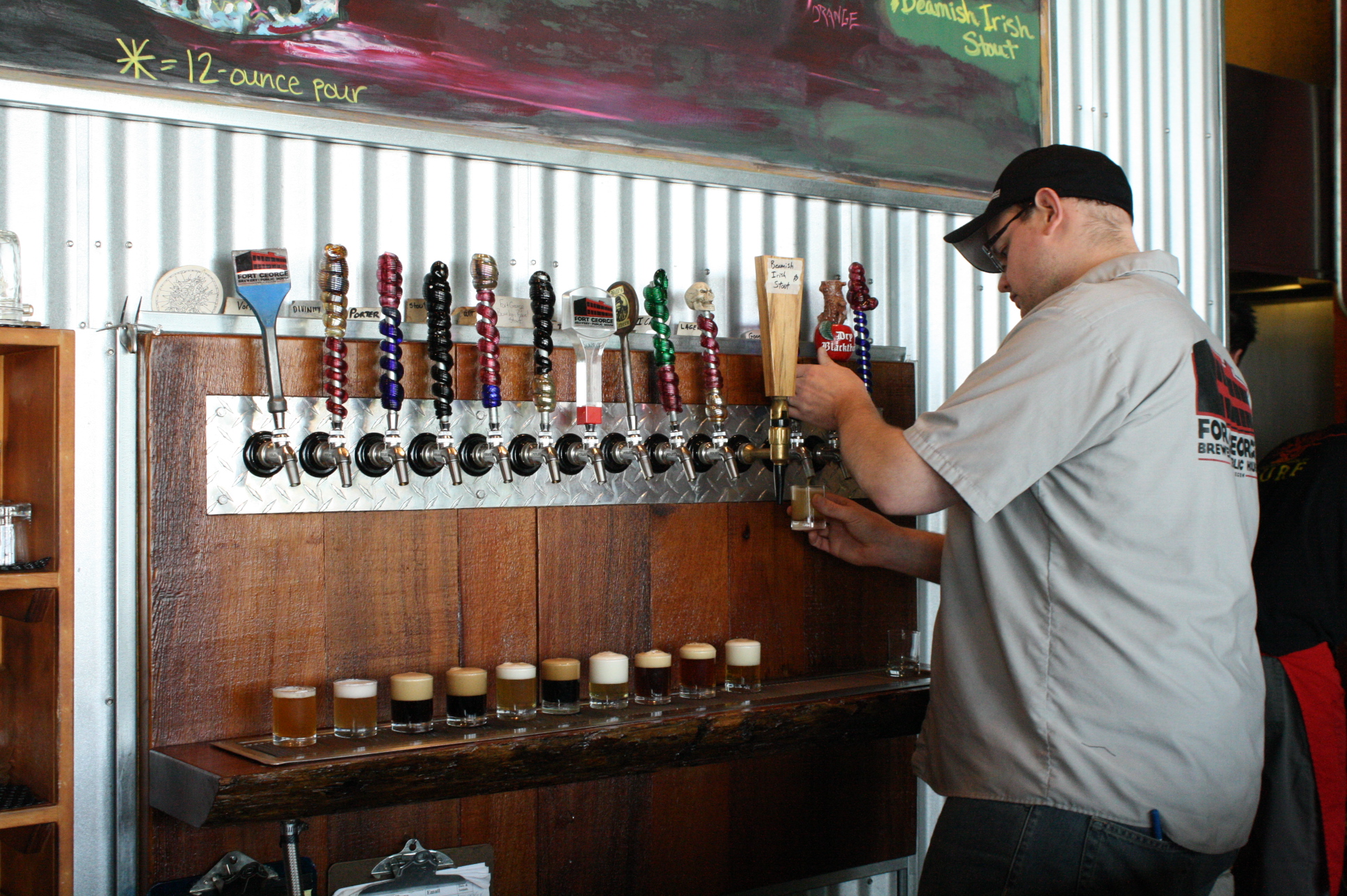 Astoria, it turns out, was also home to the first white woman west of the Rockie Mountains, a barmaid named Jane Barnes. According to our guide, Bartlett, Barnes “stayed at the Fort, and of course, one lady amongst a bunch of guys created battles and fights. She went back to Britain and ended up marrying one of the Northwest or Hudson Bay Company guys and she came back (to Astoria). Back in the days when it was politically correct, which is unpolitically correct now, our town had Jane Barnes Day races where waitresses from local pubs would race with carrying trays with pitchers of beer.”  Today such events are enjoyed by all at the Oregon Brewers Summer Games. 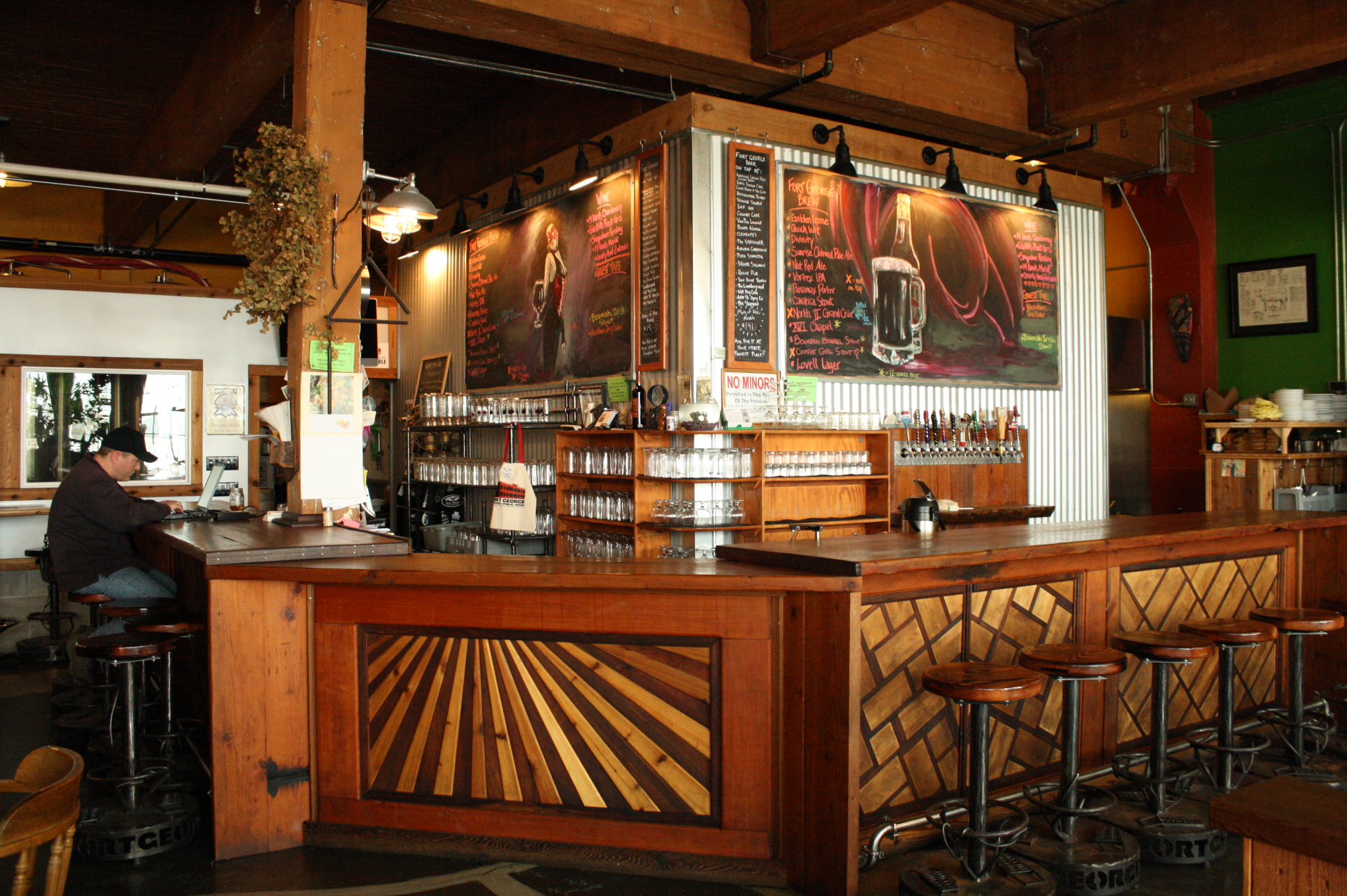 Twenty-four hours in Astoria, Oregon is just a tease when it comes to discovering all that the town of just over 10,000 has to offer. Filled with a staggering amount of things to do and places to see, the city’s general populous seems in tune with much of its rich history. This might directly correlate with the number of museums and beer bars that outrank Portland per capita. Said Bartlett:”A lot of folks here are really focused on the history, because that’s one thing we have over Portland or Oregon City.” 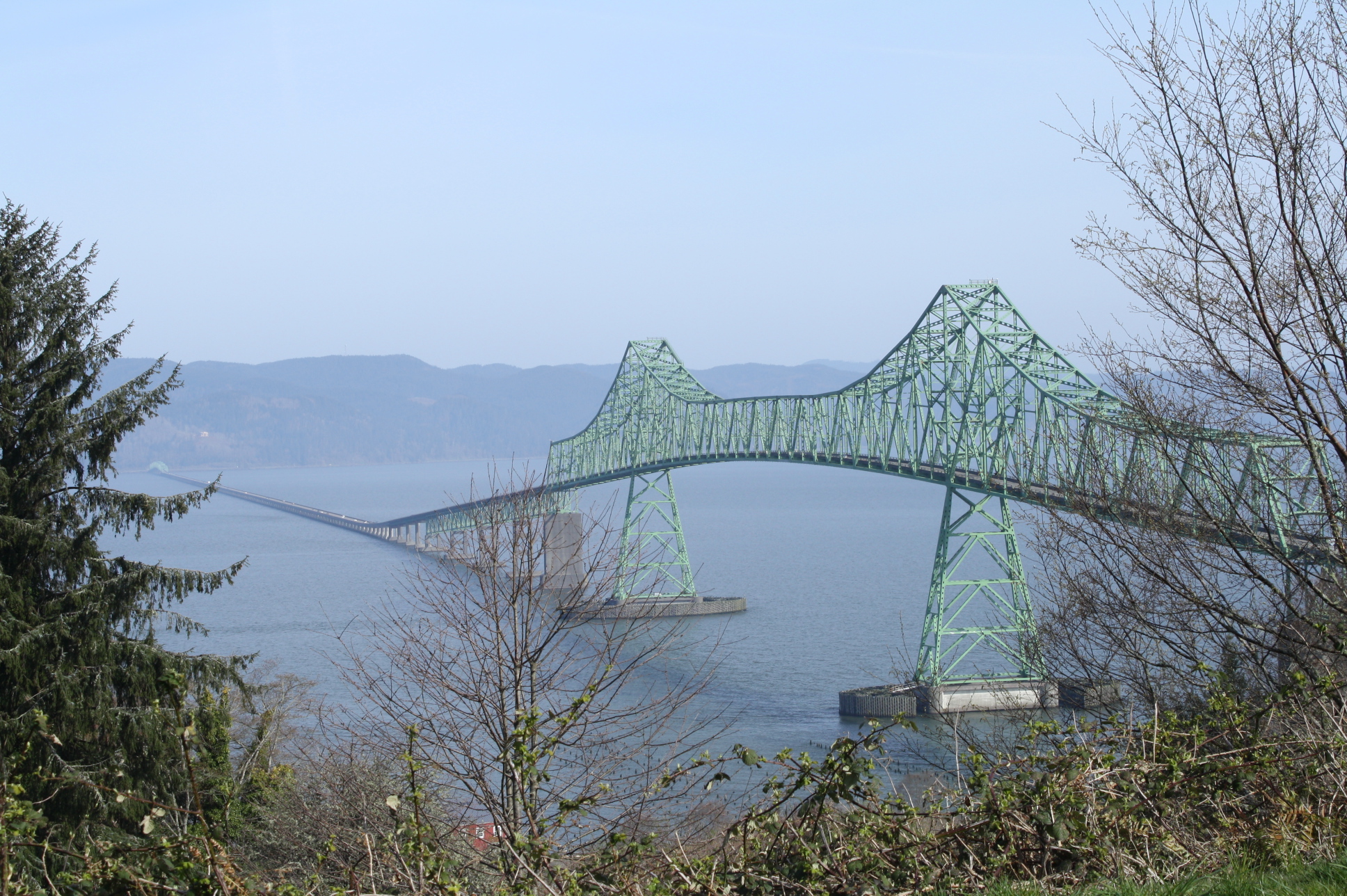