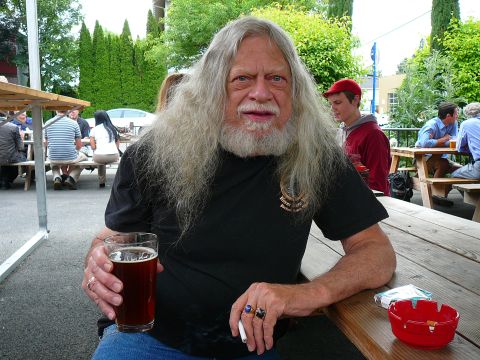 Whatever you are doing, and wherever you are at 3 p.m. your time on Sunday, February 13, make sure to hoist a glass to Don Younger, the venerable publican of the world-famous Horse Brass Pub, who died January 31.

“In his hometown of Portland, a wake will be in full swing by 3 p.m. at the Horse Brass Pub. Attendees at the time will be raising their glasses to Don. But hundreds, if not thousands, of people around the world who knew Don and loved Don aren’t able to be there in person,” says organizer Lisa Morrison. “So we are having a worldwide toast — a virtual wake, if you will — to help bring us all together, at least in spirit.”

The toast will travel around the world, because it will happen at 3 p.m. in all time zones.

“So, at 3 p.m. your time on Sunday, organize a gathering of your own or just stop what you’re doing. Pour a glass of something you think Don would appreciate. And raise a toast to one of craft beer’s biggest champions and most colorful characters,” Morrison says.

Younger, a true beer pioneer, took the Horse Brass from a one-tap tavern to a beer mecca, consistently named among best beer bars in the world. It is a favorite hangout for brewers, beer geeks, neighbors and visitors alike.