Taking place on Wednesday, August 14, in the parking lot of Bend, Oregon’s 10 Barrel Brew Pub is the inaugural Beer Wars IPA Fest : Battle of the Beer Cities. For all of you fortunate Central Oregonians you will get a one stop shop for some of the 16 premiere IPAs from Portland, Seattle, San Diego and Bend. After sampling these IPAs on Wednesday evening you will find out once and for all which beer city brews the best IPA and will hold claim to the title of Best IPA Beer City. 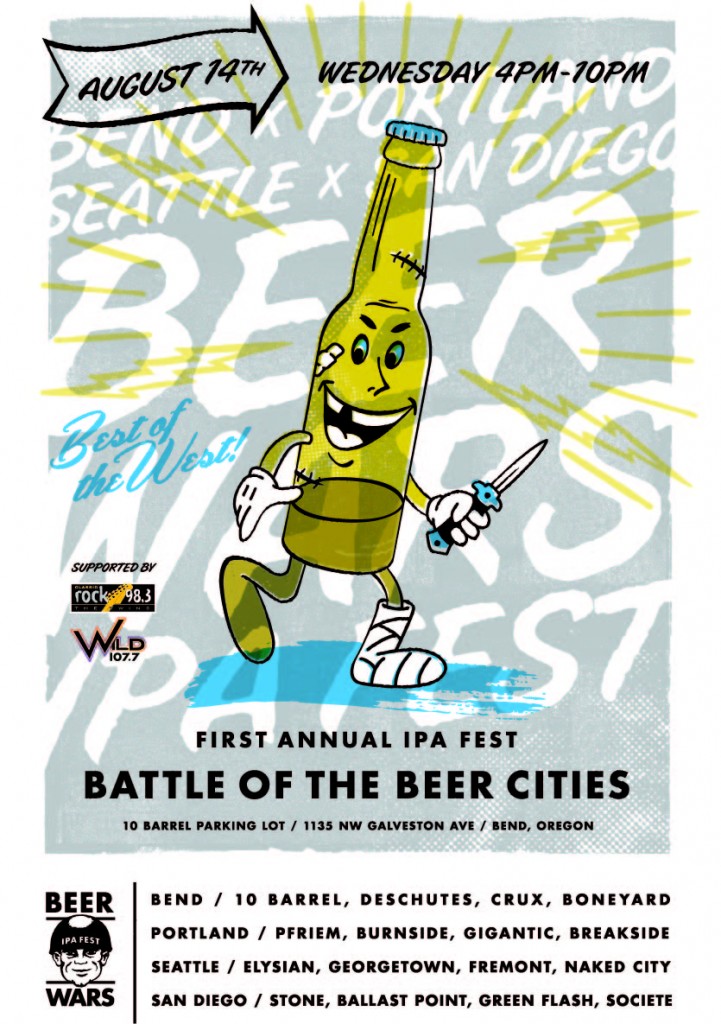 Portland Breweries (and those in Hood River and Milwaukie):

So kick off Bend Brewfest one night early at 10 Barrel Brew Pub to sample some great West Coast IPAs. I’m sure you will not be disappointed.