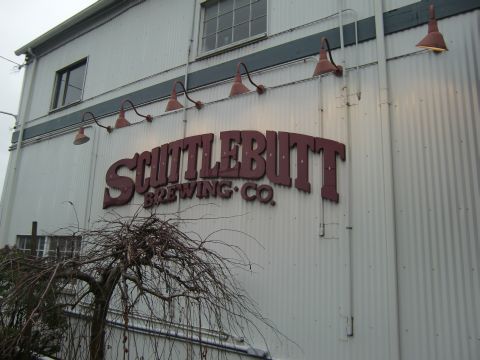 Hello again my beer loving friends.  In the previous post in the North Puget Sound Beer Adventures series we shared with you our experience at a great craft brewery in Mulkiteo, Washingon named Diamond Knot. 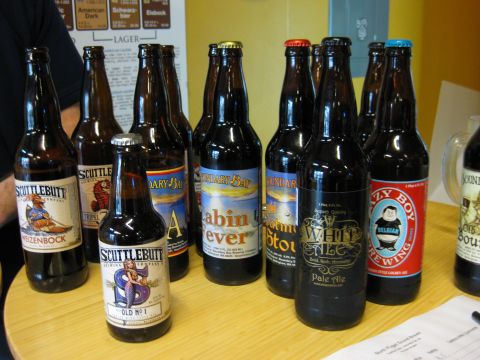 In this post we will move not too far up the road and highlight some great things about THE brewery of Everett, Washington.  Scuttlebutt Brewing Company, established themselves in the summer of 1994 with their first beer being brewed on July 4th.  Scuttlebutt is a what I think of as the quintessential Pacific Northwest craft brewery.  They brew all the styles we’ve grown accustomed to, while also venturing out of the box with with some exceptional seasonal brews and the occasional rare style.  They stay true to Everett with a “local first” mentality while providing us Cascadians a great place to visit when searching for good food and great beer.  Anyone in the Everett area who enjoys this combination has more than likely enjoyed a pint and a meal at their waterfront public house.
We began our visit visit at their public house which used to house their 20-barrel system before they moved the brewing operation to a new space across town in April of 2007.   The public house is a great spot to taste any of their current draft beers and also to have a great meal.  They have some great seafood on the menu along with some traditional fare that all goes well with their beers.  After arriving we sat down with the owners Phil and Cynthia Barrett with some tasters of their latest releases.  Before I get to those I’ll explain how their brewery’s unique name relates to Cynthia, or maybe I’ll save myself some time and just quote their website:

Cynthia was given the nickname “Scuttlebutt” by her father before she was born because it was the “scuttlebutt” -or gossip at Norfolk Naval Station where they were stationed, that they were going to have another baby. He called her Scuttlebutt when she was born and until her 13th birthday when at her request he discontinued the name by dropping the last syllable. She has been called “Scuttle” ever since.

Besides the root of their namesake you can also find a little more detail on the beginnings of the brewery on their website.  Phil and Cynthia made the visit great right off the bat.  It was like being invited into their home and Phil breaking out some of his prized homebews. 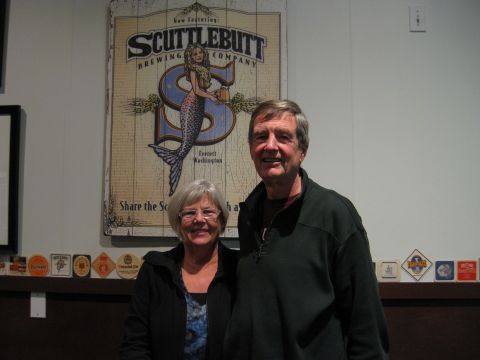 Although he offered me every beer on the list I just kept to a couple, which included the Winter seasonal 10º Below (Phil’s favorite at the time) and the Gale Force IPA (which has always been a favorite of mine).  After sampling these top-notch brews we decided to take a trip over to the brewery.  We did take a brief detour over to their soon-to-be-opening restaurant location just to see where it was.  At the time of our visit they were making good progress on the construction of the new restaurant, which is just up the road from where they are now.  Everyone is looking forward to the new place, as it will be a larger restaurant with a much larger kitchen, and will include a full bar with numerous taps for all the tasty brews.   Word is it will be opening in April, and a stop there is definitely on my list of things to do when we return to the area at the end of April.

After the quick drive across town we arrived at the brewery.  They still have a 20-barrel system but they now have more space for room to expand for things like more bottling and other side projects that the original brewpub’s limited space location didn’t provide.  As of right now they use the mobile bottler that a couple of the other brewers in the area use but since they have the space now they are considering having their own bottling line.  They typically will bottle half of their 20 bbl batches which ends up being about 350 cases, mostly distributed to the Everett, Bellingham, and Seattle areas.  Although, it’s common to see their brews as far south as Vancouver and soon, if not now, in the Portland area.  The new distribution to Portland was one of the big topics we talked about during the visit.  At the time Phil and his staff were in the process of making the decision about which brew would be worthy to be the first to hit the shelves in Portland.  Phil seemed to be leaning towards their Tell Tale Red which I have tasted since and is a great balanced red but it seemed like there was also a chance for their IPA or something a little stronger. 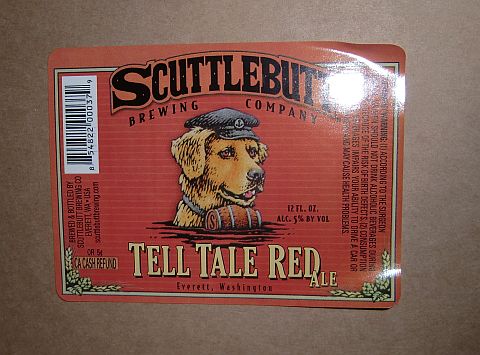 I guess we’ll have to keep our eye out for whichever one they have decided on.  As you can see they have a nice distinguishable label that will have an interesting character represented depending on the name.  This expansion into the Portland market is resulting from some great growth over the past few years with a 17% increase in sales just last year. 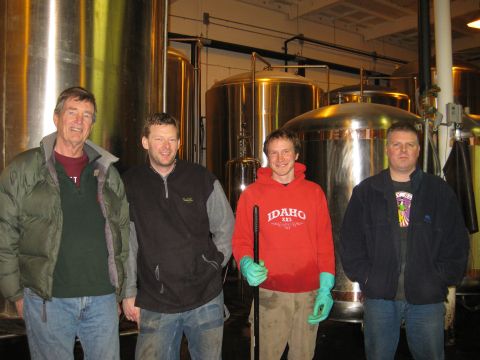 Some of the successes and growth are obviously a direct result of the great job the brewers have done as they put out a consistently great beer year after year.  Head brewer Matt Stromberg has been brewing for Scuttlebutt for 10 plus years after spending his early brewing years with McMenamins. 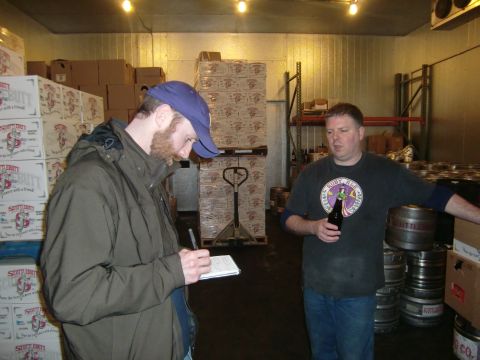 Phil has a great brewing team with a lot of experience as these guys continue to produce some great drinking brews time after time.
Keep your eyes peeled for those bottles of Scuttlebutt at your local beer store and next time you’re up in Washington look for them on tap.  And don’t forget to keep watch for the next in the series, we’ll be featuring another great one in Everett; Lazy Boy Brewing.