Founded by SBS Imports and the Seattle Beer Collective they are pleased to announce the return of Cider Summit NW Festival to Portland, OR.  The fourth annual event will take place Friday, June 20th from 2:00 to 8:00pm and Saturday, June 21st from Noon to 6:00pm. Cider Summit is expanding to the new Fields Neighborhood Park at NW 10th and NW Overton in the Portland’s Pearl District. 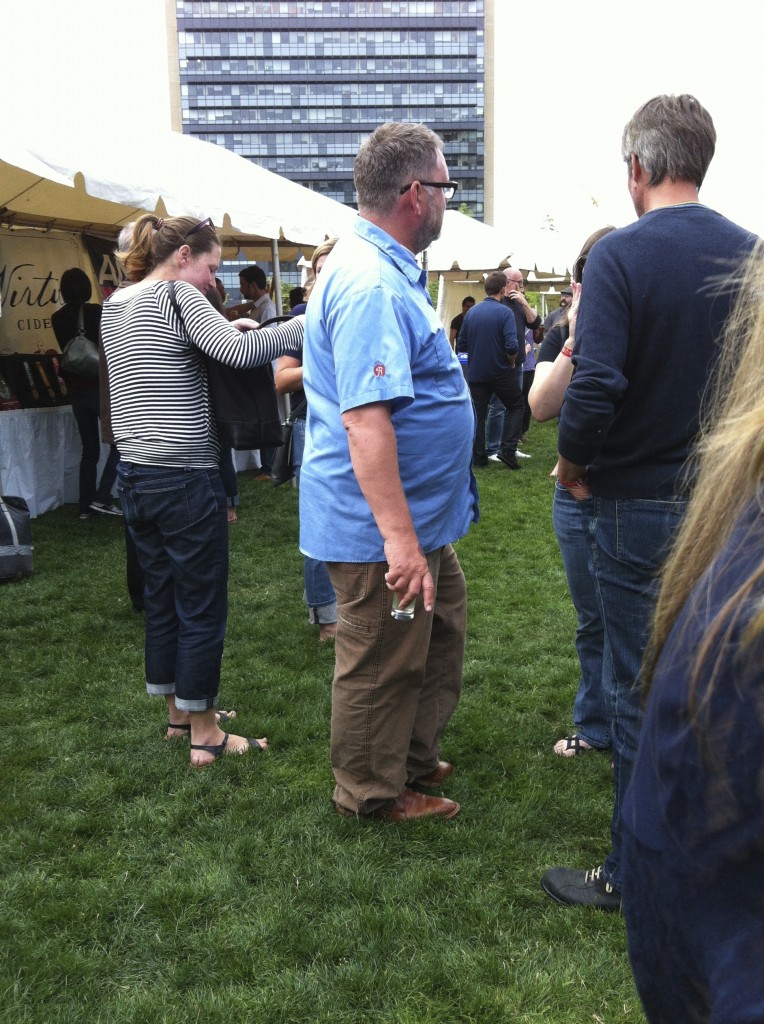 If you’re already a fan of cider or are just getting into the burgeoning craft cider movement, Cider Summit is a festival not to miss. Having attending this festival the first three years, we strongly encourage you to add this one to your calendar. The ciders that are featured are not your average supermarket variety, there are ciders that feature hops, different fruits and barrel aging that can only add to the nuances of craft cider.

The owners and cidermakers will be on hand to inform and guide guests through the samplings which will be available in 4-ounce tasting portions in a souvenir festival glass. In addition to the superb range of ciders, the event will feature the DoveLewis/Unleashed by Petco dog lounge, expanded food selections from World Foods & St. Honore Boulangerie, special dessert pairings from Smitten Truffles and even cider ice cream.

Below is the complete list of ciders that will be poured at this year’s Cider Summit. Take a look and decide now on which craft ciders are on your must try list. 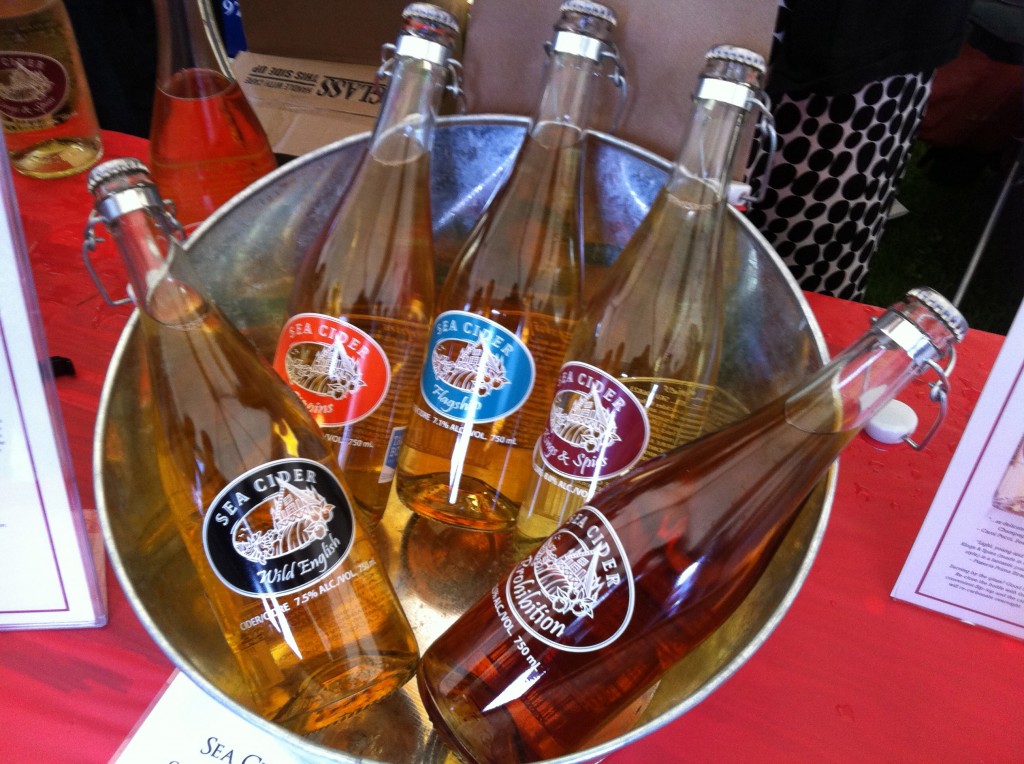 And to keep the crowd entertained there will be live music each day produced in conjunction with new event beneficiary, Cascade Blues Association. The music lineup features:

For those of you east of the Willamette River, Brewvana Brewery Tours shuttle will run a continuous loop from SE Portland to the Park. Cider Summit also encourages the use of the Portland Streetcar to the event. 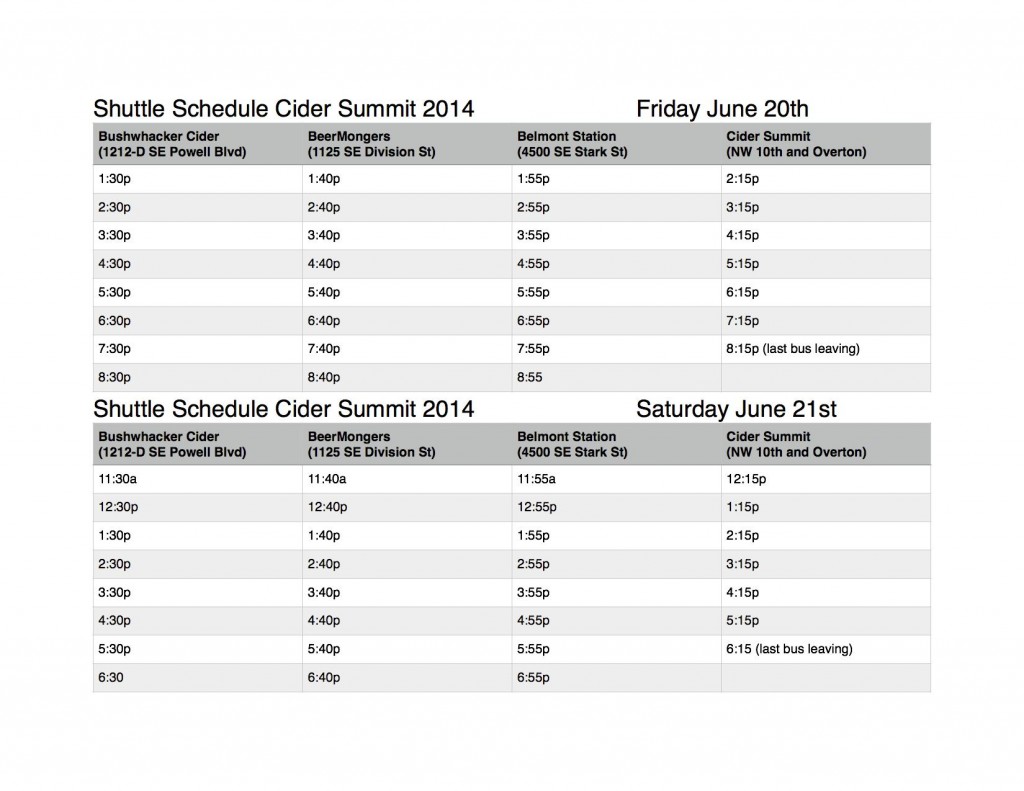 “We believe we’ve created a unique event,” noted Ian Roberts of SBC. “Interest in artisanal cider is exploding right now, and this event is the premier sampling opportunity for both the cider enthusiast and cider curious.”

“We appreciate the generous support the South Waterfront community provided for our first three events,” added event co-founder Alan Shapiro of SBS Imports. “However thanks to the great reception of the Portland cider community we simply outgrew the space. We look forward to a long and successful partnership at our new home in the Pearl.”

Tickets are $25 in advance and $30 (cash only) at the door and are available online via Stranger tickets, Umpqua Bank Pearl District branch, and at many of the area’s leading bottle shops. Admission includes a tasting glass and 8 tasting tickets. Additional tasting tickets will be available for sale onsite at $2.00 per ticket. 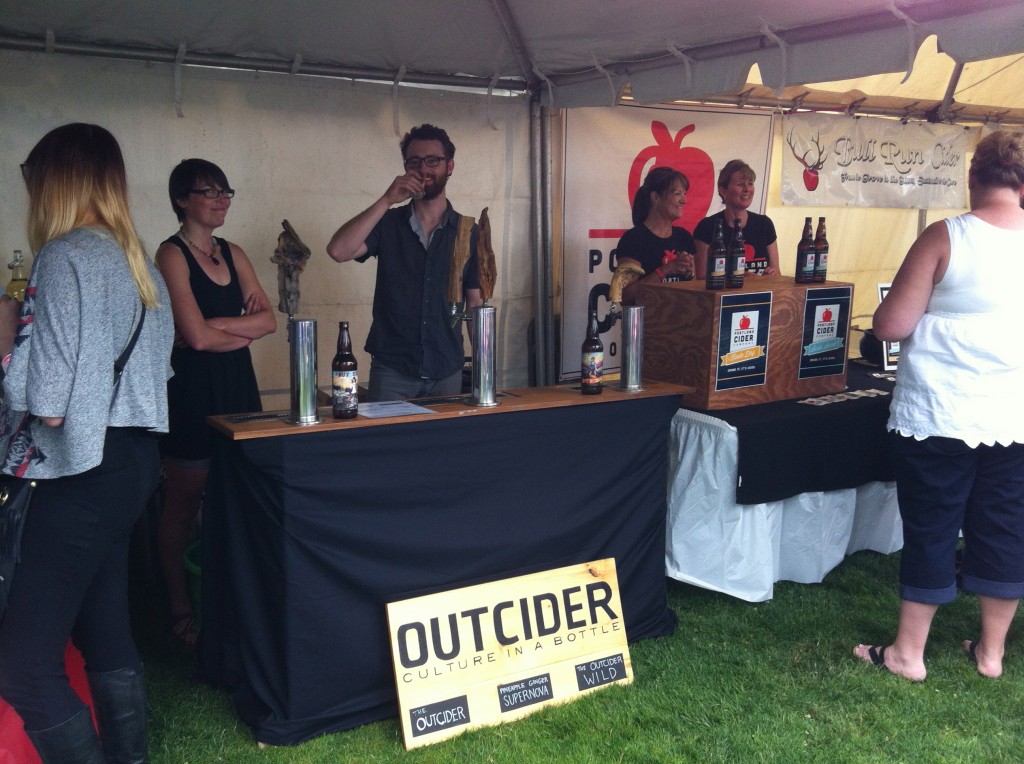 New for 2014 is a special VIP ticket available for $35. This ticket includes 4 additional tasting tickets and exclusive early admission on Friday from 2:00 to 3:00pm. Only 200 of these tickets are available – exclusively online via the event website. Re-admission will be allowed at any time with event wristband and tasting glass. The event is 21 and over. Dogs of all ages will be allowed on event grounds. For more information including a list of participating ciders please visit www.cidersummit.com.