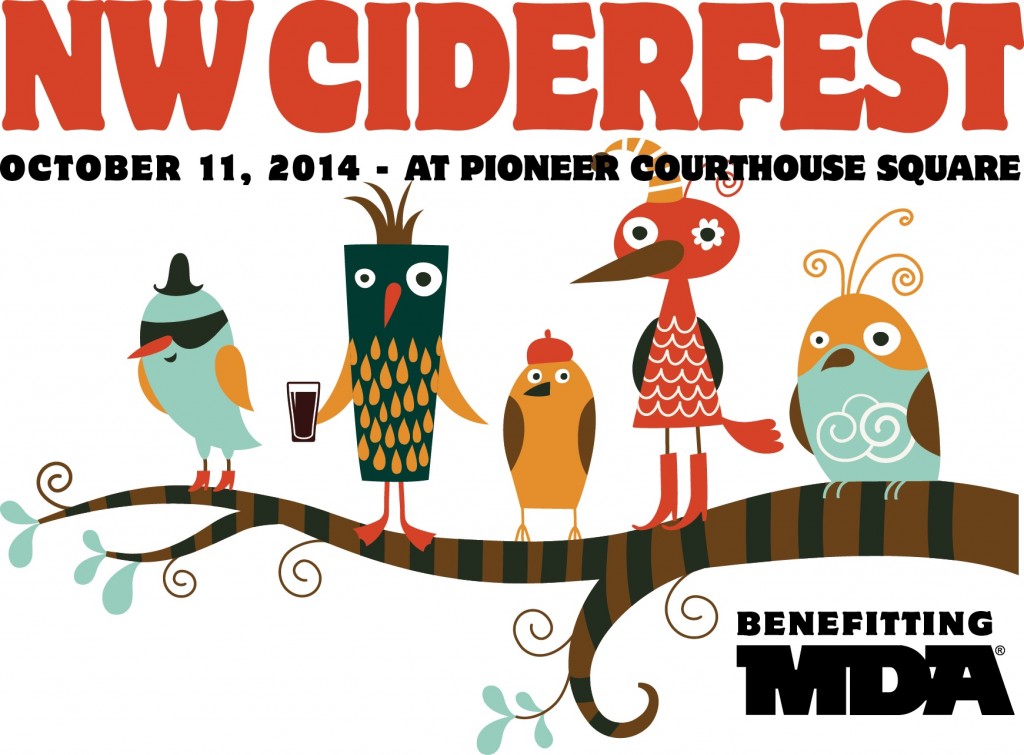 On Saturday cider from the Pacific Northwest and beyond will take over Portland’s Living Room from 10:00am to 8:00pm. Yes, the Inaugural NW Ciderfest will be taking place at Pioneer Courthouse Square for all ages, both young and old, to enjoy on October 11th.

The NW Ciderfest is said to be “A celebration of the NW autumn that can’t be beaten and its most delicious gift: the apple. Come enjoy the creations from over 20 cideries in the Fred Meyer Tasting Tent, beat the competition in the apple pie eating contest, or listen to some of Portland’s finest home grown musical acts.”

There is no need to leave the kids at home for NW Ciderfest. The entire family is welcome to join the fun in the Umpqua Bank Pioneer Orchard where everyone can grab some ice cream, go on a pony ride, or play some nostalgic carnival games.

The featured cider makers include:

The Stage Schedule for NW Ciderfest will feature the following:

Tickets are available in advance here or can be paid for at the gate. More detailed ticket and entry information is as follows:

General Admission – $25
General admission wristband for the NW Ciderfest is a 21 and over wristband that includes 10 tickets for cider tastings.

Dreambuilder’s V.I.P. Experience – $75
The V.I.P. wristband for the NW Ciderfest is a 21 and over wristband that includes 20 tickets for cider tastings, admission to V.I.P. area featuring exclusive reserve ciders, hard cider cocktails from the Mixology Showcase, savory cider food parings provided by Nothing Bundt Cakes, and a souvenir glass.

Family Pass – $10
The family pass is an all ages pass for the NW Ciderfest that includes 5 tickets for kid-friendly and nostalgic activities, including pony rides*, carnival games, autumn arts & crafts, cotton candy, and more.  Bring the whole family.
*Pony rides available from 11 am – 5 pm.

One of the many highlights of the NW Ciderfest is their willingness to raise funds for the local chapter of the Muscular Dystrophy Association. The MDA’s mission is to provide healthcare services and support to over 2,400 individuals. The Oregon & SW Washington Chapter of MDA funds four local clinics at Shriner’s Hospital and OHSU Medical Center as well as Oregon Neurology Associates and Sacred Heart, along with numerous support groups and major research grants.

Muscular Dystrophy Association’s Summer Camp is the hallmark program supported by our year-round fundraising efforts. Each year, children with neuromuscular diseases gather at Camp Arrah Wanna in Welches, Oregon for a week of fun and memories.

NW Ciderfest is a collaboration of the local Muscular Dystrophy Association team, the NW Cider Association, and other significant players in the Portland Community.

So make your way to downtown Portland to support an excellent cause and to enjoy some fine craft made cider!