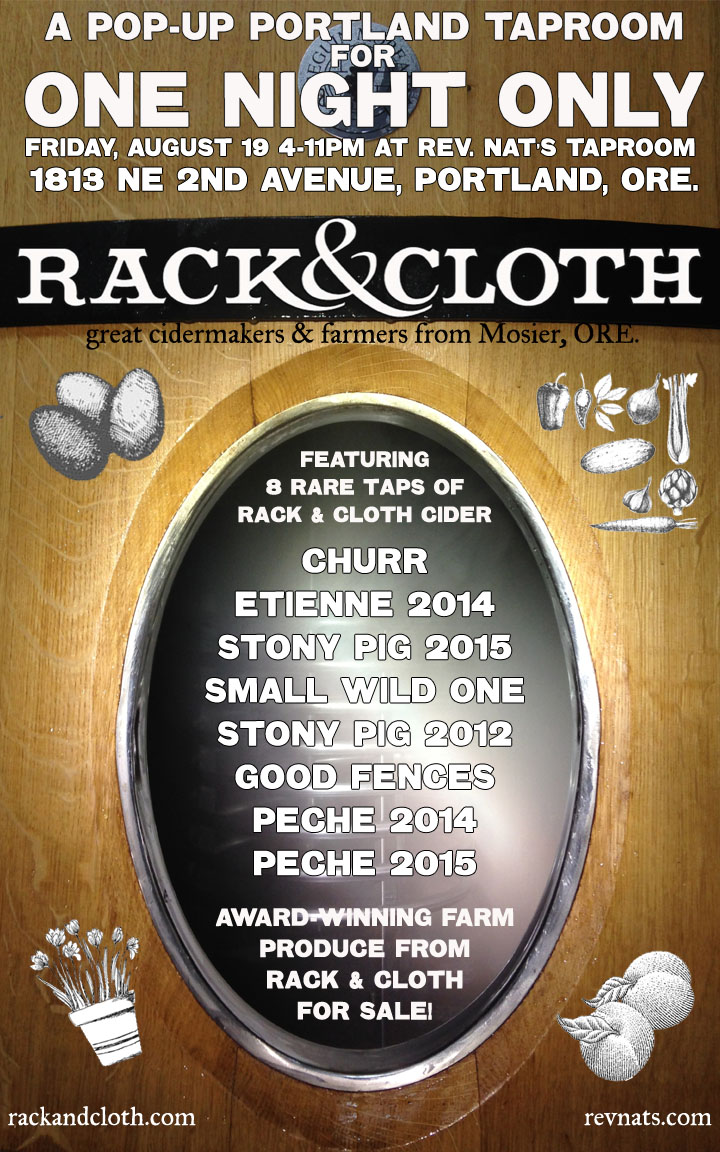 The Rack & Cloth Cidery Pop Up will be bringing the largest selection of its ciders to Portland that includes three ciders that have never left Mosier. Cidermaker and co-founder Silas Bleakley will be in attendance as will Rack & Cloth’s other co-founder, Kristina Nance as she and another member of her staff will be guest bar tending. The ciders include:

In addition to producing cider, Rack & Cloth also operates a farm and will bring fresh produce from its farm to sell on Friday. One of the crops are peaches. Its peaches are widely coveted as the sole fruit used by pFriem Family Brewers in its popular Peche Lambic. Look for the following items on for sale on Friday from Rack & Cloth at its Pop Up.

Rack & Cloth Cidery was founded in 2012 and provides the anchor to Kristina & Silas’ small and diverse farming operation in Mosier. They press and ferment their cider once a year and condition it for several months in oak barrels and French oak foudres. The cider apples are hand-sorted, and prepared in small batches, making its appearance in Portland that much more special.